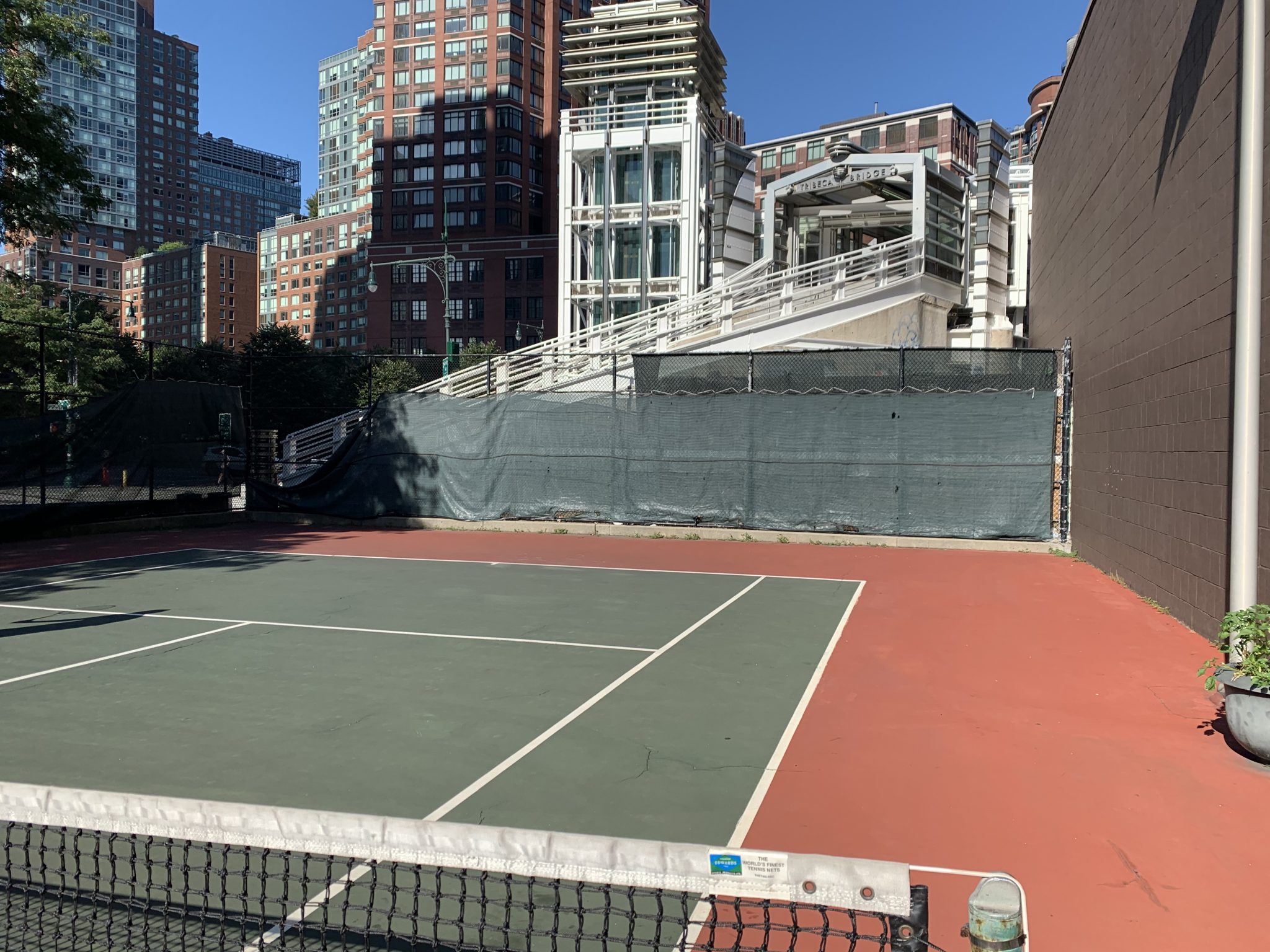 After Pablo Carreño Busta, the man of Asturias, outlasted the dynamic young Canadian Denis Shapovalov the other night — actually it was three in the morning or whatever — Mr. Pleszczynski and I opined that the threats to the Republic were too grave and we must put aside childish games and concentrate on important matters such as why (as people with an intact sense of humor have noted) is it that an old white guy political hack who claims to be some kind of reincarnation of Abraham Lincoln on the subject of race has got himself a Jamaican day nurse? Unless it is true love — which her statements about him cast doubt on — are not the optics ridiculous?

However, when just a few hours later I sneaked out to play tennis at  Chambers Street with all my new best tennis pals (to detail the degree of diversity on the one court at the playground there, I would have to write a sociological treatise on melting in the New York City pot), I changed my mind about sports in times like these. Mr. Pleszczynski, who endures impossible hours, agreed. He is wise, deep-visioned about what counts in the end, unlike some of these ex-friends of ours who have been deranged for the past four years.

What a fantastic guy that Carreno must be. You look at him and you think of Domingo Dominguín, yes, Manolete — classics. The endurance. The calm. The dignity. On the stats, the young hotshot, who is an absolute beauty to watch, all acrobatics and fury and unstoppable speed, had him. He won more points, went to the net about five times more often, had more aces, more total yards run, everything — though, I reflected, also more double faults and what they call unforced errors, that is when you get the other guy to make an own-goal, supposedly your own mistake but somebody has to set it up, right? So I always have had doubts about that “metric.” Observe that on the subject of Billy Beane and his sabermetrics, which no more effectively quantify the endlessly complex game of baseball than the old stats did, I must check with our Larry Thornberry, a confirmed skeptic on the subject. (“Don’t take my RBIs away from me,” I’ve heard him lament.)

Still, think upon it: he had only one double fault over five sets on jet lag, to Shapovalov’s 11. (He had only five aces, to Shapovalov’s 27, but the latter had 77 unforced, nearly twice as many as the Spaniard.) These numbers alone suggest better control and strategic soundness.

I became convinced that Carreño, who is 29 to Shapovalov’s 21 and wise in the ways of the court, was not only zonked out of his mind with jet lag — you could, even on the streaming screen, see his eyes squinting, as in communist sleep deprivation torture as described by Arthur Koestler — he was also deploying the Kutuzov defense against the young phenom’s Napoleonic furia francesa. The latter term actually was coined during the Italian wars of the 16th century — but I digress. They were neck and neck, deuce, ad, break, save break, repeat — when suddenly, bang, Pablo seemed to collapse and Denis bageled him, 6-0, two sets apiece now.

The rest is history and already legend, but the thing is, on that hard beautiful playground a few blocs from the World Trade Center on one side, the mighty Hudson River on the other, with the boys (and even girls) of every color, creed, and custom throwing hoops and touching rims in a wild carnival of structured two-on-two exuberance while we whacked crosscourts and aimed kickers at the lines, it suddenly hit me: he did it on purpose! He had a plan! He must have read Bill Tilden! Disrupt the other man’s game, Tilden said — a hundred years ago!

Intuitively or due to his thoughtfulness, Carreño applied the cardinal Tilden rule: you must assume you cannot beat anyone on technique because everyone here is so good, but you can disrupt his plan if yours is solid. Carreño used the fourth set to catch his breath — as it happens, he also had a back problem that required a few minutes from a therapist between sets — and then return to his deep fast-paced shots from either wing of the baseline to wear out the tired Shapovalov: keep moving him, pass him, get him with shots to the lines. And it worked.

So then we thought the two Russians, Daniil Medvedev and Andrei Rublev, childhood pals from Moscow, would give us another five-hour spectacle of endurance, and so would Dominic Thiem and Alex de Minaur. All of these are fantastic players, eager for their first Slam trophy. And they played fine matches, but completely one-sided, with both Medvedev, last year’s finalist, and Thiem, a regular finalist in recent years who has been frustrated by Rafa Nadal (though he also has beaten him four times), winning in straight sets.

There will be some fine ladies on court tonight, following what promises to be one of those slam-and-volley sensations that so often are men’s doubles finals. In particular, the contest between Serena Williams and her old friend and rival Victoria Azarenka — both young moms! — should be of rare quality, while the one between Naomi Osaka and Jennifer Brady — a Bruin! — could turn exciting. But tomorrow, unless Carreño recovers from the exhausting night and repeats his Kutuzov gambit against the mighty Alexander Zverev, it looks like the “real” final will be the semi between Thiem and Medvedev.

In Jamaica — and also in India, but I am not sure it is polite to ask that political lady about India these days — they play some of the greatest cricket in the world, but that is another story.