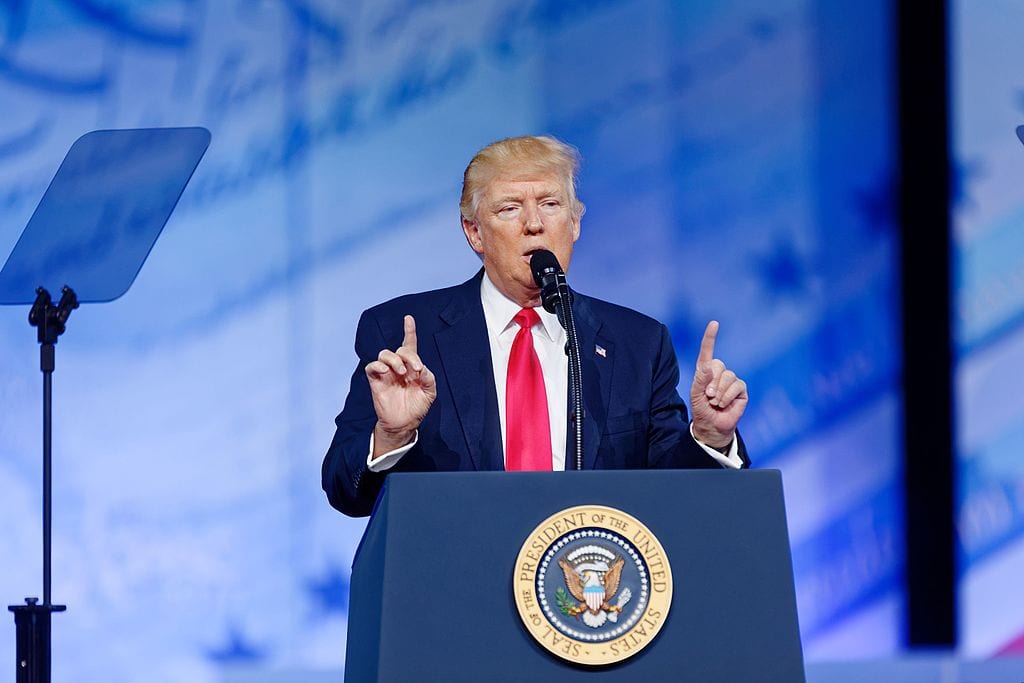 The trade war between the United States and China escalated Thursday with both countries implementing additional rounds of tariffs.

The U.S. imposed tariffs of 25 percent on $16 billion worth of Chinese goods. Some 279 products are affected, including plastic tubing, steam turbines, and railway cars.

Once President Trump’s latest round of tariffs went into effect, China responded with its own 25 percent duties on $16 billion in American imports, including a variety of chemical items and diesel fuel. China called its measures “necessary counterattacks.”

China pledged to file a complaint with the World Trade Organization (WTO), an admittedly laughable gesture given the country’s lack of respect for copyright law — and, well, human rights, but that’s unrelated to the WTO.

The U.S. and China have now slapped duties on $50 billion of each other’s goods. Trump said he implemented the tariffs in part for what he calls China’s unfair trade practices, which includes the theft of intellectual property. He hopes to reduce America’s trade deficit with China.

Trump told Reuters that “China’s done too well for too long, and they’ve become spoiled.”

Officials from the U.S. and China met in Washington, D.C., this week, but little progress was made in those talks, as Trump told Reuters he anticipated.

“In order for us to get a positive result out of these engagements, it’s really critical that they address the fundamental concerns that we have raised,” an unnamed Trump administration official said on a call with reporters, Business Insider reported. “We haven’t seen that yet, but we are going to continue to encourage them to address problems that we have raised.

“We hope that they will take seriously the concerns raised and that can put us on a better posture, both with respect to the issues that have been raised but also with the broader trade relationship,” the official said.

The trade war between the two countries could still escalate, but China would definitely end up on the short end of that stick — Trump has talked of more 25 percent tariffs on another $200 billion of Chinese goods, but China could only respond with duties on $60 billion of goods from the U.S. because America exports less to China.

Chinese’s financial markets are also taking a hit as investors express concern about how the country could weather a trade war with the U.S. The country’s currency, the yuan, has seen its value against the American dollar drop in recent weeks.

Although the future in trade with China only gets cloudier, there are signs of progress on other fronts. Trump had planned to place additional 25 percent tariffs on cars and auto parts imported from the European Union, and while he reiterated that pledge at a campaign rally in West Virginia on Tuesday, Commerce Secretary Wilbur Ross indicated the plan could be put on hold during trade talks with the EU and Canada and Mexico over the North America Free Trade Agreement.

While Canada has been scarce in recent discussions, the U.S. and Mexico have hammered out some agreements on a new NAFTA, although rules for auto production remain an issue of contention.

American businesses, meanwhile, report that the trade wars are causing their production costs to increase, which in turn forces them to raise prices for consumers and, in some cases, lay off workers.

Some companies, such as Harley-Davidson, are planning to shift some production overseas so they won’t be hit with the import tax in conducting business with the European Union, as The American Spectator previously reported. The iconic American motorcycle manufacturer faces hard hits from the EU in retaliation for Trump’s tariffs on aluminum and steel coming from the EU.

The effects could go beyond pocketbooks. Purolite CEO Stefan Brodie said at a hearing at the U.S. Trade Representative’s Office last month that tariffs could result in a reduced supply of chemicals used to purify water.

“By further reducing the supply of these products in the United States, the proposed tariffs threaten higher prices for U.S. consumers and a higher level of contaminants in American drinking water, food chain, waste water and chemicals,” Brodie said.