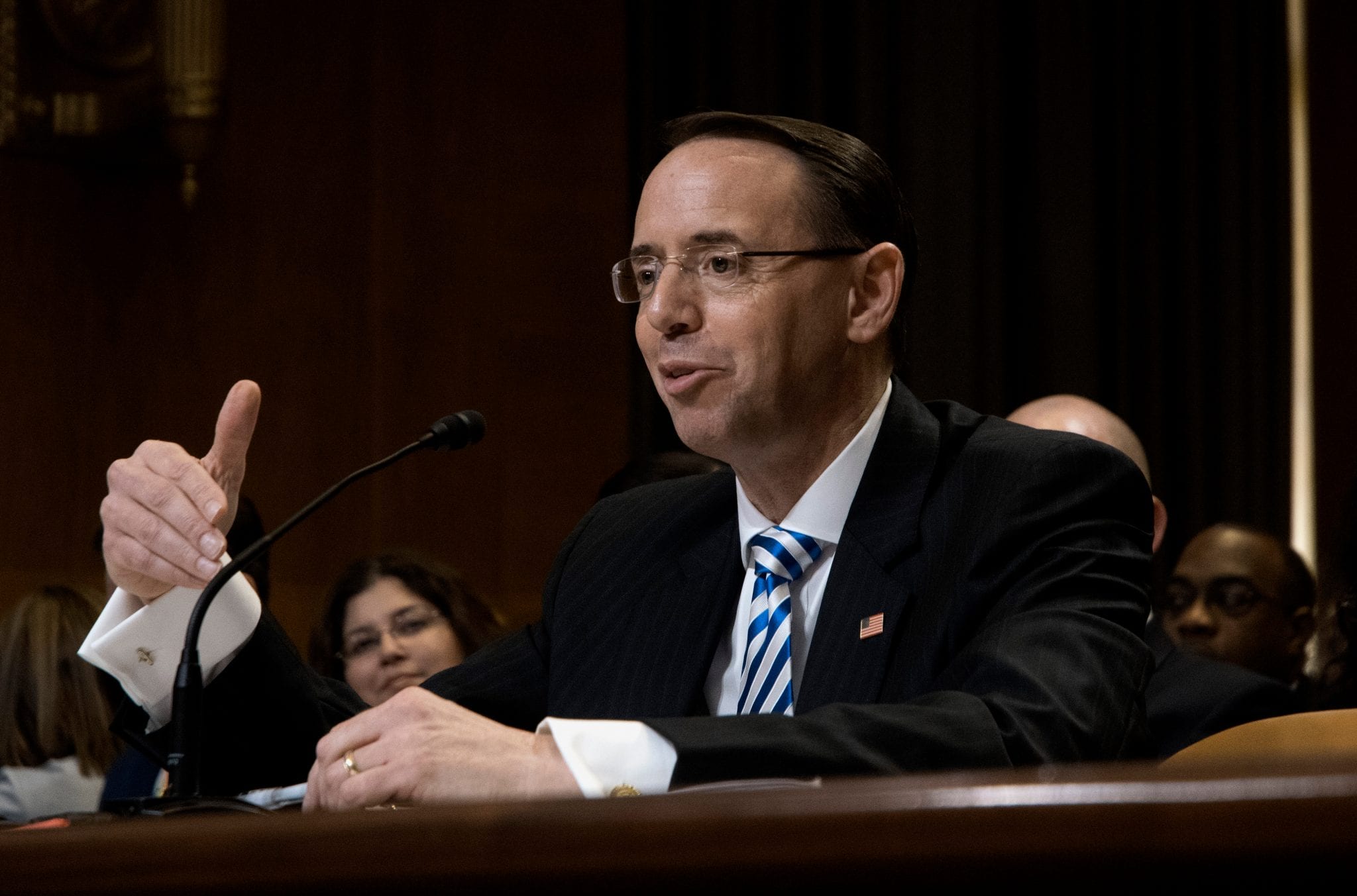 The following is not a joke… well, not in the sense of someone making up a story so implausible, so ridiculous, so removed from normal human conduct as to be the stuff of farce. Actually, this is a joke, farce at its most refined, but the joke is on us. This is a tale of two Senators, Ms. Harris and Ms. Hirono, duly elected by the populations of California and Hawaii to determine what laws may be appropriate for the most powerful nation in the world to enact. Not only are they two of one hundred in this august body, they are two of fifteen in its Judicial Committee, presumed capable of passing judgment on those who judge the citizenry.

Attorney General William Barr was testifying before their committee Wednesday, under the chairmanship of Mr. Graham of South Carolina, and the aforementioned ladies were each given some time to question Barr about his handling of the Mueller Report. In attempting to lower the boom on Barr, they mostly succeeded in lowering the bar.

To review. First there were emails from her years as Secretary of State that Hillary Clinton deleted, despite their being under subpoena at the time, which have never surfaced to this day. Then there were emails from the Democratic National Committee that were hacked by someone and given to WikiLeaks, followed by emails from John Podesta in the Hillary Clinton campaign for President that were also hacked by someone and given to WikiLeaks. Hillary said in her debates with Trump that it was the unanimous view of the multifarious intelligence agencies that Russia was the malefactor making the mischief in both instances.

It then became fashionable for Democrats to claim that the Trump campaign had in some way colluded with the Russians behind this nefarious activity, because for some reason Vladimir Putin would rather contend with Donald Trump in the Oval Office than with anyone who ovulates. Fast forward through the recusal of Jeff Sessions to the firing of James Comey from the FBI, at which time an Assistant Attorney General named Rod Rosenstein named Robert Mueller as Special Prosecutor to ferret out the truth, the whole truth and nothing but the truth about any Trumpian colluding or obstructing.

Throughout the two years of the investigation Rod Rosenstein ran the thing, never wavering in his defense of the importance and legitimacy of Mueller’s work. Democrats delighted and Republicans gritted their teeth as this pompous little weasel — and I say this with the highest respect — thwarted transparency at every turn, covering up all the shady events that led to the specious accusations against Trump. It was a ghastly spectacle to watch this bespectacled twirp deny, defy, dither and dilly-dally.

But then, lo and behold, Rosenstein agreed with Barr that the Mueller Report does not provide a basis for prosecuting Trump for obstruction of justice. So now Democrats must admit that this was a fair assessment, right?

Wrong! Ms. Harris and Ms. Hirono both berated Barr for including Rosenstein in his charging decision… because Rosenstein is too close to the President! Yes, the same Rosenstein who offered to wear a wire into the Oval Office to entrap Trump!

I have got to be kidding, but I am not. Go to YouTube and watch these exchanges. Ms. Harris in particular, a former prosecutor, sneeringly presses Barr over and over to ask if he knows whether Rosenstein was cleared by the ethics people at Justice. He sputters and says he assumed the guy had been vetted back when the Senate voted 94-6 to confirm him, and when they allowed him to run the investigation these past two years.

Well, I don’t know what Rosenstein would make of this startling turnabout. I suspect he would scratch his head like I am. These Democrats have lost all contact with the world of Normal, and they are indeed the stuff of farce. Perhaps they have forgotten Rosenstein and replaced him with Rosencrantz.

Hamlet: …and yet to me what is this quintessence of dust? Man delights not me…

Rosencrantz: My lord, there was no such stuff in my thoughts.