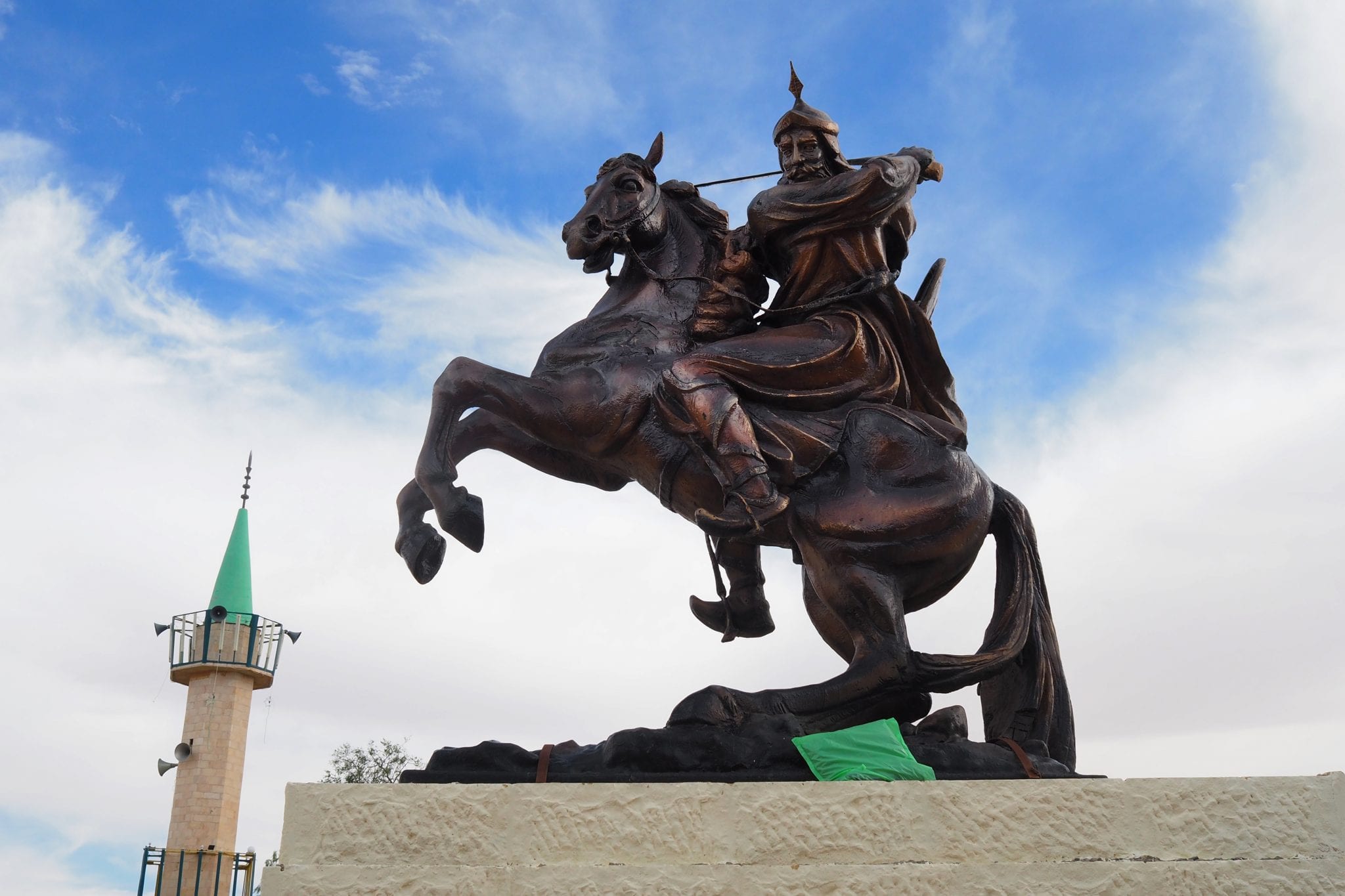 Having celebrated the 243rd birthday of the American republic, we should take note of two historical instances when July 4 was a significant date in Middle East history.

July 4, 1976: As Americans celebrated their bicentennial, a daylong cavalcade of patriotic festivities around the country, capped that evening by the spectacular Tall Ships parade and fireworks (10:13) in New York, a very different celebration was taking place in Israel. A stunning raid by elite Israeli commandos on Uganda’s main airport ended an eight-day ordeal for 100 Jewish hostages — the non-Jewish hostages having been released earlier. The commandos killed the seven terrorists. Two were from West Germany’s Baader-Meinhof gang — murderous postwar Marxist children from wealthy families; five were from the Popular Front for the Liberation of Palestine (PFLP), a major terror group now long defunct, but that in the 1970s rivaled the Palestine Liberation Organization (PLO) in its regional and global influence.

The made-for-television film The Raid on Entebbe, released a few months after the raid, shows in riveting detail the dramatic elements of the story. FrontPage Mag’s Ari Lieberman adds further detail and perspective:

[The Entebbe raid] stands out as among the most audacious hostage rescue mission ever undertaken. Israeli soldiers, some of whom were the children of Holocaust survivors, flew some 3,000 miles to rescue Jews who were once again being victimized because they had the temerity to be born Jewish.

More significantly, the operation had consequences that reverberated far beyond Israel’s borders. Amin was humiliated internationally and the defeat of his army and air force set into motion a process that would ultimately lead to his overthrow.

In the decade preceding Entebbe, Palestinian terrorists were responsible for at least 50 skyjackings. Exasperated Western nations took measured comfort in the fact that finally, a resilient nation with backbone took resolute military action against those waging war on civilization. Following the rescue, the skyjacking scourge declined measurably, and the Baader-Meinhof terror cell responsible for carrying out the hijacking jointly with the PFLP became largely ineffectual thanks to the liquidation of two of its central members as well as post-raid resignations and defections. Most importantly, Israel demonstrated to the world in spectacular fashion that the war on terror was indeed winnable.

July 4, 1187: Born in 1137, Salah al-Din Yusuf bin Ayyub — his name means “ ‘righteousness of the faith,’ Joseph, son of Ayyub” (to us, Saladin) — was a Muslim zealot and skilled general, the ideal combination to defeat the Crusaders and retake Jerusalem. The decisive battle was fought, as Raymond Ibrahim notes in his crisp retelling, at the Horns of Hattin, on July 3 and 4, 1187. Ibrahim cites Muslim chroniclers on what transpired around nightfall on the Fourth:

The rout was complete, the gloating great: “This defeat of the enemy, this our victory occurred on a Saturday, and the humiliation proper to the men of Saturday [Jews] was inflicted on the men of Sunday [Christians], who had been lions and now were reduced to the level of miserable sheep,” concluded one Muslim contemporary. In the end, single Muslim soldiers were seen dragging as many as thirty crusaders with one rope, any of whom would once have terrified the same — so maddened with thirst and reduced to delirium were the Europeans.

Saladin “dismounted and prostrated himself in thanks to Allah.” Next he ordered the mass slaughter of the military orders — those warrior-monks most committed to the cause, the Knights Templar and Hospitallers. “With him was a whole band of scholars and Sufis and a certain number of devout men and ascetics; each begged to be allowed to kill one of them, and drew his scimitar and rolled back his sleeve. Saladin, his face joyful, was sitting on his dais” as they carved off the heads of their Christian captives.

Then “that night was spent by our people in the most complete joy and perfect delight … with cries of ‘Allahu Akbar’ and ‘There is no god but Allah,’ until daybreak on Sunday,” piously concluded a Muslim chronicler.

Finally, adding insult to injury, Saladin had the True Cross — for centuries Christendom’s most revered relic, which was brought by the crusaders to and captured by the Muslims at Hattin — spat upon and dragged upside down in the dirt.

Saladin entered Jerusalem October 2, 1187, stayed about six months, and then left, never again to return during the remaining five years of his life; he died en route to Mecca — which speaks volumes. Then, as now, Jerusalem in the time of Islam has been less a place of devout worship than a place to be denied to non-Muslims.

Bottom Line: Over the centuries, one might say, plus ça change. The Israelis show their humanity and courage under fire; the votaries of The Religion of Peace back then waged jihad against kaffirs (unbelievers), with the same savagery they employ in our time. Wars of faith cannot be won by compromise. If there is a lull in the fighting, eventually the conflict will, on this view, resume — unless the warring faith undergoes a reformation that reconciles religious life with other religious and secular faiths.

John C. Wohlstetter is author of Sleepwalking With the Bomb (2d Ed. 2014).