California Watch,Top Story Coronavirus,COVID-19 and the Economy,Grocery Shopping,Grocery Stores,Social Distancing Two Cheers for ‘Price Gouging’ - The American Spectator | USA News and Politics
Menu
California Watch
Two Cheers for ‘Price Gouging’
The state has set up an anti-gouging hotline and has threatened to prosecute businesses, but this approach only ensures scarcity. 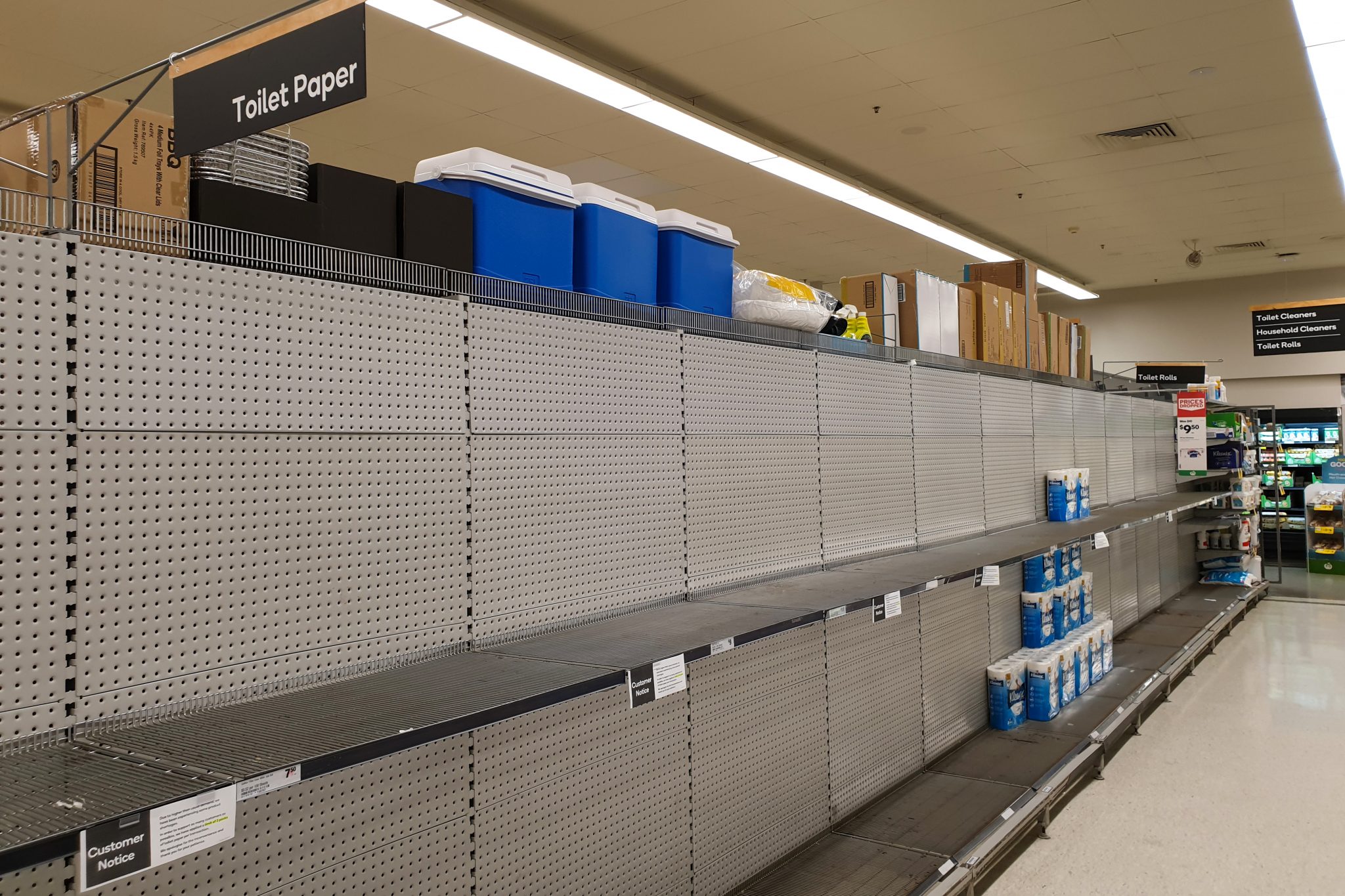 I’d been taking photographs at the Salton Sea over the weekend, where life — such that it is, in such a desolate place — seemed fairly normal. Now that I’ve returned to a world of quarantines and “social distancing,” my life has been consumed by a bizarre quest. For toilet paper. We rarely stockpile items, and our supply is running frighteningly low.

I dislike shopping under the best circumstances, yet Monday night I tried every possible store to find a package of this underappreciated item. Paper-goods aisles were empty as desperate consumers queued up in lines that meandered around the stores. We were told to try again in the morning, which means spending hours lined up outside a grocery store at 7 a.m. No thanks.

I never thought I’d see the day when you can go to a store to buy weed but need to call your buddy for a connection to score some toilet paper. Joking aside, the ordeal reminds me of the importance of pricing, especially in times of crisis. It may be a taboo topic — even among some conservatives — but what the world needs now is a little more “price-gouging.”

There’s nothing government officials like more than a crisis, during which they can obliterate normal constraints on their power, spend oodles of public money, and preen before the TV cameras. California Gov. Gavin Newsom has claimed the right to commandeer hotels and has even suspended some open-meetings laws. He’s also been warning people against gouging.

The California Attorney General’s Office has even been urging people to call authorities to report businesses that overcharge customers. Gouging is defined as charging 10 percent more than the usual price. No one wants to be hauled into court by the attorney general and turned into a villain, so stores are keeping prices low and waiting for the crisis to pass. We’re seeing the result — vast shortages of almost everything.

Thanks to the government’s efforts to “protect” me, I can buy toilet paper at the normally low price of 50 cents a roll — except for one problem. I can’t buy any of it because of the current run on the stuff. I don’t understand why people who are frightened of dying from a virus would immediately have the urge to fill their closets with Charmin — and risk infection as they wait in long lines for it. The “why” doesn’t matter. This is our reality.

“What everyone wants adds up to more than there is,” wrote free-market economist Thomas Sowell. “Market economies deal with this problem by confronting individuals with the costs of producing what they want, and letting those individuals make their own trade-offs when presented with prices that convey those costs. That leads to self-rationing, in the light of each individual’s own circumstances and preferences.” Indeed.

If the government let people sell toilet paper at whatever price the market allows, then those of us who desperately needed it would be able to buy some even if we were annoyed by the inordinately high price. At perhaps $5 a roll, those hoarders might forego additional purchases. The inflated prices would encourage stores to quickly resupply the shelves and entrepreneurs to sell it out of their car trunks. By the way, it’s still cheaper to pay even $10 a roll than it is to forego a day of work, wait in line, and drive aimlessly around suburban strip malls.

Before you accuse me of being heartless, note that I am angered by those who take advantage of other people’s desperate straits. I applaud charities and nonprofit groups that fill the void when disasters shut down the usual supply chains. If I had extra rolls of toilet paper or bottles of water, I would gladly share them for free with friends and neighbors.

But it’s far better to put up with some distasteful instances of overcharging than it is to distort the market’s pricing mechanism. This is an especially important lesson after disasters, and it’s a lesson I learned after living through a Midwestern flood. Because of a run on, say, shovels after a flood, a store owner might charge $100 for one that previously sold for $15. Or a motel owner might charge $500 a night for a room that had previously rented for $85.

If the prices could adjust that way, the first person who bought a shovel at $15 might have borrowed his neighbor’s instead. The steep room price would encourage people to share a room, allowing more disaster-affected families to shelter. The pricey shovel would entice suppliers to make a quick profit by sending truckloads to the disaster area, just as the room prices would encourage nearby residents to rent out their extra rooms to strangers. The added supply would then quickly drive prices closer to normal. That’s how markets work.

No one likes to pay exorbitant prices for common items, and it’s great if people share things with others out of the kindness of their hearts, but the war against “gouging” will only ensure that the shortages and misery drag on longer. It all comes down to a simple choice: Would you rather pay too much for some toilet paper, or not have any? I know my answer.