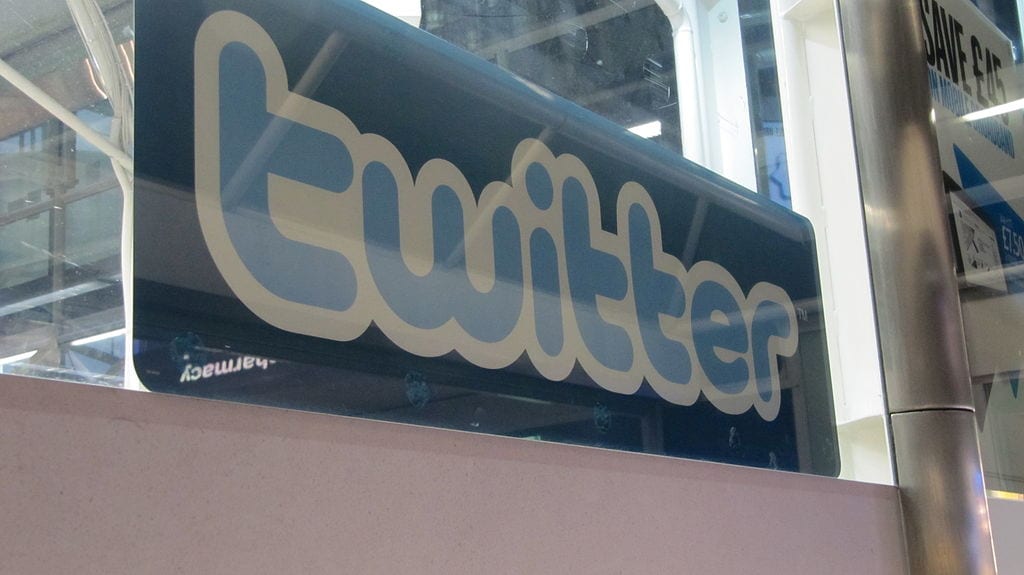 So. Into the mailbox pops this.

As part of our recent work to understand Russian-linked activities on Twitter during the 2016 U.S. presidential election, we identified and suspended a number of accounts that were potentially connected to a propaganda effort by a Russian government-linked organization known as the Internet Research Agency.

Consistent with our commitment to transparency, we are emailing you because we have reason to believe that you:

This is purely for your own information purposes, and is not related to a security concern for your account. We are sharing this information so that you can learn more about these accounts and the nature of the Russian propaganda effort. You can see examples of content from these suspended accounts on our blog if you’re interested.

People look to Twitter for useful, timely, and appropriate information. We are taking active steps to stop malicious accounts and Tweets from spreading, and we are determined to keep ahead of the tactics of bad actors. For example, in recent months we have developed new techniques to identify accounts manipulating our platform, have improved our process for challenging suspicious accounts, and have introduced new measures designed to identify and take action on coordinated malicious activity. In 2018, we are building on these improvements. Our blog also contains more information about these efforts.

People come to Twitter to see what’s happening in the world. We are committed to making it the best place to do that and to being transparent with the people who use and trust our platform.

Well now. Do tell me.

First, thanks Twitter. I appreciate the heads up. You are some of the Information Wizards of the day so the note was interesting indeed.  But a few points of curiosity. And in the interest of transparency, I wanted to share with American Spectator readers as well as, but of course, tweet out to my followers.

To the extent I tweet — and since obviously everyone’s Twitter account tends to reflect their own personality, politics, interests — my retweets tend to be news or opinion stories from various well-known media outlets. From here — The American Spectator — or other sites with names like The Wall Street Journal, The New York Times, The Washington Post, The Washington Times, Conservative Review, The Daily Caller, National Review, Lifezette, Breitbart, The Blaze, Mediaite, NewsBusters, The Federalist, President Trump, Sean Hannity, Rush Limbaugh, Mark Levin, Tucker Carlson, Laura Ingraham, Fox, CNN, MSNBC, ABC, CBS, NBC, and doubtless some I miss. The reason for this is that while I may agree or disagree with a particular piece I know all the sites, have been personally published in several of them, and feel comfortable with their ability to present — Right or Left — serious journalism and opinion journalism or just plain opinion, whether I agree with them or not.

Thus I am skeptical that I would have retweeted something that was of Russian provenance, although for sure, one never knows. On a rare occasion I retweet something I have seen from someone I know personally or know of professionally and sure, true enough, it’s possible they could have had this problem. Although in truth knowing them either personally or professionally I suspect their standards are not unlike mine.

On the other hand? People Out There of all political (and other) stripes and interests post various things to my Twitter account and I, freedom loving soul that I am, do not block them from doing so. If somebody Out There wants to make a jackass of themselves by posting something stupid, well, that would be their problem, not mine.

Certainly I am glad you “are taking active steps to stop malicious accounts and Tweets from spreading” and that you “are determined to keep ahead of the tactics of bad actors.” Bravo! Good. That said I confess I am skeptical of the utility of this. The Internet is obviously a big place. Those first two “w”’s in the “www” moniker means what it says — world wide. If in fact “bad actor” X gets his or her stuff stopped by Twitter, suffice to say it can be found elsewhere — somewhere. If we are to be about flagging X as bad info, it would seem to me that this is merely one more example of bad info being flagged as bad info that is just a 21st century version of one of humankind’s enduring fallacies. “Bad info” and “bad actors” in the information — and history — areas have been around literally forever.

Examples just from relatively recent history? Who assassinated President John F. Kennedy? Lee Harvey Oswald — or a conspiracy? Was it the Mafia? The CIA? J. Edgar Hoover? 9/11 was caused by Osama bin Laden and all those suicidal Islamic extremists. Unless, of course, one is a “9/11 Truther” and one knows — just knows — it was Bush and Cheney who did the whole thing to get the U..S into war. The Japanese bombed Pearl Harbor — unless they did it because it was part of President Franklin Roosevelt’s deliberate strategy to lure them into the attack so that it would convince isolationist Americans that America had to enter World War II.

That’s a mere three conspiracy tales  — a drop in the bucket — in a world afloat in conspiracy theories, false stories, made-up-out-of-whole-cloth fictions and outright lies that have circulated throughout humanity since all were invented at the dawn of humanity. Which is another way of saying that Twitter’s aim to somehow put an end to this particular less-than-attractive human trait is, however admirable, in the end futile.

The only known way to get to the “truth” of anything is to analyze the evidence, debate, challenge and, if appropriate, launch investigations into the claim at hand. That is the certain, time-tested answer and most particularly in a democracy that is part of what it means to be “transparent.”

In the case of the 2016 campaign there is no question that the charges and counter-charges that are typical of American presidential campaigns gave a workout to social media. Yet the only media available to Americans in campaigns like the bitterly contested 1800 election between founding fathers John Adams and Thomas Jefferson were newspapers and pamphlets. They were the Twitter (and Facebook and Google) of their day — and suffice to say the belief that each side had that “bad actors” from the other side were trafficking in lies and conspiracies was total.

After the tumultuous campaign of 1828 in which Andrew Jackson defeated the Establishment’s President John Quincy Adams, Jackson’s wife Rachel died before the inauguration. Because her first husband had botched a divorce filing decades earlier, an unwitting Andrew and Rachel had married unintentionally — giving his later political enemies the charge that she was an adulteress. Left unsaid was that when the situation was corrected — also decades earlier — the Jacksons were married a second time. This did not stop a Twitter-style campaign in which the charge in the 1828 election was, “Ought a convicted adulteress and her paramour husband to be placed in the highest offices of this free and Christian land?” Ever after a bitter Jackson believed her death was caused by his political enemies. He remarked at her funeral: “May God Almighty forgive her murderers. I never can.”

The notion that this kind of behavior — the spreading of falsehoods and outright lies whether by Russians or the Chinese or some other American adversary or simply an American domestic political opponent — is somehow preventable is wishful thinking at best and a flirtation with the censorship of a free press at worst. (And yes, Twitter is effectively the modern version of a newspaper or leaflet.)

So? So thanks, Twitter. I’ll be on the lookout for the Russians. If you nail any of them on my account please feel free to pass along the news. I will happily post your information and inform my followers — not all of whom are my fans!

Thanks for your invention. It’s a great contribution to American political debate and the information required in a free society.

To borrow from the Washington Post: “Democracy Dies in Darkness.”

And so it does. But not, as long as I have anything to say about it, on my Twitter account.