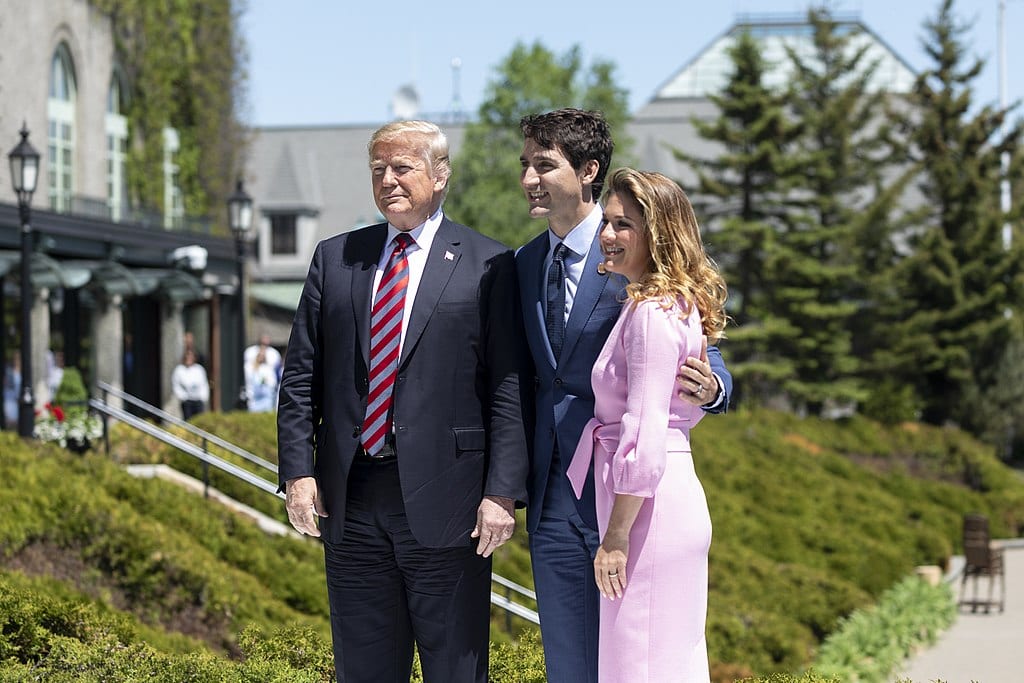 The chattering class is wedded to a view of Trump as the most blinkered of protectionists, who is just itching to foment trade wars. That’s why the media completely ignored his call to eliminate tariffs altogether, which he proposed at the G-7 meetings in Quebec. That cut too much against the media’s narrative. “We should at least consider no tariffs, no barriers — scrapping all of it,” Trump said.

One might have thought free-trade advocates would thrill to such an abolitionist vision. But, of course, they didn’t, because underneath all their opportunistic bluster about protectionism lies a globalism that protects the tariffs of America’s competitors.

As Stephen Moore notes, “It speaks volumes about the trade debate that none of the foreign leaders, except perhaps Germany’s Angela Merkel, had any interest. If the offer were made to China, the mercantilist leaders would be thrown off their high horse never to recover. These nations are more interested in bashing Trump as a trade warrior while retaining their own indefensible protectionist trade barriers.”

Moore urges Trump to continue his zero-tariff push, to “seize the high ground in the trade debate by offering it up again and again as America’s desired endgame.” After all, Moore argues, “Zero tariffs would be the ultimate victory for totally free and fair trade. It would advantage the United States most because we already impose the lowest trade barriers. It would also expose many of Trump’s severest critics as free-trade frauds. President Trump: You should do this, because the worst that could happen is our allies take you up on the offer.”

Ironically, it is the globalists who chafe at this vision of a universal standard. They recoil at Trump’s tariffs, even as they defend the outrageous tariff practices of America’s competitors. Far from fearing a trade war, they protect and promote an already existing one, in which every country can take up arms without censure save the United States. Trump has proposed a truce in this war. Yet he is the only leader in it declared a warmonger.

All of the “free trade” lectures from the media are aimed not at the combatants in this conflict but at its most passive chump. By “free trade,” the media means unfair and irrational trade at America’s expense. Trump isn’t committed to permanent tariffs. But the Western elite certainly is. They want a world of tariffs, just not one in which America can exact any.

Trump has been offering countries such as the United Kingdom and Germany “zero tariff trade deals.” How does this make him the bully? If anything, Trump is trying to end a trade war that he didn’t start. His peace proposal deserves a hearing. But the media won’t give it one, as that would undermine its bellicose caricature of Trump and retard its anti-American globalism. America has to be the bad guy, no matter what, in the media’s telling. Just look at its total indifference to Canada’s exorbitant tariffs, as if the story about them is not that they exist but that Trump would dare question them.

Trump’s refusal to play the chump to countries that have been eating America’s lunch for decades is cast as troublingly abnormal. But is it? Far more odd is the complacency of his predecessors, who sat on their hands as trade deficits skyrocketed. Why didn’t they propose zero tariffs? Why did they just automatically accept an outrageously uneven playing field?

The discussion that Trump has sparked is already moving the global politics of trade in America’s favor. German pols, for example, now find themselves in the embarrassing position of having to explain why they won’t accept Trump’s irenic proposal. (German automakers have already indicated that they are open to the abolition of tariffs.)

Trump has called the globalists’ bluff, and they don’t like it. In a game they have long rigged, they sense in Trump’s disruption a coming defeat.