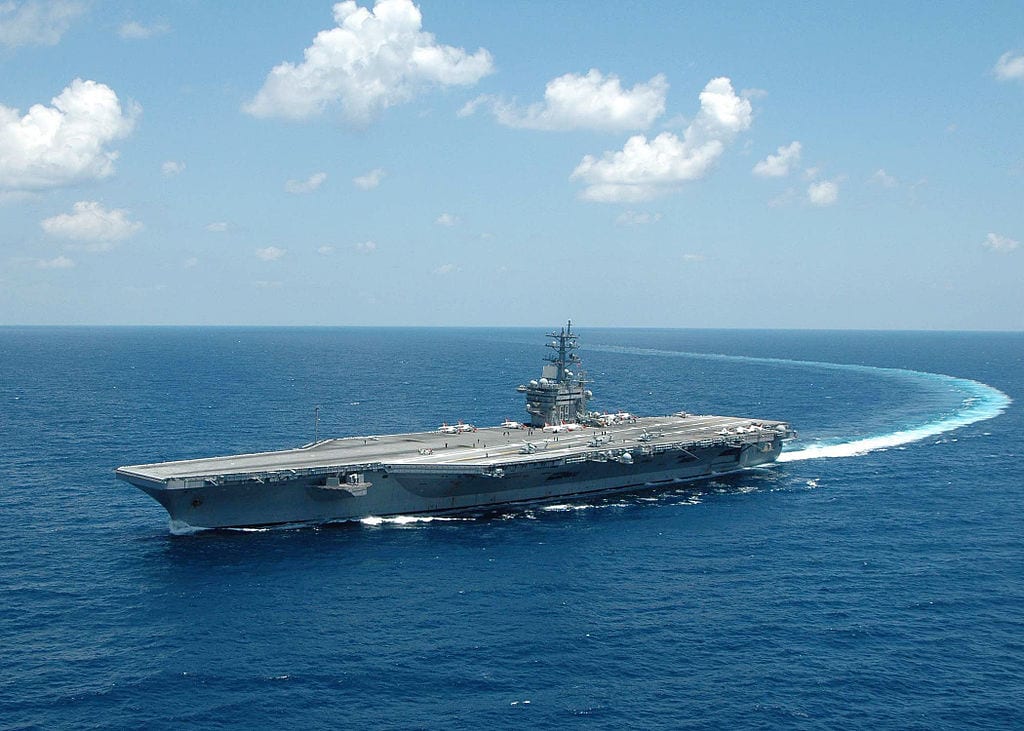 Since the days of George Washington, presidents have wished they could make government employees do what they are told. Actually, that frustration is much older than America. Peter the Great once said, “People think I rule Russia, but a thousand bureaucrats rule Russia.”

That’s one reason presidential candidates’ promises are often more difficult to deliver than they expected. It is a common comparison that “moving the bureaucracy is like trying to turn an aircraft carrier.”

Actually, turning an aircraft carrier is far easier than turning a bureaucracy. A modern aircraft carrier is over 1,000 feet long, weighs 100,000 tons, and carries 6,000 sailors and 70 airplanes. Yet it can turn around inside its own length in about three minutes. Carriers have two major advantages over bureaucracies when it comes to turning them. First, a ship is a mechanical object that responds to mechanical controls. Second, its personnel operate in a military command-and-control structure. Someone gives orders, and others follow them. The admiral never stands on the bridge wondering why he ordered the ship to turn, but it isn’t turning.

Presidents cannot direct the operations of the executive branch so easily. Even a president with a business background, accustomed to employees doing what they’re told at the risk of being fired, is often disappointed when government employees ignore (or even undermine) his direction.

When Donald Trump ran for president in 2016, among other commitments, he vowed to repeal the unpopular Obama-era “Waters of the U.S.” (WOTUS) rule. Shortly after his inauguration, he ordered officials at the EPA and Army Corps of Engineers (the two agencies responsible for WOTUS enforcement) to rewrite the regulation, returning its original interpretation. Two years later, they are just now releasing the language of the new rule. It is disappointing, clearly stopping short of what the president wanted.

WOTUS represented one of the great power grabs in government history. By redefining “waters of the U.S.,” Obama-era officials asserted federal authority (virtual ownership) over almost all water in the country — not only large lakes, rivers, and oceans, but also streams, creeks, wetlands, ponds, parking lot puddles, and irrigation ditches. Nothing in the law justified such a broad sweep.

Nevertheless, the new rule continues to assert federal jurisdiction over waters never intended by Congress. On the plus side, it includes a final definition of what are, and are not, waters of the United States. It specifically disclaims federal jurisdiction over farms, ranches, irrigation ditches, stock ponds, wastewater treatment systems, and rainwater runoff. But in addition to “territorial seas and navigable waters,” the definition still includes “perennial and intermittent tributaries to those waters,” “certain lakes, ponds, and impoundments,” and “wetlands adjacent to jurisdictional waters.”

The Clean Water Act contains 111,542 words, but “tributary” is not one of them. Nor did it ever contemplate federal regulation of all wetlands that happen to be adjacent to navigable water. What an ironic phrase — “adjacent to.” You would think if water is not actually “jurisdictional,” then the government must not have “jurisdiction” over it. That is what Congress intended, wrote, voted on, and enacted. The new rule ought to say exactly what the law says (“navigable waters of the U.S.”) and nothing more.

Vague definitions lead to abuses, which are far too common in recent years. Most recently, the prosecution of Jack LaPant, whose decision to plant wheat on his California farm — with full approval of the Agriculture Department — resulted in over $5 million in fines. It seems the Corps of Engineers considers topsoil a pollutant. That’s about as nonsensical as an attempt by the EPA a few years ago to declare sunlight a pollutant. In LaPlant’s case, the Corps missed a vitally important detail: Congress specifically exempted “normal farming activities” from federal “jurisdiction.” That clearly includes planting wheat, especially on existing farms where wheat has been grown before.

We understand the natural instinct of all bureaucracies to seek more power. But like most farms, that one has no floating boats, and it is not “navigable water.” The Trump administration inherited the case but has not dismissed it or stopped the prosecution. It turns out that turning the bureaucracy, despite orders from the admiral, is actually much harder than turning an aircraft carrier.

Greg Walcher is president of the Natural Resources Group and author of Smoking Them Out: The Theft of the Environment and How to Take it Back, now in its second printing. He is a former head of the Colorado Department of Natural Resources, and former president of Club 20. Visit www.GregWalcher.com.