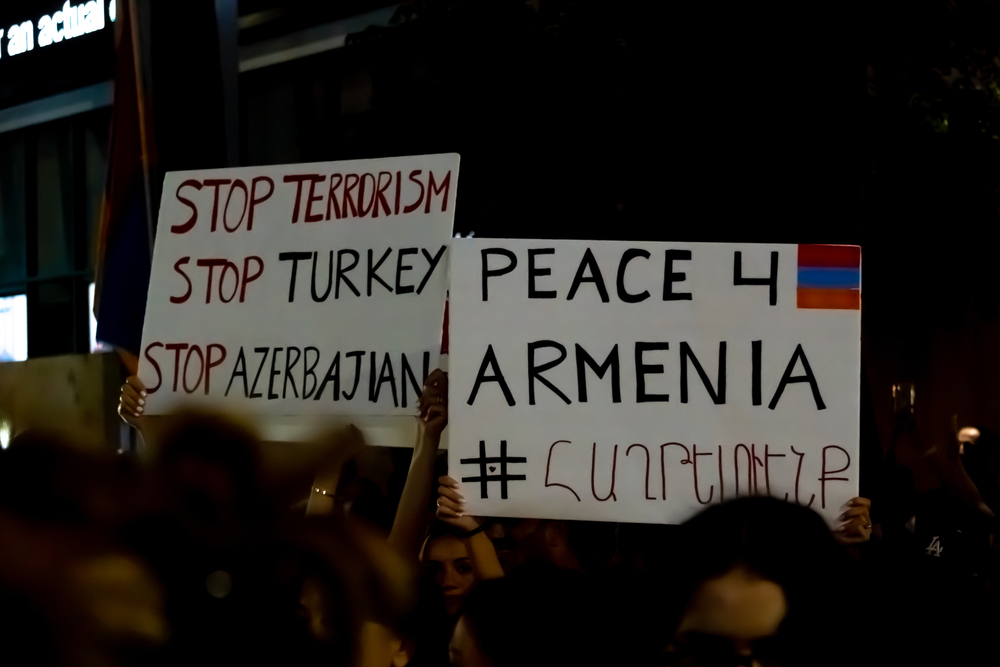 President Joe Biden took what is acclaimed to be a brave step: denouncing the 1915 genocide by the Ottoman Empire against its ethnic Armenian population. Some 1.5 million people likely perished. Biden said, “Each year on this day, we remember the lives of all those who died in the Ottoman-era Armenian genocide and recommit ourselves to preventing such an atrocity from ever again occurring.”

Who could possibly object to such unexceptional, even banal sentiments? The government of the Republic of Turkey. For years lobbyists for Ankara and Turkish groups battled representatives of ethnic Armenians, often backed by other critics of Turkey, particularly Greek and Cypriot interests, over whether or not Congress and the president would pronounce their opinion on this obscure historical question. The bizarre battle over how to characterize events decades past was among the most bitter to regularly consume Washington.

In recent years, Ankara has lost ground. With President Recep Tayyip Erdoğan simultaneously creating an authoritarian state, arresting American citizens, turning hostile to Israel, courting territorial conflict with Greece and Cyprus, promoting Islamist forces, colluding with ISIS, attacking the U.S. military’s Syrian Kurdish allies, intervening militarily in Libya, and cooperating with Russia, he has few friends left in America. No one without Turkish blood or on the Turkish payroll has any reason to defend the Turkish government. There is no political penalty for a U.S. politician ignoring Ankara’s complaints and defying Ankara’s dictates.

Indeed, if I had my druthers, America’s nuclear weapons would be out of Incirlik tomorrow. All other military forces would be in the process of moving to bases outside of Turkey. And Washington would be discussing with other NATO members how to either oust or restrict Ankara to eliminate the danger of a fifth column within the transatlantic alliance. Best for the U.S. today would be a civil divorce rather than continued wrangling over the future of the relationship. Erdoğan can be trusted only to do harm — to allied states and the Turkish people.

The Armenian genocide issue precedes him, however. It long has been a political football. But it simply doesn’t belong in Congress or the White House.

As a matter of history during the Great War, as World War I was originally called, the Ottoman Empire, a weak link in the Central Powers, was under sustained attack from the Entente. The Ottomans could expect a loss to result in dismantlement of their country. So they believed they were in a bitter fight for survival.

There is no doubt that the government engaged in mass brutality against and killing of the Christian ethnic Armenian population. What happened was a grotesque wrong irrespective of the exact intentions and results. “Genocide” is a technical term with specific meaning. Whether or not what occurred 106 years fits the formal definition of genocide is of no consequence today.

The victims are dead and cannot be revived. Property that was confiscated has been dissipated. Land that was taken has been distributed. Those who ordered and performed the atrocities are long deceased. The government responsible for the crime disappeared after the war’s end. Even the country at fault disappeared. What has since evolved is different: different officials in a different government ruling over a different land operating in different ways while overseeing different people.

Whether or not the Ottoman Empire committed genocide is a great question for academic debate. But what is the point of dumping the controversy into the political sewer known as Washington?

Of course, as noted earlier, Turkey is an attractive and deserving target. What remains after nearly two decades of increasingly corrupt and authoritarian rule by Erdoğan and his deceptively named Justice and Development Party is only a nominal democracy. He brutally used the attempted coup five years ago as his Reichstag fire, rounding up as many of his opponents and critics, as well as simple doubters, as possible, imprisoning tens of thousands of them and forcing many more from their schools, jobs, and homes. Americans were unjustly caught in his self-serving dragnet.

Freedom House rates Ankara as “Not Free.” The group reported,

After initially passing some liberalizing reforms, the AKP government showed growing contempt for political rights and civil liberties, and it has pursued a dramatic and wide-ranging crackdown on perceived opponents since an attempted coup in 2016. Constitutional changes adopted in 2017 concentrated power in the hands of the president. While Erdoğan continues to exert tremendous power in Turkish politics, opposition victories in 2019 municipal elections and the impact of the COVID-19 pandemic on the already shaky economy have given the government new incentives to suppress dissent and limit public discourse.

At the same time, Ankara has become a malign regional actor. U.S. officials no longer can credibly claim that Turkey is a security lynchpin, the southeast foundation of NATO against an aggressive Moscow and a model of liberal democratic governance for Muslims. Even if once true, and the argument always was exaggerated, it has not been the case for decades.

Yet none of this has anything to do with the issue of Armenian genocide. Turkey’s current government, which arose from a round of bitter conflict after the conclusion of the Great War, had nothing to do with the conduct of the previous regime. Rather than treat charges against the Ottoman Empire as a criticism of modern Turkey, Erdoğan should observe that the issue belonged to a completely different state and government — one as foreign to Ankara today as the colonies are to the United States of America. He then could dismiss the issue as having nothing to do with his government and go back to oppressing, jailing, and looting his people.

The reason Armenians, Cypriots, and Greeks, in particular, persist in pressing the issue is because it so evidently unsettles Turks and Turkey. If Ankara showed no reaction, support for the measure would significantly diminish. The issue is important, and generates substantial receipts for lobbying and PR firms, only because it is a predictably useful weapon against what has become a very unpleasant — remember Erdoğan’s bodyguard-thugs beating up peaceful protesters during his 2018 U.S. visit — and unpopular regime. The fact that the Turks largely bring the extra unpleasantness of the genocide controversy upon themselves generates more than a little schadenfreude.

But Biden’s announcement would be a good moment to declare the competition over and move on. The number of members of Congress who know anything useful about history probably fit on one hand, and perhaps one finger. The executive branch is little better equipped to render historical judgments.

Yet our political leaders have plenty of work to do. And it’s not deciding if Marcus Junius Brutus was right to knife Julius Caesar, Grand Duchess Anastasia Nikolaevna survived Bolshevik executioners, Amelia Earhart was captured by the Japanese, George Mallory and Andrew Irvine died ascending to or descending from the summit of Mt. Everest, or any of history’s many other mysteries. Nor should government officials be pontificating on the legal status of terrible murders committed long ago by people, governments, states, and countries no longer in existence.

Next year, forget the Armenian genocide. Let’s have a serious debate about kicking Turkey out of NATO, coordinating with Europe in response to Ankara’s destructive behavior throughout the Eastern Mediterranean and Mideast, and applying Magnitsky sanctions against Erdoğan and his loyal apparatchiks, who have destroyed Turkish democracy. Doing so would serve a useful purpose — and keep the same lobbyists and PR flacks equally busy and well paid.