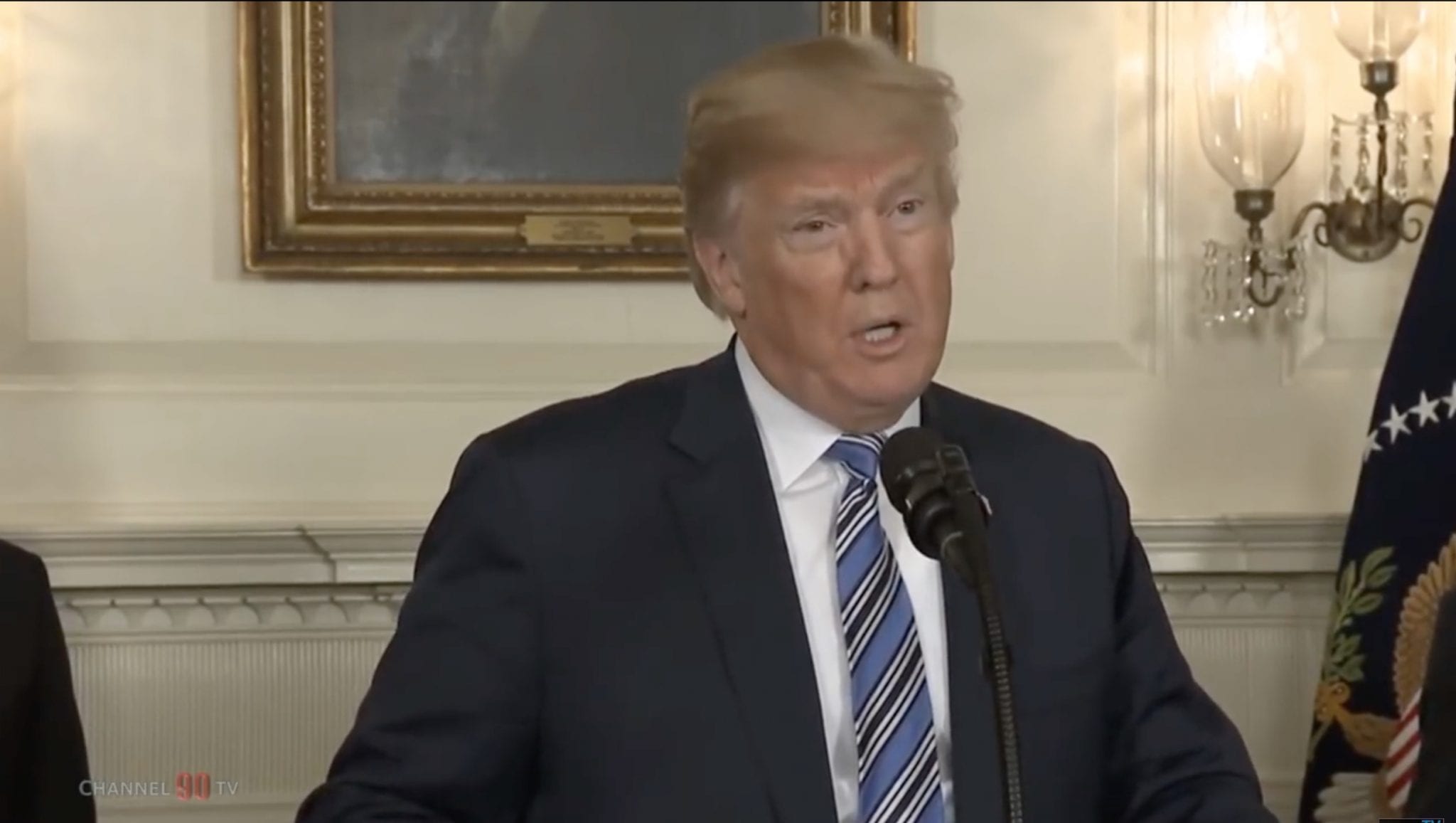 In past White Houses, the removal of a national security adviser would be the culmination of much drama and handwringing. Yet President Donald Trump’s decision Thursday to replace H.R. McMaster with former U.N. Ambassador John Bolton was only Act III in another week at the Trump White House.

Act IV began Friday morning, when Trump tweeted he was thinking of vetoing the “omnibus” $1.3 trillion spending bill passed by Congress — even though he had supported the bill two days earlier, thus giving members of the House and Senate a green light to vote for it.

The measure passed the House 256-167 and the Senate 65-32 in bipartisan votes. Then Trump got cold feet.

Beltway mavens reacted in horror at the prospect of the unconventional president going back on his word. If he vetoed the “omni” after he had blessed it, they muttered, who in Washington could trust the man?

So after 1 p.m., Trump signed the bill. He also announced, “But I say to Congress, I will never sign another bill like this again.”

It was vintage Trump — a maneuver that allowed him to sign the bill he had endorsed while dumping responsibility for it onto others.

The GOP establishment — and that includes Trump — had political and substantive reasons to support the “omni.”

“We had no choice but to fund our military,” Trump said, after U.S. forces have been overstretched across the globe. The measure also provided $1.6 billion for Trump’s beloved border wall, and included a measure to strengthen federal background checks for gun purchases.

But the “omni” made the GOP look like big-spending hypocrites. When reporters pointed out that Republicans control the White House and Congress, Budget Director Mick Mulvaney chastised them. “This is what a bill looks like when you have 60 votes in the Senate and Democrats get a chance to take their pound of flesh,” Mulvaney said.

This also is what a bill looks like when party leaders negotiate behind closed doors, and then, with two days left to prevent a government shutdown, they tell lawmakers that they can contribute only by voting up or down on a measure they haven’t had time to read. Add: The Republican president signed off on the tome before it passed. Poof, $1.3 trillion became enshrined in spending history.

Eight years after Republicans chanted, “Read the bill, read the bill” in response to President Barack Obama’s Affordable Care Act, their leaders rushed out a trillion-dollar behemoth so fast that Trump could say only, “Nobody read it. It’s only hours old.”

“To prevent the omnibus situation from ever happening again, I’m calling on Congress to give me a line-item veto for all government spending bills,” Trump said, even though the U.S. Supreme Court found the line-item veto to be unconstitutional in 1998.

Trump also called on Republican leaders to change Senate rules to eliminate the filibuster, which requires 60 votes to bring a measure to the floor, and allow passage of spending bills on a simple-majority vote.

Maybe such a change could save taxpayers money, but that does not absolve the president. He promised to drain the swamp, and then he failed to pressure Republicans to curb runaway spending.

No wonder Senate Minority Leader Chuck Schumer, D-N.Y., called the omnibus measure “a darn good bill” about which he was “really happy.”

On Twitter, Trump shot back that the measure did not include a fix for DACA recipients, undocumented immigrants who came to the United States as children, as they have been “totally abandoned by the Democrats.”

All in all, Friday’s antics were smart theater that allowed the White House to end the week on a defiant note.

The drama over administration turnover and McMaster’s departure, however, presented less drama and less wisdom behind it.

“This is more than a cast member change,” warned Brett Plitt Bruen, who served in Obama’s National Security Council. “The second string steps in, while new leaders face a steep learning curve. Meanwhile our adversaries are able to strengthen their positions.”

The Brookings Institution, which tracks the turnover of Trump’s A-team staffers, estimates that 48 percent of his first hires have left the White House in the administration’s first 14 months. (The calculation does not include cabinet members.) By comparison, Obama lost 9 percent of his A-team in the first year and George W. Bush lost 6 percent.

And you have to wonder how much of a toll Trump’s mistreatment of his staff is taking on those who remain at 1600 Pennsylvania Ave. Beltway insiders have made a game of guessing which member of Trump’s team will go next. Chief of Staff John Kelly? Veterans Affairs Secretary David Shulkin? Or frequent Trump whipping boy Attorney General Jeff Sessions?

The president likes to tweet that reports of possible firings are “fake news,” and then he pulls the plug.