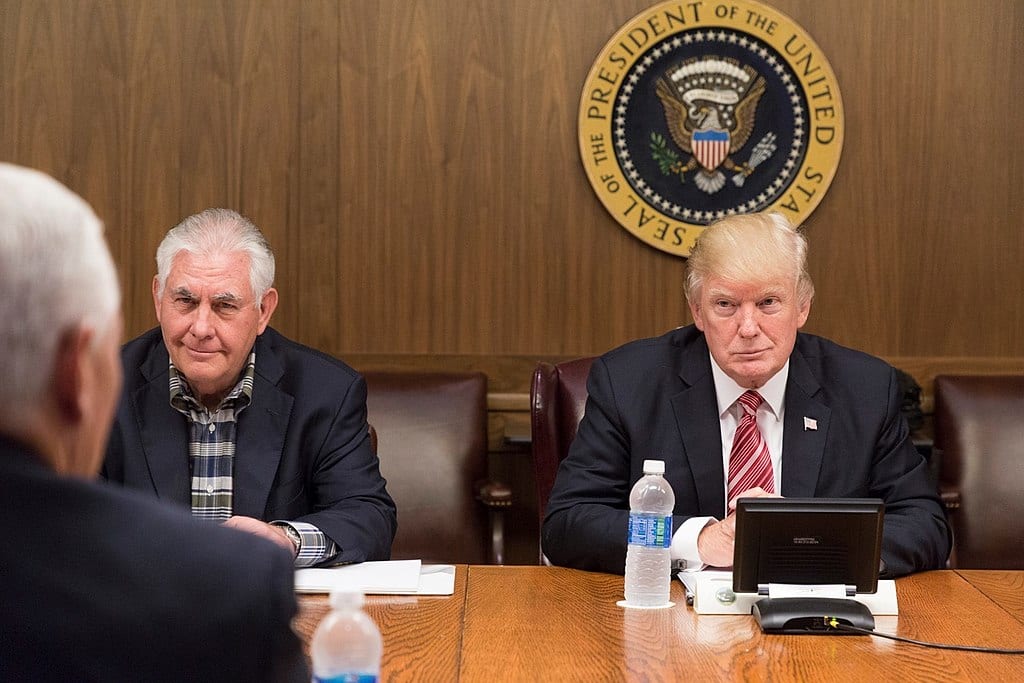 In May 2016, when candidate Donald Trump released a short list from which he pledged to choose a U.S. Supreme Court nominee, he probably clinched his victory in November.

In one gesture, the former Democrat running in the GOP primary assured conservatives he would not pick a wobbly jurist in the David Souter mold — because the list had been drawn with the help of the conservative Heritage Foundation and Federalist Society.

He also quelled the fear of skeptics that the idiosyncratic Trump would pull a quirky wild card out of his deck of people who have caught his eye. Think Fox News’ Judge Jeanine Pirro for the top court. Wouldn’t work.

The list guaranteed that each of Trump’s picks for the high court would be, as Trump described Brett Kavanaugh in his Monday night nomination extravaganza, “a judge’s judge.” The same could be applied to Trump’s first nominee, now-Justice Neil Gorsuch.

Critics have hit Trump for “outsourcing” his Supreme Court pick. But the decision to consult with top conservative legal minds to develop a list, which Trump later expanded twice, has helped the administration avoid surprises and allowed Trump to pick from the cream of the judicial pool.

And as a result, activists on the other side of the aisle had time — months in the case of Gorsuch, and two years in the case of Kavanaugh — to dig through the records of both men, who were on Trump’s first list.

Indeed, the Trump list was so transparent that pro-abortion activists announced they would protest Trump’s pick even before they knew who it would be.

Barring a surprise, the outcome seems clear as well. Kavanaugh is likely to win confirmation, even though Republicans hold only a slim majority of 51 in the Senate and one member — Sen. John McCain of Arizona — has brain cancer and has not been able to cast a vote in the Senate this year.

But the judge, it should be noted, testified in 2006 that if confirmed to the U.S. Circuit Court in Washington, D.C., he “would follow Roe v. Wade faithfully and fully.”

The thing is, both Collins and Murkowski voted for Gorsuch. Both also voted to confirm Kavanaugh in 2006. Barring new developments, it’s hard to imagine them rejecting the judge.

TheHill reported Sen. Rand Paul, R-Ky., had reservations about Kavanaugh, given two of his rulings on government searches and surveillance. In Klayman v. Obama, Kavanaugh wrote, “The government’s metadata (gathering) program is entirely consistent with the Fourth Amendment.”

But after Trump’s announcement Monday night, Paul tweeted he had an “open mind” on Kavanaugh.

Trump apparently is confident that he can count on Paul when the chips are down.

He didn’t take the Kentuckian’s opposition too seriously in April when Mike Pompeo was up for a confirmation vote to become secretary of state. Rand Paul “has never let me down,” Trump proclaimed before Paul flipped in favor of Pompeo.

In his selection of Kavanaugh, Trump picked someone with impeccable credentials who is likely to win the nomination and bring credit to Trump’s judgment. If only he would use this model for all major administration posts.

A number of Trump’s picks reveal shrewd judgment — Pompeo, Vice President Mike Pence, Transportation Secretary Elaine Chao — but others seem driven by an urge to throw caution to the wind.

Trump’s roll-the-dice decision to nominate his White House doctor, Ronny Jackson, to head the Department of Veterans Affairs, for instance, apparently was based on the president’s admiration of Jackson’s performance briefing the press corps on Trump’s health.

Jackson didn’t have the administrative chops for the job, but he did have his share of in-house enemies. By the time Jackson’s name was withdrawn, his reputation was thoroughly smeared. He is a living warning about what can go wrong when Trump takes a shine to you.

Then there’s flash White House communications director Anthony Scaramucci, whom Trump fired 10 days after hiring him. It seems Trump’s idea of a communications wizard didn’t realize it’s a bad idea to badmouth White House higher-ups to a reporter without stipulating that the conversation is off the record.

When Trump named Rex Tillerson as his choice for secretary of state before Pompeo, observers hoped it would be a brilliant outside-the-box move, especially as former Secretary of State Condoleezza Rice recommended the former Exxon chief executive. But Tillerson never was able to transition to diplomacy, meaning that in some spheres of the globe a year of foreign policy was lost.

The worst part is even a casual observer could have predicted disaster, Rice’s admiration notwithstanding.

As Trump basks in the glory of his Kavanaugh pick, one can only hope he will realize that some decisions have too much consequence to go with your gut.