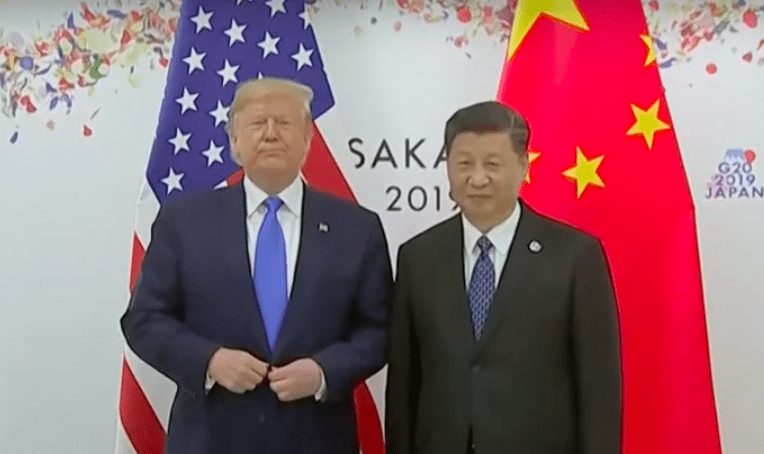 President Trump announced Thursday that a new 10-percent tariff would be imposed on an additional $300 billion worth of Chinese imports starting September 1. In a string of tweets, the president listed the continued sale of Fentanyl to the U.S. and China’s failure to buy large quantities of American agricultural products as the primary reasons for the tariffs.

The president met with Treasury Secretary Steven Mnuchin and U.S. Trade Representative Robert Lighthizer before making the announcement. They appraised him of the results of trade talks held in Shanghai earlier this week. Trump’s tweets indicated his dissatisfaction with the results of the talks, a stark contrast with comments made by representatives from both nations calling the talks “constructive” as they wrapped up.

This new round of tariffs would affect consumer goods and electronics such as iPhones, as opposed to the previous $250 billion worth of largely industrial imports affected by earlier tariffs. The president noted in remarks to reporters at the White House that the 10 percent tariffs would only be in place for a “short-term period, and then I can always do much more or I can do less.”

Trump also claimed, as he has before, that the tariffs haven’t “cost our consumer anything; it costs China.” But there is little evidence for this statement. In fact, most studies have found the opposite. A 2018 National Bureau of Economic Research study, for example, found that “the full incidence of the tariff falls on domestic consumers.” The nonpartisan Tax Foundation has reached similar conclusions, arguing that “If additional tariffs and in-kind retaliatory actions continue to be taken, the harm caused to U.S. businesses and consumers would increase.”

Soon after the announcement, China threatened retaliatory action. Its Foreign Ministry spokeswoman, Hua Chunying, warned that China would have to take “necessary countermeasures to protect the country’s core and fundamental interests” if the tariffs pass.

Stock markets and business groups also responded negatively. After the announcement, the Dow Jones industrial average fell by 280 points. The Nasdaq Composite index closed with a 0.8 percent decrease, and the S&P 500 fell by 0.9 percent. Myron Brilliant, the executive vice president of the Chamber of Commerce, said that “Raising tariffs by ten percent on an additional $300 billion worth of imports from China will only inflict greater pain on American businesses, farmers, workers and consumers, and undermine an otherwise strong U.S. economy.”