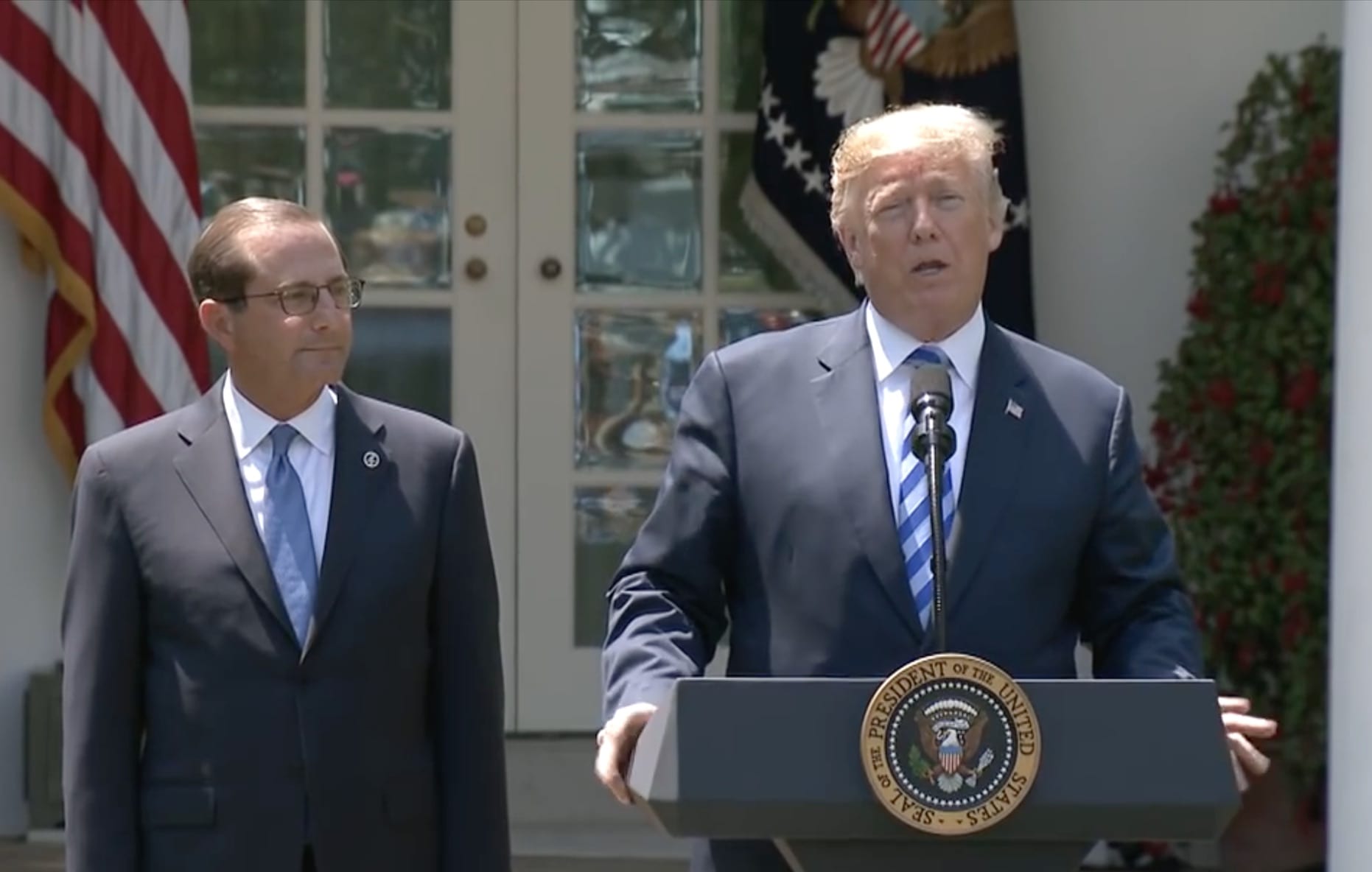 The most common liberal complaint about the President’s blueprint involves his decision, as the New York Times laments, “not to have the federal government directly negotiate lower drug prices for Medicare.” Trump alarmed conservatives during his presidential campaign by flirting with that exceptionally bad policy idea, but sensibly abandoned it when working with his advisors to formulate a concrete plan. The term “negotiate” has no real meaning in the context of federal dealings with the drug industry. It is nothing more than a pseudonym for price controls. Allowing the government to “negotiate” with drug companies for lower Medicare drug prices would inevitably create shortages of badly needed pharmaceuticals.

That drug shortages would result from allowing Medicare to negotiate directly with drug companies is not a matter of speculation. We already have a huge federal bureaucracy that “negotiates” prices with drug companies — the Veterans Health Administration. And the results have been all too predictable. According to a study by Avalere, the VHA covers 16 percent fewer drugs than does Medicare Part D. Many of the medications not covered by the VHA are common generics. Not coincidentally, generic drugs figure prominently in Trump’s drug plan, which would increase industry competition by accelerating the speed with which such medications reach the market. On Friday, FDA commissioner Scott Gottlieb put it as follows:

We’re helping remove barriers to generic drug development and market entry in an effort to spur competition that results in lower drug prices.… We’ve committed to timelier generic drug reviews to reduce the cycles of review that generic applications typically undergo. In 2017, we approved a record number of generic drug applications… by ensuring that regulatory requirements are efficient, predictable and science-based; we can help reduce the time, uncertainty and cost of generic and biosimilar product development.

In addition to reducing prices for generic drugs, the American Patients First plan includes a component that should provide significantly more power to Medicare Part D sponsors in their negotiations with pharmaceutical manufacturers. How is this different from allowing Medicare to negotiate directly with drug companies? The Part D prescription drug benefit is administered through private insurance plans (sponsors) that compete for business based on costs and coverage. They negotiate prices individually with drug companies. This system has worked better than any other federal entitlement at controlling costs. But this program is now 15 years old and needs an “upgrade.” Friday, HHS secretary Alex Azar phrased it thus:

Over 15 years, as so often happens with government programs, it got frozen in place. And the private sector kept adapting and learning, especially after the economic crisis in 2007, how to control drug spending even better.… Part D stayed more static. We need now to bring the same tools that are available to the private sector to those Part D drug plans so they can negotiate better. We need to unleash them so they can drive great deals for our seniors.

Obviously, reducing prices for generic drugs and the amounts paid by Medicare Part D for medications represents progress. But the President also plans to reduce out-of-pocket costs for patients by getting rid of the “Pharmacist Gag Rule.” There’s a middle man in almost every U.S. drug transaction called the pharmacy benefit manager (PBM), a third party like Express Scripts that contracts with pharmacies, negotiates discounts with drug companies, processes prescription claims, etc. According to the American Pharmacists Association, they often impose clauses in pharmacy contracts that bar pharmacists from telling patients that they pay less out-of-pocket by not using insurance. On this topic, President Trump was typically blunt:

Our plan bans the Pharmacist Gag Rule, which punishes pharmacists for telling patients how to save money. This is a total rip-off, and we are ending it.

The President also spoke about a topic that has been widely misrepresented by the Democrats and their media mouthpieces — foreign free riding off American innovation. Bloomberg, for example, published a typical distortion of Trump’s plan in a “news” story under the following headline: “Why Higher Drug Payments in Other Countries Won’t Help the U.S.” Neither Trump nor anyone in his administration has suggested such a policy. The problem Trump wants to eliminate is unfair trade practices. The left has long claimed that drug companies charge more in the U.S. due to naked greed. Jerry Rogers, a former deputy VP at the Pharmaceutical Research and Manufacturers of America, subjects that claim to a reality test at RealClearHealth:

It’s the threat of compulsory licensing that forces American companies to sell their products at price-controlled levels in foreign markets, again, driving up costs for Americans. The reason why drugs are so cheap in Canada, for instance, is because if an American company refuses to sell its medicine in Canada at the artificially set, government-mandated price, the Canadian government will just take the patent.

That’s what the President means when he says, “When foreign governments extort unreasonably low prices from U.S. drug makers, Americans have to pay more to subsidize the enormous cost of research and development.” No one, including the President, believes that Big Pharma is as pure as the driven snow. Trump also knows that the problem of high drug prices can’t be solved with panaceas like re-importation or government price controls. That realism is the best feature of his American Patients First plan. It addresses high drug prices as the complex problem that it is. Donald Trump has grown in office, but not in the usual way. He’s hasn’t been sucked down by the swamp. He’s learning to do the backstroke through the slime.