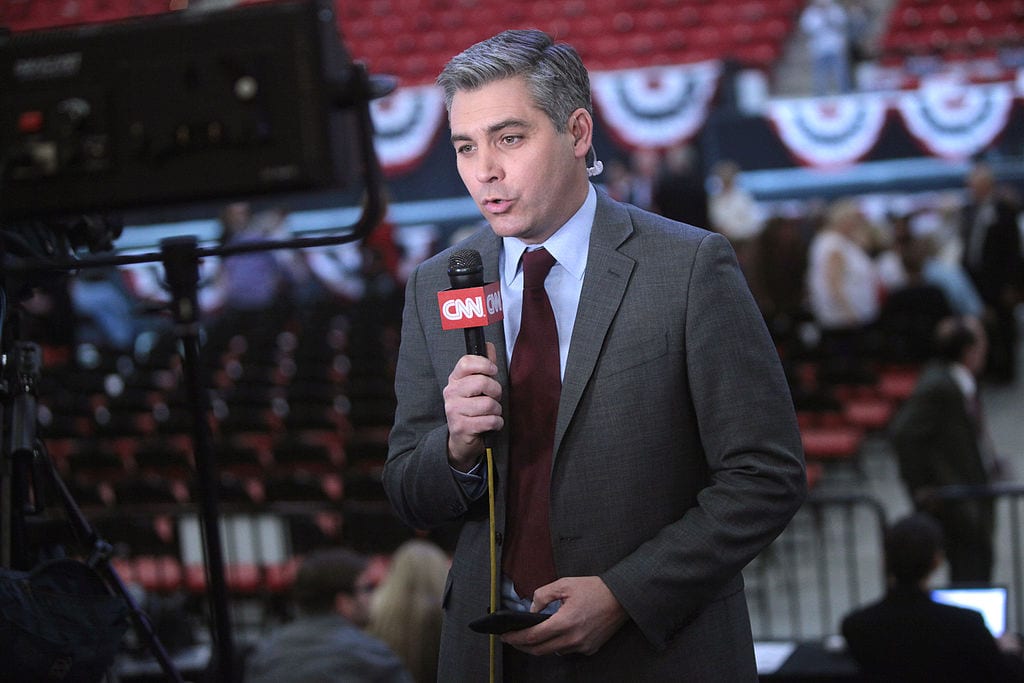 President Donald Trump and CNN reporter Jim Acosta were made for each other. Both are masters at kicking up outrage.

Acosta is a very likable guy, but he rarely asks actual questions. Instead, he uses press conferences and briefings to argue with Trump or press secretary Sarah Sanders.

Acosta started his non-question at Wednesday’s postelection press conference in the East Room by saying he wanted to “challenge” Trump.

Acosta then informed the president that it was wrong to use the word “invasion” to describe the migrant caravan heading toward our southern border. “You demonized immigrants in this election,” Acosta added.

It was the kind of moment Trump relishes. He got to mix it up with a CNN reporter whose politics are unquestionably on the left — which no doubt is why Trump called on him. Every time Acosta interrupted the president of the United States, you just know the GOP base seethed inwardly.

When Trump told Acosta to put down the microphone, Acosta did not comply. An intern tried to take the mic from Acosta. She went into his space; he resisted. A torrent of outrage on Twitter was spawned.

Later, the White House yanked Acosta’s White House press pass. The White House, Sanders said in a statement, will “never tolerate a reporter placing his hands on a young woman just trying to do her job as a White House intern.”

Sanders also tweeted a video apparently edited by the right-wing conspiracy website Infowars to back the claim that Acosta placed his hands on the intern.

On the left, there was outrage at the White House for manufacturing an excuse to punish Acosta. On the right, partisans fumed that Acosta used a karate chop on the intern.

The whole episode showed how polarized American partisans have become. It was a quick collision. Nobody was hurt. Yet people were fuming.

Trump keeps mixing it up with reporters who wear their liberal politics on their sleeves precisely because he wants to don the mantle of victimhood.

For his part, Acosta has increased his visibility by sparring with Sanders and Trump. The more the White House tries to check him the brighter the CNN star shines.

When the White House Correspondents’ Association protests — as it had to do when the administration pulled Acosta’s credentials — the Trump base translates that protest into the belief that the White House press corps is monolithic and anti-Trump.

In 2012, when reporter Neil Munro of the right-leaning Daily Caller, shouted out a question to President Barack Obama as he spoke in the Rose Garden, Politico reported the episode as a “surprising breach of etiquette” in which a reporter heckled the president.

Reporters just didn’t treat Obama that way. On the other hand, Obama generally treated the press with respect, unless they worked for Fox News.

That’s no defense of the White House’s decision to pull Acosta’s pass.

As someone who covers this White House, I know that Trump often rewards reporters who shout questions with long answers. This sudden umbrage at Acosta is too arbitrary. Methinks Trump picked a fight with the CNN reporter because the GOP lost the House and Trump wanted to lash out.

But if this stunt works this time, it will be used again — perhaps to punish someone for asking inconvenient questions. And if Trump can do it, the next president can do it, too.