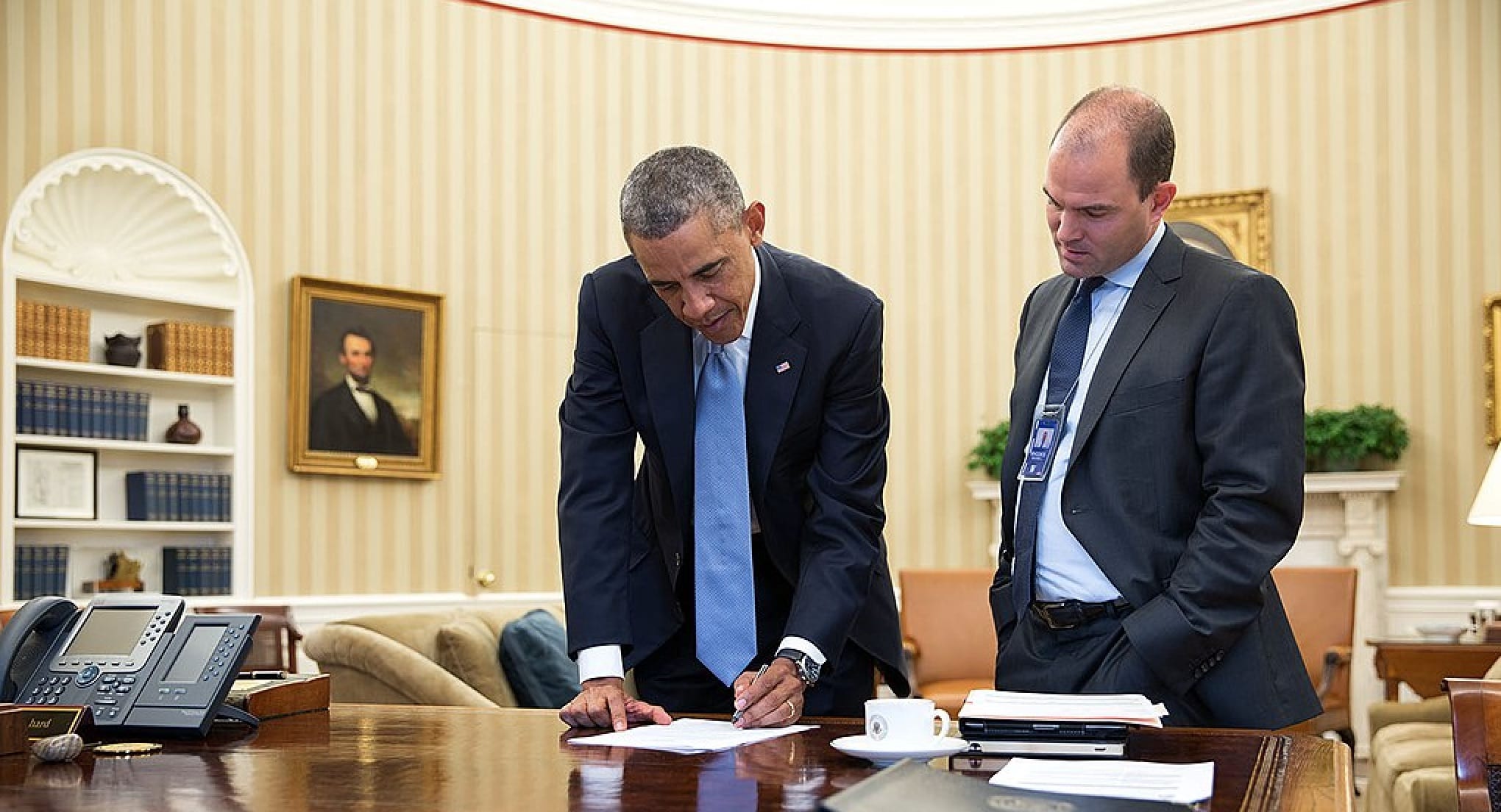 It’s a new year, but nonetheless it’s time for yet another installment of an old favorite in this space, Reasons Why the Democrat Party Is by and for People Incapable of Doing a Proper Job at Productive Work.

That many, if not most, of the more “consequential” people in that party so thoroughly beclowned themselves over Iran’s latest attempt at violating the sanctity of a U.S. embassy in the Near East would hardly be a surprise, but it is terribly instructive to note the intellectual, strategic, and moral deficiency which pervades the Left.

A quick synopsis: Iran, which desperately wants a war with the United States because American sanctions against that rogue Islamist regime have all but shut down that country’s economy, has engaged in a long series of provocations designed to bait President Trump into high-grade military action. Up until now, though, Trump has ignored them, simply continuing to tighten the economic screws on the regime.

But last week the Iranian-backed Hezbollah militia perpetrated rocket attacks against a few U.S. military installments in Iraq, killing an American contractor and wounding several Americans and Iraqi troops at a facility in Kirkuk. Trump did respond to that, calling in airstrikes which killed 25 Hezbollah thugs.

That brought on an attack on the U.S. embassy by Iranian proxies, who stormed the gates of the embassy and set several fires on the grounds. A two-day crisis ensued which at one point looked more than a little like one of two unpleasant episodes of relatively-recent American history: the 1979 storming of the U.S. embassy in Tehran, and the taking of more than 50 Americans as hostages for more than a year, by “students” who were the precursor to the current Iranian regime, and the 2012 attack on the U.S. consular facility in Benghazi by Islamist militants which ultimately led to the deaths of four Americans including our ambassador to Libya.

Baghdad didn’t end up like Tehran or Benghazi, though, because Donald Trump is not a hapless, Hate America First dolt like Jimmy Carter or Barack Obama. Trump immediately sent 100 Marines and a pair of Apache attack helicopters to the embassy, and put 4,000 airborne troops on alert. That show of force undoubtedly saved lives, as the attackers recognized they would get no cheap victory at American expense and melted back into the Iranian-sponsored squalor and dysfunction from which they came.

Trump’s response to the crisis was completely predictable. He did what any American president serious about defending our people stationed overseas would do. The attackers at the embassy didn’t come armed with guns; they came disguised as men-on-the-street. So much so that the media organs of the American Left, specifically the New York Times and Washington Post but not limited to them, styled the attackers as “mourners” or “protesters” rather than militants. That’s precisely the sort of formulation used to describe the attackers at the Tehran embassy and Benghazi consular facility, when by now it should be pretty clear that a “protester” in an Islamic country influenced by Iran or the Muslim Brotherhood is not the same as what you might have seen at Kent State.

In fact, it’s even worse than that, because the real protesters in Iraq at the moment are opposing Iran and the Iranian-backed government in Baghdad. To make matters even uglier, the Hezbollah thugs who stormed the embassy in Baghdad have been killing and maiming those protesters over the past several weeks. But that’s not something the Times or Post care to make known to their readers.

But before Trump could make the problem go away by actually using American military assets rather than standing them down as Obama and his Secretary of State Hillary Clinton did in Benghazi, the Left erupted in comparisons which, frankly, didn’t age well.

There was MSNBC’s Joy Reid, who couldn’t help herself but to attack Trump amid the crisis. “As Trump’s Benghazi unfolds in Iraq…” she posted on Twitter.

That prompted Sen. Ted Cruz to have a go at Reid. He responded to her Tweet by asking “What’s wrong with you? Is partisan hatred really that deep? We root for American soldiers, not against them.”

But Reid was anything but alone. There was former Obama official Ben Rhodes, who openly bragged about his ability to manipulate gullible and pig-ignorant millennial reporters in order to build an echo chamber in support of the disastrous Iran nuclear deal, complete with its pallets of cash and naive (or worse) neglect of clear breaches of reporting by the Iranian regime, in the middle of the embassy crisis.

“Trump sanctions on Iran have done nothing to change Iranian behavior except make it worse,” Rhodes tweeted. “This is what happens when your foreign policy is based on Obama envy, domestic politics, Saudi interests, and magical right wing thinking.”

And then Rhodes really laid on the invective. “It’s hard to overstate what a total failure Trump’s Iran policy has been. Nuclear program resumed. Regional provocations escalated. US isolated.”

That foolishness didn’t escape the notice of New York Republican congressman Lee Zeldin, who let Rhodes have it.

Connecticut Democrat Senator Chris Murphy joined the cacophony of attacks on the President, chiming in with this…

“The attack on our embassy in Baghdad is horrifying but predictable. Trump has rendered America impotent in the Middle East. No one fears us, no one listens to us. America has been reduced to huddling in safe rooms, hoping the bad guys will go away. What a disgrace.”

The responses to his tweet were decidedly unkind, noting that everything Murphy accused Trump of would have been spot on in 1979 and 2012.

Then there was the clownish Obama Undersecretary of State for Political Affairs Wendy Sherman, now a professor at Harvard (of course!), who offered up this attack: “If @SecPompeo was a real SecStste, he’d leave today for Iraq to meet with leaders and most importantly spend new year with embassy employees on duty protecting all of us.”

That stupidity was blown up by former Bush 43 Defense Department official Mary Beth Long, who responded with a high-explosive truth bomb: “Shame on you Wendy and others! When we lost our ambassador in #LIBYA #Benghazi NO ONE showed up in #Tripoli for WEEKS afterward from State (or any other #Obama admin) resulting in ME and my group treated like govt officials b/c Libyans were so desperate for attention.”

Then there was Donald Trump, Jr., who pasted Reid’s “Benghazi” tweet with the obvious political comeback his father would shortly echo: “‘Trump’s Benghazi’ was handled with decisive action, like an actual leader would respond. The response (since they actually bothered to respond, unlike Obama/Crooked) was really the anti-Benghazi response! You’re welcome.”

Safe to say the political attack on Trump from the American Left was no more successful than the Iranians’ Baghdad gambit. Both collapsed in the face of superior, and more forceful, arguments.

This was always going to be the case, though. What did the Democrats think was going to happen? That the American people would rise up in a chorus of outrage over Trump’s having pulled out of their Iran deal? The optics of pallets of cash being delivered to a sworn enemy whose national motto is “Death To America” might be the single worst in all of recent American politics, and criticizing Trump for a change in direction from that stupid policy in the middle of a crisis hardly improves their standing.

And worse, when Trump responded to the Iranian affront at the Baghdad embassy with a show of force, it was Joy Reid and the rest of the “Trump’s Benghazi” crowd who were responsible for helping to point out what a stark difference in the quality of leadership he’s offering as opposed to what their side gave us.

Competent professionals don’t fall into traps like these. It takes real stupidity and a deficiency of critical or tactical thinking to faceplant like this. But that’s all you get from today’s Democrat Party. From Nancy Pelosi’s never-ending impeachment mess to Joe Biden suggesting coal miners learn to code to Bill de Blasio and Andrew Cuomo gaslighting New Yorkers over the rampant, and now violent, anti-Semitism in core Democrat voting groups, they cannot help themselves but to commit comically idiotic political seppuku.