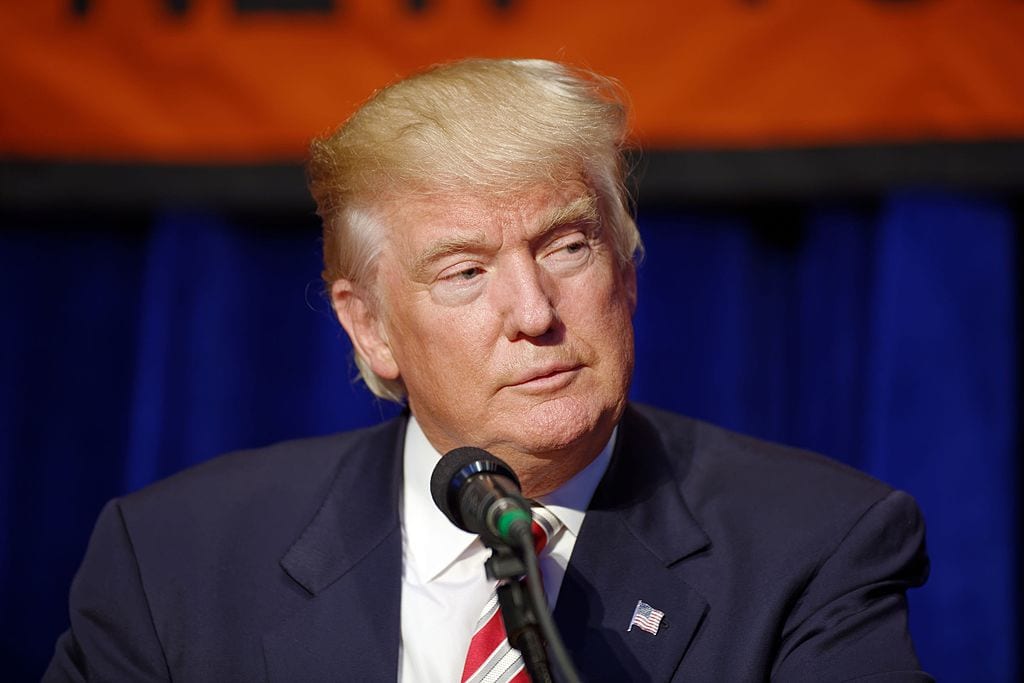 President Donald Trump has spent his entire adult life railing against the excesses — and damage — that untrammeled “Free Trade” has done to the United States and the majority of Americans. In many ways, his surprise victory in the 2016 presidential election (it was only a surprise to the very same free trade cultists he railed against) was as much a repudiation of the free trading dogmas of neoliberalism as it was a denunciation of the expansive foreign policies championed by neoconservatives.

Recently, the president has engaged in what some are calling a low-grade trade war with the People’s Republic of China. While most Trump supporters knew that holding China’s proverbial feet to the fire would not be an easy task, few could have guessed that Trump himself would complicate his own efforts to rein in China’s unfettered, decades-long, economic war against the United States.

Several events happened in the past week.

Third, Peter Navarro, the controversial White House trade adviser known for his extreme positions on trade protectionism, was granted access to the next round of Sino-American trade talks, after having initially been disinvited from the talks.

Fourth, Trump’s tweeted last week intimating his willingness to grant critical concessions to the Chinese telecommunications giant (and state-owned corporation), ZTE. In exchange for allowing American agricultural firms to sell previously banned farming equipment in China, as well as potentially having invested in a Trump Organization property in Indonesia, the American side would relieve ZTE of onerous trade restrictions imposed earlier in the year on the Chinese tech firm.

Should President Trump relieve the ZTE Corporation — or any other Chinese state owned tech firm — from trade restrictions imposed to protect American national security, he would not only betray his constitutional duty to protect the country as president, but he would also further contribute to the destruction of the American economy. Just as the previous two decades saw the Chinese take advantage of the American manufacturing sector in order to build up its own strength relative to America’s, Beijing is now pivoting and seeking to gut the United States of its high-tech, white-collar sectors.

Critical support for science, technology, engineering, and math education programs for its young; an emphasis on technological and scientific development above all else (as defined in the Chinese Communist Party’s National Science, Technology, and Innovation Plan); and copious investments made into cutting-edge, next-generation technological development (everything from quantum computing to the quantum internet, artificial intelligence, and nuclear fusion research to name a few areas) have allowed for China to directly compete with the United States for global dominance. Granting ZTE the ability to take over American firms, such as Qualcomm, the wireless networking company, would only further China’s interests — at American expense.

Presently, Qualcomm is a leading innovator in the development of wireless technologies, such as the 5G network. It is essential for the integration of the “internet of things”; Qualcomm provides a large portion of U.S. government cellular devices; and Qualcomm plays a pivotal role in ensuring America’s overall cyber security. Should ZTE be given sanctions relief, they would then have access to all of these strategic assets. Further, if the Trump Administration lessened the sanctions on ZTE, then China would gain access to information needed to build semiconductors indigenously. A homegrown semiconductor capability is the last stumbling block in China’s epic quest to displace the United States in the tech sector (and, eventually, in all other areas).

For the Trump Administration to consider giving in to China during these difficult trade negotiations is bad enough. But, to abandon the president’s steadfast commitment to trade protectionism — particularly in the area of semiconductors, America’s silent advantage over China — in favor of winning some paltry deals that would benefit American farmers or enrich the coffers of the Trump Organization’s real estate empire would be a terrible betrayal. Thankfully, it would appear that President Trump has rightly reversed course on any self-destructive deal.

Not only should Trump intensify his pressure campaign on China over trade, but he should also let ZTE die. It is a direct national security threat that, if left unchecked, would lead to the long-term degradation of America’s strategic dominance and give our great rival a significant competitive edge in global economics. Time will tell what the Trump Administration will do.

One thing is clear: The White House is looking for a soft landing to its hard stances on trade with China. Perhaps China has already won this round of the trade war. But, if the White House holds strong, it just might exact the concessions it needs from China without sacrificing American national security.