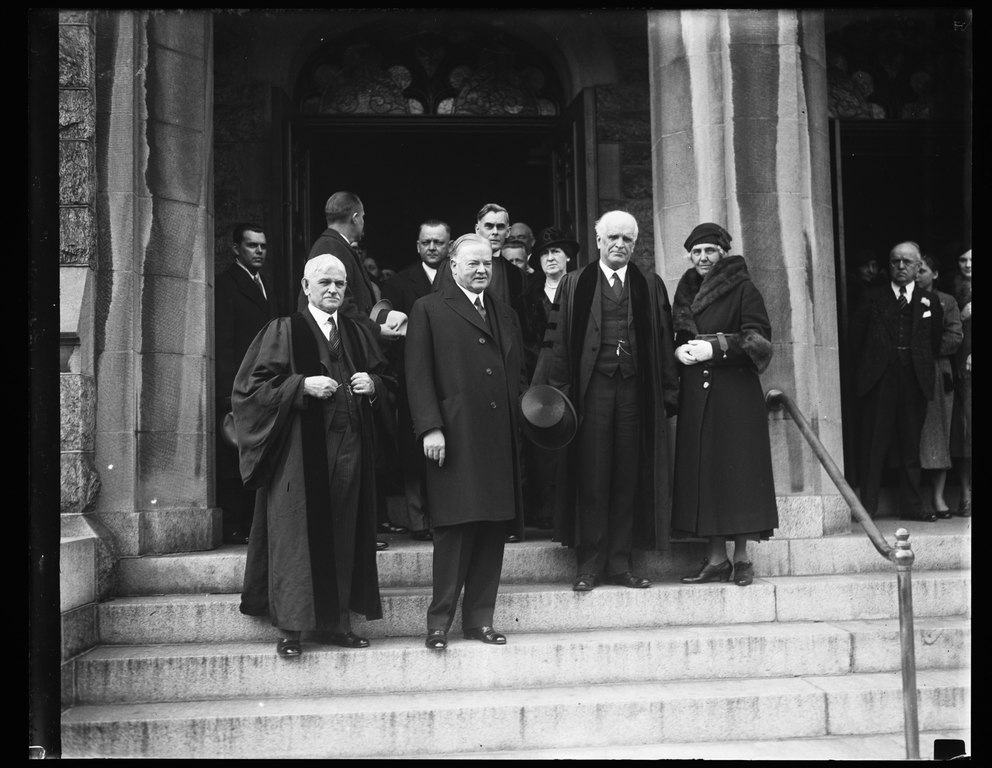 The emerging Democratic strategy for defeating President Trump in November is to convince voters that he is the reincarnation of Herbert Hoover, whom the voters blamed for the Great Depression and turned out of office in 1932. Consequently, partisans such as Senate Minority Leader Charles Schumer (D-N.Y.) compare Trump to Hoover and “news” outlets run articles with titles like “Trump Is Following in Herbert Hoover’s Footsteps.” This nonsense is based on two myths — that the Great Depression was caused by Hoover and that the economic downturn associated with COVID-19 will be blamed on Trump. Few historians believe the former and the voters aren’t foolish enough to believe the latter.

This has been made manifest by several recent polls, the most startling of which was released last week by the president’s bête noir, CNN: “Trump has an edge in the critical battleground states that could decide the Electoral College, according to a new CNN poll conducted by SSRS…. 52% favor Trump and 45% Biden.” Meanwhile, various surveys show Trump enjoying his highest ever approval numbers. As recently as Friday, Gallup confirmed that Trump’s job approval rating remains at 49 percent, unchanged from April and tied for the best of his presidency. These polls belie the claim that Trump is the Hoover of our era and show that the voters already know where the blame lies. Stephen Moore writes,

Democrats have defined themselves as the shutdown party.… Voters will see the chaos in cities led by Democrats, especially New York and Los Angeles. They will see the stampeding of people and businesses from blue states in the north to red states in the south, where businesses are treated like assets rather than criminals. They will see that Democrats stand for welfare, job loss, high taxes, and more government restrictions on the private economy.

Moreover, they will remember the dictatorial antics of Democratic governors like Pennsylvania’s Tom Wolf, Michigan’s Gretchen Whitmer, Wisconsin’s Tony Evers, Illinois’ J. B. Pritzker, California’s Gavin Newsom, et al. Likewise, they will recall that most of these Democratic governors continue to push back the expiration dates of their arbitrary stay-at-home orders far beyond the point that could possibly be justified by reasonable public health concerns. As of this writing, the hapless residents of the following states are still immured by such edicts: California, Delaware, Illinois, Kentucky, Maine, Michigan, New Hampshire, New Jersey, New York, North Carolina, Oregon, and Washington.

Meanwhile, the president has emphasized federalism, declining to order a national shutdown. He has also encouraged the states to lift their stay-at-home orders as quickly as possible so Americans could go back to work. Consequently, virtually all stay-at-home orders in Republican-run states have been allowed to expire. Trump has also encouraged voters to protest extended lockdowns, directly addressing the edicts of Michigan Gov. Gretchen Whitmer (D) in a tweet: “LIBERATE MICHIGAN!” His 2016 opponent, reverting to form, labeled the protests “domestic terrorism.” This was inevitably echoed by the media, prompting Jonathan Turley to explain the obvious. It’s dumb to insult the voters:

I did not vote for Trump, and I have regularly criticized him in columns and blog posts. However, I have watched the stereotyping of Trump supporters at media conferences for years.… It ignores the fact that Hillary Clinton had record negative polling before the nomination and was widely viewed as pathologically inauthentic.… Thus, polls indicate that the unending attacks on Trump and his supporters in the media are not conditioning but, instead, are repelling voters.

The media have, in other words, fulfilled Trump’s warning that they can’t be trusted. And this is reflected in the way voters respond to questions about the economy. The latest Harvard CAPS-Harris Poll shows that “Fifty-five percent of respondents said they expect the country to slide into an economic recession six months from now,” hardly a surprise considering that the residents of a dozen states are forbidden by their governors to fully participate in the economy, resulting in the highest unemployment rate since the great depression. Yet, despite the steady media mantra about the president’s “slow response” to the coronavirus outbreak, a majority of voters still trust Trump’s economic stewardship:

The U.S. lost 20.5 million jobs in April and the unemployment rate spiked by more than 10 points, from 4.4 percent in March to 14.7 percent in April.… President Trump has been eager to reopen the economy, but that decision is largely being driven by governors, who have in many cases taken a more cautious approach to ensure that the outbreak does not worsen. Still, 53 percent of respondents said they approve of Trump’s handling of the economy.

All of which suggests that an attempt to hang Herbert Hoover around Trump’s neck will fail for several reasons: First, it’s not clear that many rank-and-file Democratic voters would be able to identify Herbert Hoover, much less how he relates to the COVID-19 economy. Second, polls already show Trump ahead of his probable November opponent in critical swing states where Democratic governors refuse to reopen their economies. If the president wins those states, neither Joe Biden nor any other Democrat will be able to defeat him. Finally, Trump has already demonstrated that he can bring a moribund economy back to life. There is no one else in American politics today who can make that claim.