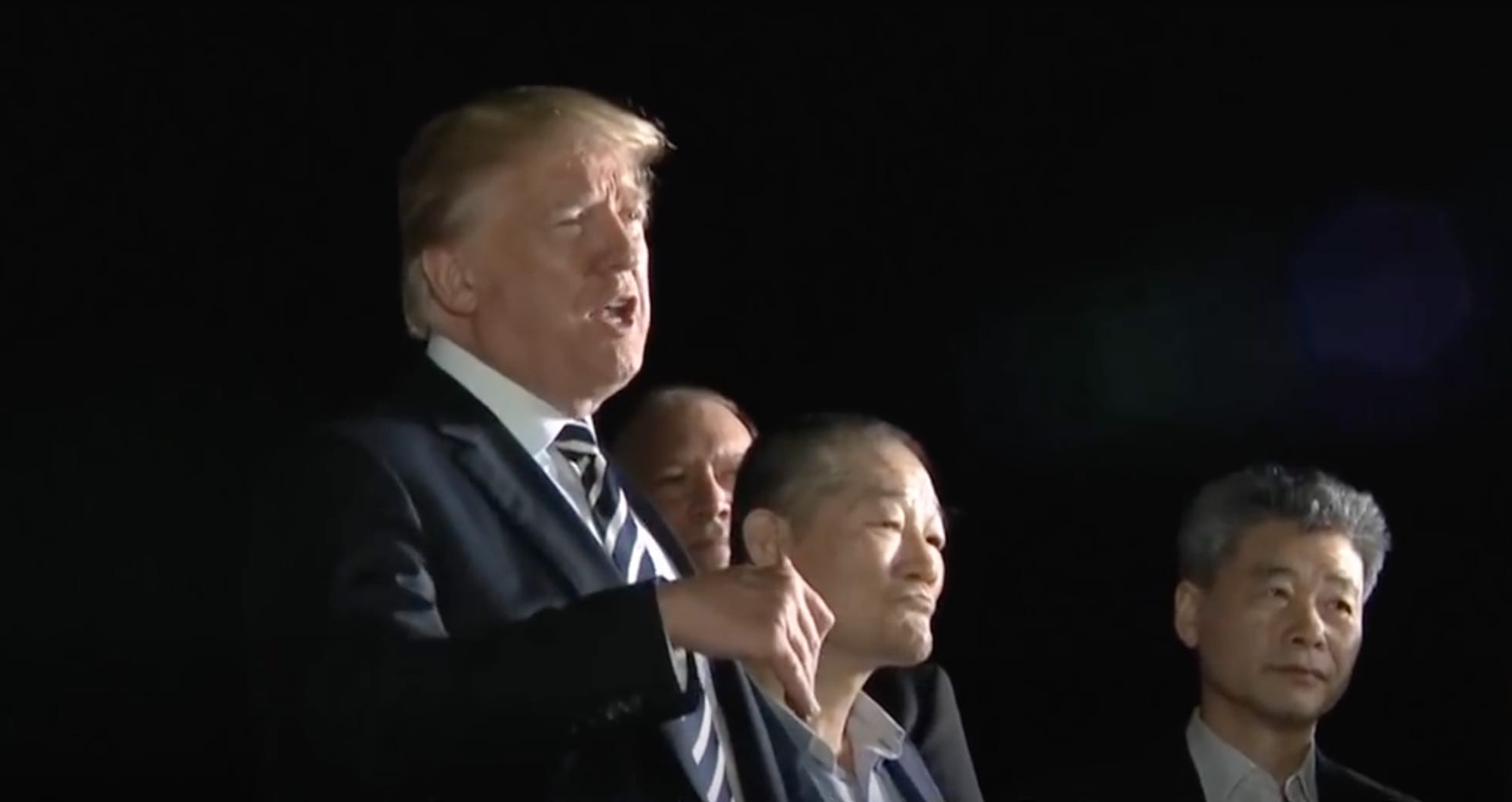 President Donald Trump has the White House running on fast forward. He is pushing the once crusty and creaky foreign policy apparatus to move at the speed of Twitter.

Is Trump’s at-a-blur pace for better or worse?

At 3 a.m., the president and first lady shared a triumph at Joint Base Andrews as they greeted three buoyant American prisoners released by the North Korean leader Kim Jong Un in advance of June’s big meeting between Trump and Kim.

“This is a wonderful thing that he (Kim) released the folks early. That was a very big thing,” Trump exclaimed. Fast is good.

Hours later, Trump tweeted more big news: “The highly anticipated meeting between Kim Jong Un and myself will take place in Singapore on June 12th. We will both try to make it a very special moment for World Peace!”

That’s right. Trump scheduled a summit that leaves his national security staff and the hollowed-out State Department bureaucracy about a month to prepare for complicated negotiations involving highly technical issues. It would have been nice if Trump were this quick at filling vacant positions in Foggy Bottom.

Did he schedule the summit too fast?

“Yes,” answered Ty Cobb, a foreign policy adviser to President Ronald Reagan now with the National Security Forum. In Cobb’s experience, summits follow extensive preparation over minute details — all resolved before a summit begins, so that the summit itself is simply a ceremony. Trump is leapfrogging over the usual order.

And yet, Cobb finds himself thinking maybe Trump has found a smart approach with North Korea. Cobb said he had just finished a panel discussion with two other national security veterans, and all three “were struck at the success this president has had relying on his instincts instead of the bureaucracy.”

Americans pretty much had become used to the glacial pace of statecraft. Trump and Secretary of State Mike Pompeo are ripping up the old playbook.

While Trump was announcing U.S. withdrawal from the Iranian nuclear pact on Tuesday, Pompeo was already on to the next thing. “At a Key Moment, Trump’s Top Diplomat Is Again Thousands of Miles Away,” read a disapproving headline in the New York Times.

The Times didn’t look all that hot when Pompeo returned from Pyongyang with three freed prisoners in tow.

In December, when Trump recognized Jerusalem as the capital of Israel — and said he would move the U.S. Embassy from Tel Aviv to the Holy City — D.C.’s chattering class expected the move to take years.

Wrong. On Monday, some six months after Trump’s declaration, the United States will open the new embassy — and thus make good on a promise in legislation enacted in 1995.

Yes, the new Jerusalem embassy will be carved out of an old compound — a few rooms inside what has been the U.S. consulate office in Arnona, a suburb of Jerusalem.

“It’s not real,” scoffed former Obama Under Secretary of State Ellen Tauscher. “This is like changing the sign on a hotel.”

Tauscher added there will not be enough room for most of the staff stationed at the long-standing embassy in Tel Aviv, so “I don’t think that the embassy is moving.”

Cobb posited that past administrations would have moved at a snail’s pace to relocate the embassy. Various staffs would have picked through all the angles, he told the Las Vegas Review-Journal, and then “would have reached a compromise decision that satisfies no one.”

James Carafano, a senior fellow at the Heritage Foundation, offered that he would have recommended against the embassy move. “Nobody really cares about the embassy,” Carafano said, “not even the Palestinians. It’s all symbolic.”

Trump? He “does it anyway,” Carafano continued — to show the Palestinians that Trump is serious about their leaders’ need to change.

Trump brought Pompeo and National Security Adviser John Bolton on board, said Carafano, “to get the government to move on Trump time.”

Cobb sees an executive “overturning decades of tradition and caution.” Is he worried? “Yes, we’re all worried about that,” said Cobb. But to Trump’s credit, “it’s worked out so far.”

Despite all the doomsday predictions, Carafano noted, “He hasn’t started World War III yet. That’s good.”