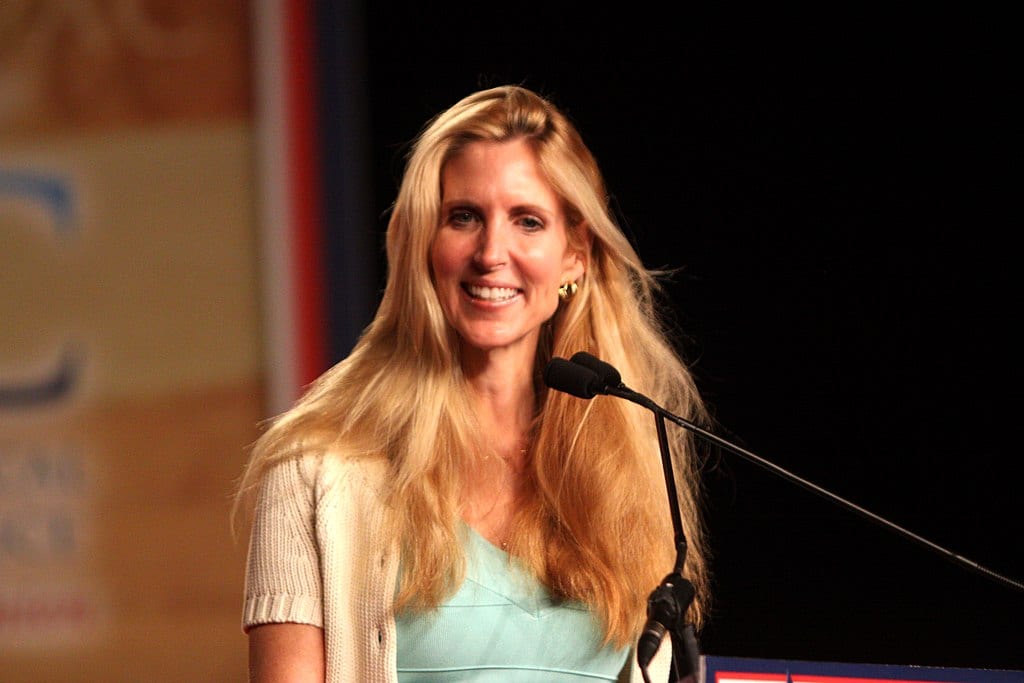 Conservatives from sea to shining sea are screaming “betrayal” because the GOP passed and the President signed the massive omnibus spending bill. The poster child for this hysterical overreaction is Ann Coulter, who furiously tweeted that it would get Trump impeached and cause the Republicans to get wiped out in the upcoming midterms. Coulter hasn’t sounded this crazy since 2012, when she endorsed Mitt Romney for President. It is, of course, true that the bill is deeply flawed. To understand why it passed and why Trump signed it, conservatives should refer to this excerpt from The Art of the Deal:

My style of deal-making is quite simple and straightforward. I aim very high, and then keep pushing and pushing.… I never get too attached to one deal or one approach.

It’s no coincidence that White House budget director Mick Mulvaney sounded equally pragmatic when asked during a press conference if President Trump was willing to sign such an imperfect bill:

The answer is yes. Why? Because it funds his priorities.… Is it perfect? No. Is it exactly what we asked for in the budget? No. Were we ever going to get that? No.

This, like it or not, is how deals get made inside (and outside) the Beltway. No one gets everything they want. It’s obvious that the federal budget process is dysfunctional and must be reformed. Mulvaney made several oblique references to cumbersome Senate filibuster rules during his press conference, including the following: “When appropriation bills have to have 60 votes in the Senate, which they do, you’re going to always have to rely on Democrat votes in a Republican majority.” Yet even if the filibuster is eliminated tomorrow, realism will always prevail. In the real world, sausage making is messy.

As to this particular omnibus bill, it isn’t nearly as bad as people like Coulter suggest. Conspicuously absent from the final bill, for example, were the cost-sharing reduction and risk mitigation programs (i.e. insurance company bailouts) that the Democrats wanted in the budget for the purpose of forestalling the inevitable implosion of Obamacare. These bailout provisions never made the cut because the Republicans made the Democrats an offer they couldn’t accept: The Hyde Amendment, which forbids the use of taxpayer money to fund abortions, would apply to any cost-sharing reduction and risk mitigation funds.

Another item on the Democrat wish list was the codification of the Deferred Action for Childhood Arrivals (DACA). Former President Obama concocted DACA in 2012, ostensibly to protect illegal immigrants brought here as minors. Trump rescinded Obama’s illegal executive order last September, “There can be no path to principled immigration reform if the executive branch is able to rewrite or nullify federal laws at will.” Trump wouldn’t budge on the “dreamers” unless the Dems came in his direction on the border wall. They stalled and DACA was left out of the bill. California Rep. Pete Aguilar was not happy:

The president has rejected at least six or seven bipartisan solutions that have been presented to him.… We need to be clear: Democrats and Republicans are scrambling to clean up a mess created by the administration’s anti-immigrant agenda.

It’s absurd, of course, to suggest that Trump created the illegal immigration crisis. It’s also dumb politics. The Democrats believe their intransigence on the $25 billion requested by the President to build the wall was a victory, but they have failed to consider that Trump has some flexibility on how he spends the $700 billion allocated for the military. Yesterday morning, he tweeted, “Building a great Border Wall… is all about National Defense.” This echoes remarks he made when he signed the omnibus bill on Friday. Most of the news coverage focused on his pledge not to sign such a bill again. The following remarks were ignored:

I want to address the situation on border security, which I call national defense. I call it stopping drugs from pouring across our border. And I call it illegal immigration. It’s all of those things.… But national defense is a very important two words. Because by having a strong border system, including a wall, we are in a position, militarily, that is very advantageous.

Much of the $700 billion must be spent according to specific rules, of course, but some of that money is fungible. And there is language in the bill allocating $78.1 billion to operations that assist the Global War on Terror. The New York Times reported last year that the Army Corps of Engineers had already begun preparations for the construction of the wall. And, because “a strong border system” is crucial in keeping foreign terrorists out of the country, it’s hard to believe that the Trump administration would have trouble justifying $25 billion for a wall in the name of national defense. Even Ann Coulter admits as much:

On the day after his inauguration, it’s his authority under the Constitution that cannot be taken away from him by any legislature, by any court — I’m quite confident the Supreme Court would uphold this — to defend our borders.… And we engage in a lot of military actions around the world. I think it can be done right on our border for defense. Have the Seabees do it.

In the end, despite its many flaws, the omnibus spending bill has good news for conservatives who are willing to see it. The people griping about this bill are not unlike the Goldilocks Caucus that ended up killing Obamacare repeal because they refused to be realistic about what could and could not be accomplished at the time. But the President doesn’t have the luxury enjoyed by rigid ideologues and armchair critics. He can’t just sit around and kvetch. He has to actually do things. That’s why he signed this bill. Trump has accomplished quite a lot in a short time by dismissing the whiners and skillfully practicing “the art of the real.”