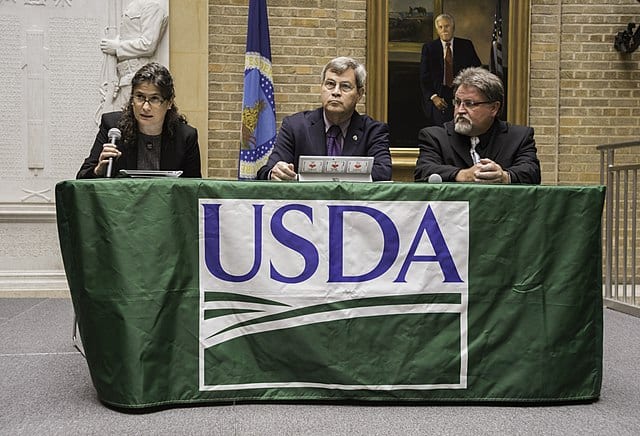 Federal workers already collect bigger salaries, on average, than private sector workers doing comparable jobs and get benefit packages a whopping 47% richer, according to the Congressional Budget Office. Not to mention up to 49 paid days off a year. And they never lose a night’s sleep over getting canned. Firing them, no matter how outrageous their misconduct, is almost impossible.

Then at age fifty-five, if they’ve put in thirty years, they get a gold-plated retirement package almost unheard of in the private sector, including defined benefits that protect them from inflation.

In short, federal employees are riding the gravy train, and the rest of us working stiffs who pay the taxes to support the federal government are being taken for a ride.

No wonder Trump’s applying the brakes. In his 2018 State of the Union message, Trump promised to “reward good workers,” who are the vast majority, and “remove federal employees who undermine the public trust.”

In May, Trump issued executive orders making it easier to fire workers for poor performance or misconduct. Under the old rules, a problem employee has to be given up to 120 days to show improvement. Then after being terminated, the employee can appeal to several different entities, dragging the appeals process out for eight months on average. Trump’s rules shorten the performance improvement period to 30 days and streamline the appeals process. In short, ending the federal employee protection racket.

It’s about time. Office of Personnel Management data indicate that a minuscule half of one percent of federal workers get terminated each year, one-fifth the firing rate in the private sector.

Nice for the sluggards on Uncle Sam’s payroll but not for their conscientious coworkers. More than half of federal workers approve of Trump’s changes, according to a June poll. After all, they have to pick up the slack from these bad apples and resent seeing them promoted regardless of their inferior performance.

Trump’s executive orders also bar federal employees from spending more than 25% of their hours on union business. Right now, some employees spend 100% of their time on union tasks like termination appeals. The rule change is estimated to save taxpayers $100 million a year.

Who’s against these changes? The public-sector unions, natch, who rushed to court to challenge them. In August, federal district court Judge Ketanji Brown Jackson struck down the changes, ruling they had to be decided by collective bargaining, not the president. Trump’s Justice Department is taking the fight to a higher court.

Likewise, public-sector unions are trying to stop reform of the Veterans Administration, where a scandal erupted in 2014, when it was uncovered that employees doctored patient waiting lists to make themselves look good. Vets on the phony wait lists died waiting for care.

In 2017 Congress enacted the VA Accountability and Whistleblower Protection Act, to cut some of the red tape involved in firing and disciplining wrongdoers. But even these improvements are being held up by union-driven litigation. A typical case is Jeffrey Sayers, head of pharmacy for the Los Angeles area VA, who was terminated for mishandling prescription drugs. Sayers is suing for back pay and reinstatement, claiming he was fired too fast.

Trump’s ability to protect ailing vets and get taxpayers’ their money’s worth in every department of government depends on winning the battle to restore merit-based management in the federal bureaucracy.

When the civil service was created in 1883, by the Pendleton Act, merit was supposed to replace the partisan spoils system. But now MERIT is gone. Scramble the letters and what you’ve got is the TIMER system — workers put in their time, get hefty salaries and huge benefits, regardless of their work quality, and skate to retirement. Not exactly the time-honored ideal of the “civil servant.”