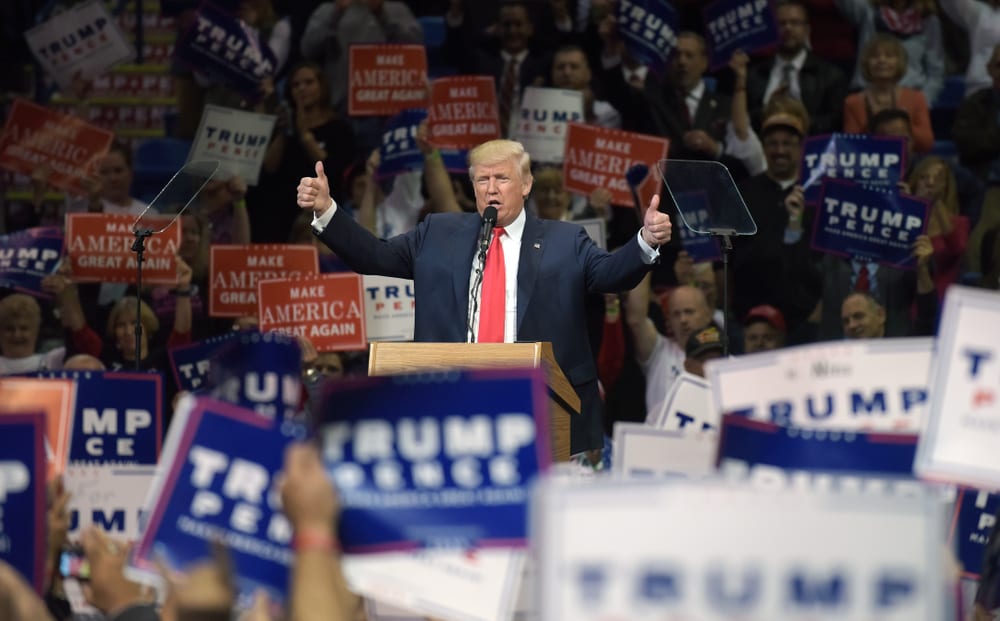 If President Donald Trump wants to remain in the White House for another four years, he must run a 1972 Richard Nixon–style campaign, and he must do it now. As the late baseball legend Yogi Berra used to say, “It’s getting late early.” The election of 2020 is not Joe Biden’s to win; it is President Trump’s to lose.

The media is so far into the pocket of the Democratic party that they are willing to cover for anything Biden says and does, no matter how ludicrous his gaffes, no matter how confused he appears to be. With each bumbling performance, they continue to protect him as though they were preserving the sanctity of a saint. When a former Biden staffer who worked for him while he was in the Senate claimed this past March that he had sexually assaulted her in 1993, Biden remained silent for weeks before emphatically denying the allegation. He did so only after the media had finally acknowledged the existence of her accusation. Unlike when Justice Brett Kavanaugh was accused of sexual assault during his senate confirmation hearing, nearly two years earlier, the media and their Democratic allies reached a much quicker verdict for Biden — not guilty.

When Biden appeared on The Breakfast Club last month, he told the host Charlamagne tha God, “If you have a problem figuring out whether you’re for me or Trump, then you ain’t black.” If you were foolish enough to believe that the same media that is fond of calling Trump a racist on a daily basis would be outraged by that remark, think again. Most major media outlets seemed impressed that Biden issued such a swift apology immediately following the gaffe, and all was soon forgiven. When Biden said last week that “over 120 million” people had died from the coronavirus, the New York Times and the Washington Post did not see fit to mention that a presidential candidate had just given a eulogy for 36 percent of the country. Even with all of these gaffes, Biden is still leading in virtually every head-to-head poll with Trump, including a recent Fox poll that showed him ahead by 12 points.

This brings us to the 1972 Nixon campaign, which saw him defeat George McGovern in a landslide in which he carried 49 out of 50 states, won 520 electoral votes, and took home 60 percent of the popular vote. Yet the road leading up to that victory was not easy for Nixon. His greatest obstacle consisted of figuring out how to control civil unrest that swept across major cities and college campuses, and determining the best course of action to end the unpopular war in Vietnam, which was becoming known as “Nixon’s War.”

Just two months before the election, only 35 percent of the country supported the war. Meanwhile, as protests erupted across the country, including in the nation’s capital, Nixon watched as an American flag outside of the White House was torn down and replaced with a Viet Cong flag, while protesters chanted, “Smash the State.”

On April 30, 1970, in response to anti-war protests, Nixon delivered a speech defending an incursion of American and South Vietnamese troops into Cambodia. He sought to win the support of the public by aligning himself with soldiers and patriots, who were fighting against communism, in stark contrast to those who caused violence and destruction and burned American flags:

We live in an age of anarchy. We see mindless attacks on all the great institutions which have been created by free civilizations in the last five hundred years. Even here in the United States, great universities are being systematically destroyed…. If, when the chips are down, the world’s most powerful nation, the United States of America, acts like a pitiful, helpless giant, the focus of totalitarian and anarchy will threaten free nations and free institutions throughout the world.

Nixon’s law-and-order approach appealed to many Democrat voters who were not on board with rioting, looting, and the burning of buildings. The same could be true of Democrat voters today, many of whom do not support defunding the police.

During the 1972 campaign, Nixon kept notes in his diary that he used as inspiration for himself and described the type of president he envisioned for himself. He wrote, “Defeat doesn’t finish a man, quit does. A man is not finished when he’s defeated, he’s finished when he quits.” He also wrote, of the opportunity that the presidency presented, “Each day a chance to do something memorable for someone. Need to be good to do good. Need for joy, serenity, confidence, inspirational, personal image of presidency — strong, compassionate, competent, bold — joy in job. Nation is better in spirit at the end of term.” He also kept notes for potential themes for his 1971 State of the Union speech, which included “concern for people, family, dignity, lift spirit of people, pithy, brevity, moving conclusion, statesmanship, anecdote, honesty, candor.”

If Trump wishes to spend the next four years in the White House, he must follow the Nixon playbook. He must refocus his attention on his messaging and memorable lines that voters can embrace. He needs to outline for the American people exactly what his agenda will be going forward. He must explain to the country how we will once again reach economic prosperity to pre-coronavirus levels, in which he oversaw an incredible 3.5 percent unemployment rate, an economy that had expanded for 127 consecutive months (the longest recovery in the country’s history), and the lowest poverty rates for African Americans, Hispanic Americans, Asian Americans, Indian Americans, and those without high school degrees.

As radical left-wing protesters clamor for the removal of statues and as they attempt to rip down monuments — including of Abraham Lincoln, the person most responsible for saving the Republic — Trump would do well to quote Lincoln’s words from his Second Inaugural Address, which are forever enshrined at the Lincoln Memorial:

With malice toward none; with charity for all; with firmness in the right, as God gives us to see the right, let us strive on to finish the work we are in; to bind up the nation’s wounds; to care for him who shall have borne the battle, and for his widow, and his orphan — to do all which may achieve and cherish a just, and a lasting peace, among ourselves, and with all nations.

This election is Trump’s to win, but it is getting late, early.

David Keltz is a speechwriter in the Executive Branch and the author of Media Bias In the Trump Presidency and the Extinction of the Conservative Millennial. He was a White House Intern in the Office of the Vice President and also worked at the NPD Group as a Data Analyst. He received his M.S. from NYU in Public Relations and Corporate Communication and a B.A. from Ithaca College, where he was a member of the varsity tennis team.