by Melissa Mackenzie
Donald and Melania Trump at the RNC in 2016 (mark reinstein/Shutterstock.com) 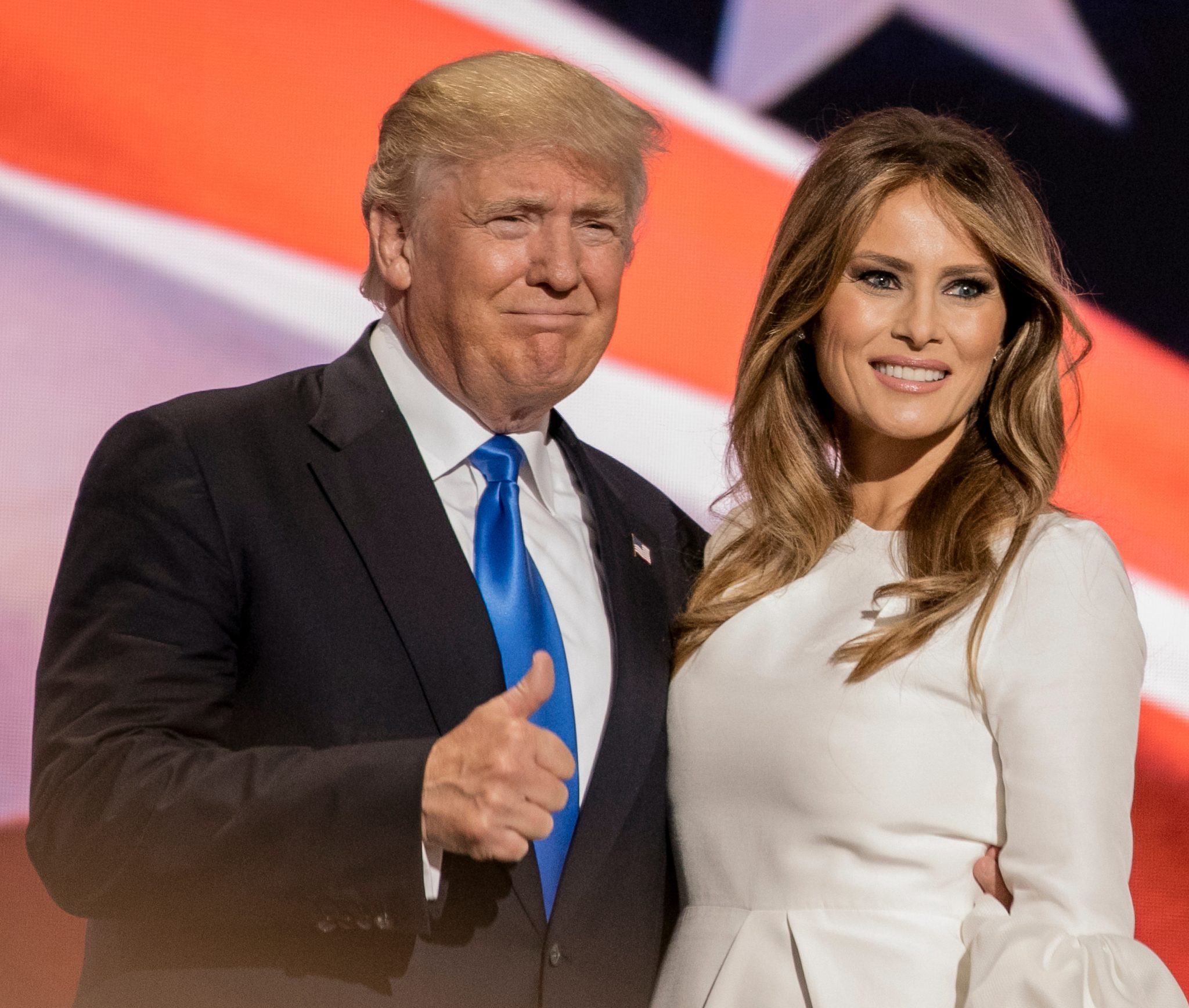 Yesterday, President Trump announced via Twitter that his assistant Hope Hicks tested COVID positive. He then appeared on Sean Hannity’s show to discuss the campaign and debate. Not too long after that, the president tweeted that he and his wife, Melania, both tested positive for COVID-19.

After a crazy week of news — heck, after a crazy year of news — the president’s announcement was the October Surprise that surprised everyone. The Left, including the media, save Rachel Maddow, was predictably vicious. The reactions on the right varied from Twitter impresario Mike Cernovich predicting a hero’s journey for the president where he’ll rise from the ashes of sickness victorious to Never Trumpers gleefully gaming out a Nancy Pelosi presidency (the vice president may have been exposed, too!)

The Left immediately intoned that the confirmation process of Amy Coney Barrett would have to be stopped. And, in any case, how could Pence preside and vote? ACB has tested negative for the virus today, sadly for the Lefties. She had the virus over the summer and recovered. Pence and his wife, Karen, tested negative today, as well.

I was invited on BBC World at 2:00 a.m. Central Time after having just washed my face and dropped into bed. Can you be on live TV in 10 minutes? Ack! I agreed. Another producer asked if I could do a hit on BBC UK, their morning show, at 3:00 am.  I reluctantly said yes.

The BBC, not nearly as PC as the United States media, but doubly mean, mentioned the president’s “obesity”as many times as they could in a few minutes. They ridiculed his non-mask-wearing rallies. I pointed out that he never shook hands or hugged people at the rallies and that the TV camera gave the optical illusion that he was closer to people than he actually was. I also pointed out that the virus was wily and made it through even the rigorous testing of the president and those around him. And, in fact, a mask wouldn’t have protected the president. Masks are for others, not the mask wearer. So everyone around the president should wear a mask.

Mask wearing does get tiresome, though, around close coworkers and family. People tend to feel like they’re not trusted and so, whether logically or not, relax around those they are close to. Nancy Pelosi has done it. Even Fauci has done it.

What does this all mean for the campaign and everything else?

As a medical matter, the president is in robust shape despite his extra few pounds. He has, as his former physician says, no comorbidities — the medical term for other illnesses that could make the current diagnosis worse. For example, COVID is especially dangerous for those with diabetes, some sort of inflammatory disease, and especially dementia and Alzheimers (this is why they’re so careful with Joe Biden — I jest, I jest, kinda). President Trump doesn’t have any of those things, so his case should be rather straightforward.

The president and those in the White House should receive the best medical care. The president has to be on prophylactic Vitamin D, Zinc, Vitamin C, and hydroxychloroquine. One sincerely hopes that’s the case. If it progresses, he’ll receive steroids. Hopefully, that’s as bad as it gets. And hopefully, it doesn’t get that bad.

Depending on the course of the illness, it will mean different things for the campaign. The infectious period may end. That doesn’t mean the president would necessarily feel well enough to travel. The recovery from COVID can be drawn out.

What can the president do if he’s stuck at home and feels relatively fine? Lots of things. He can bring back FDR’s fireside chats. The idea of Trump in a smoking jacket or silk jammies, à la Hugh Hefner, speaking to the country would be fun. The American people could see a quieter moment with the president.

The post-COVID world, while distanced, has also become strangely intimate. Americans are used to now seeing the living rooms and offices of newscasters, Hollywood stars, family, and friends.  Those kind of moments with the president would be instantly relatable. He’s better on camera than Joe Biden, who needs minders at his elbow and cue cards with talking points in his hand. The president is extemporaneous and real. Those type of people do really well on Zoom calls and interviews.

The campaign can go on. The White House said that if the president gets incapacitated, Vice President Pence will take over. Speaking of the vice president, Trump’s health highlights someone more fragile: Joe Biden. The former vice president is addled and old. Kamala Harris could be the next president. It’s not even theoretical or unlikely. It’s very likely. The media has covered for Biden’s weird mental fugues, early “lids,” clear frailty, name-calling outbursts, and constant assistance by female handlers. Is it Parkinson’s or Alzheimers, or did the vice president have a stroke? No one will ask those questions except voters in the dark corners of their minds. The presidential debate didn’t inspire confidence. Next week everyone focuses on Kamala Harris and Mike Pence. This will be a very important debate, indeed.

Will Amy Coney Barrett be confirmed? Yes. It will happen if it has to happen by Zoom. It will happen. Will the government continue to function dysfunctionally? Yes. Will the campaign continue in some form? It has to. There’s a big event in Michigan today for Catholic voters. There’s another one tomorrow in Wisconsin. President Trump was to be at both. Instead, he’ll be home.

In this strangest of strange years, I expect a massive earthquake or a meteor strike. It feels like anything could happen. And it has. The president has COVID and will be out of in-person commission for 10 days, minimally, 33 days before the election. We live in wild times and are witnessing a historic year.