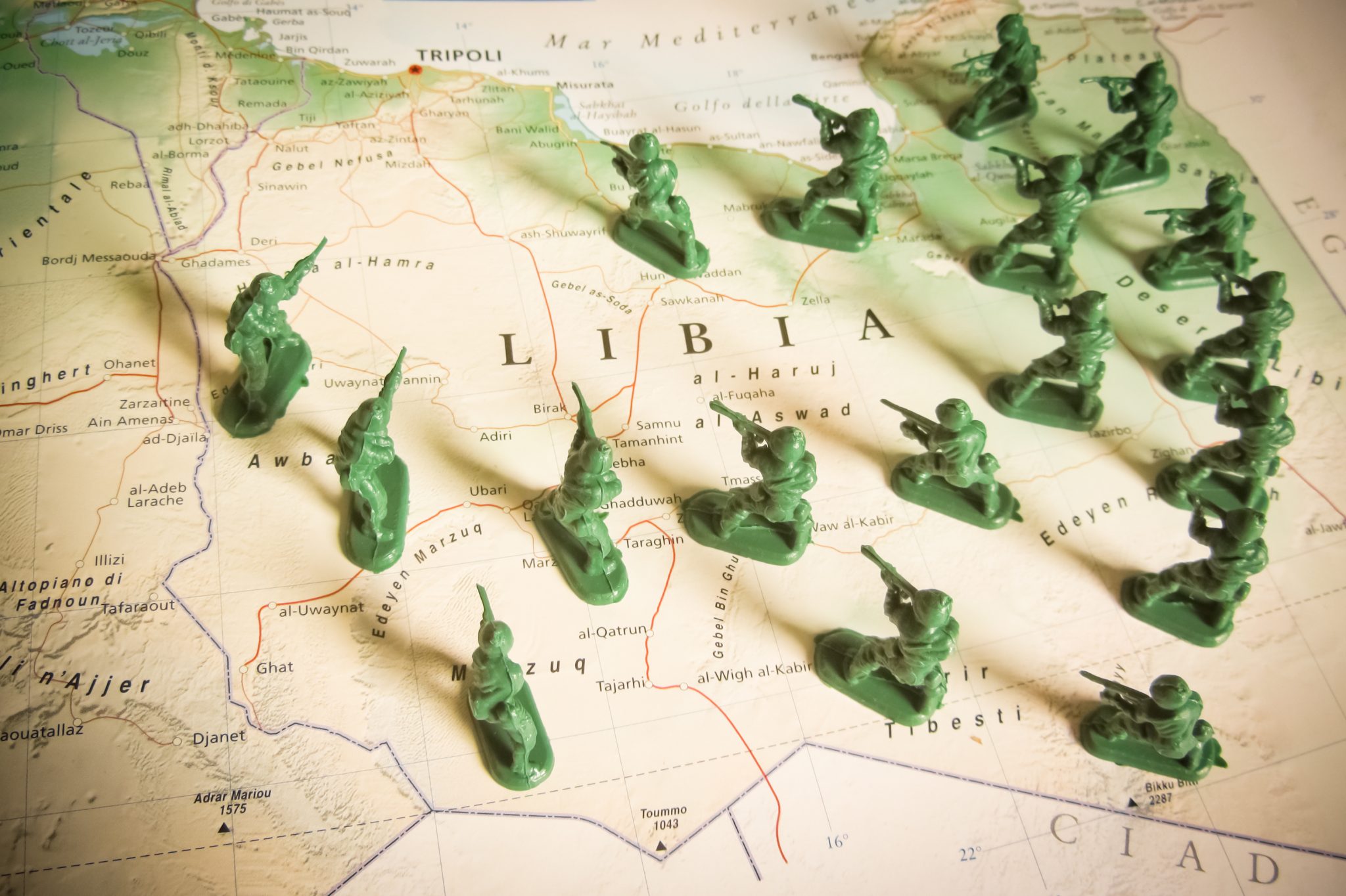 President Trump’s call with French president Emmanuel Macron on Monday has focused his attention on de-escalating the dispute between France and Turkey in Libya. Tensions between the two countries have simmered since a June 10 incident in the Mediterranean. French ships enforcing a UN weapons embargo stopped a Tanzanian vessel allegedly smuggling arms to Libya. This prompted harassment from three Turkish ships, which flashed their radar control towers at the French. President Trump has stepped in to moderate the dispute.

National security adviser Robert O’Brien’s comments to French press last week directly  inserted the U.S. into this conflict between NATO allies. O’Brien said the U.S. is “very sympathetic” to the French in this dispute. However, on Friday Assistant Secretary of State for Near East Affairs David Schencker criticized the current EU arms embargo on weapons to Libya for only interdicting Turkish ships.

Libya is about to be a flashpoint, and Trump needs to be on top of it.

This conflicting message from the administration reflects the competing interests of the U.S. and other countries in Libya. Close allies like the United Arab Emirates and Egypt, as well as our frequent adversary Russia, have backed Libyan National Army forces led by Khalifa Haftar, while France is heavily rumored to be supporting Haftar. On the other side, Turkey and many EU member nations support the UN-recognized Government of National Accord (GNA). The U.S. has maintained its commitment to a peaceful resolution to the conflict and recognizes the GNA. But President Trump praised Haftar last April in his response to Islamic State terrorism.

The president’s attention represents a new chapter in the Libyan civil war. Previously, diplomats familiar with the region conducted most Libya policy. The recent flare-up is just the time for presidential attention. America’s allies and enemies are increasingly involved in the civil war. Libya is about to be a flashpoint, and Trump needs to be on top of it.

While Turkey has been not-so-secretly funneling arms and mercenaries across the Mediterranean, Egypt and Russia have built up their physical support. Russian-backed mercenaries from the Wagner group have been operating in Libya since October 2018. On Monday, Egyptian Parliament approved President Abdel Fattah el-Sisi’s proposal for military intervention in Libya “to defend Egyptian national security.”

With Egyptian intervention in Libya on the horizon, the civil war is only going to intensify. Turkey has had military personnel aiding the GNA since January, and with each backing opposing sides it is only a matter of time until Egyptian and Turkish troops exchange fire.

Trump has decided to devote considerable attention to this conflict. In addition to his call with Macron, the president also had phone calls with Turkey’s President Recep Tayyip Erdogan and el-Sisi this week in attempts to de-escalate the situation. Trump must continue to be vigilant as Libya falls further into disarray.