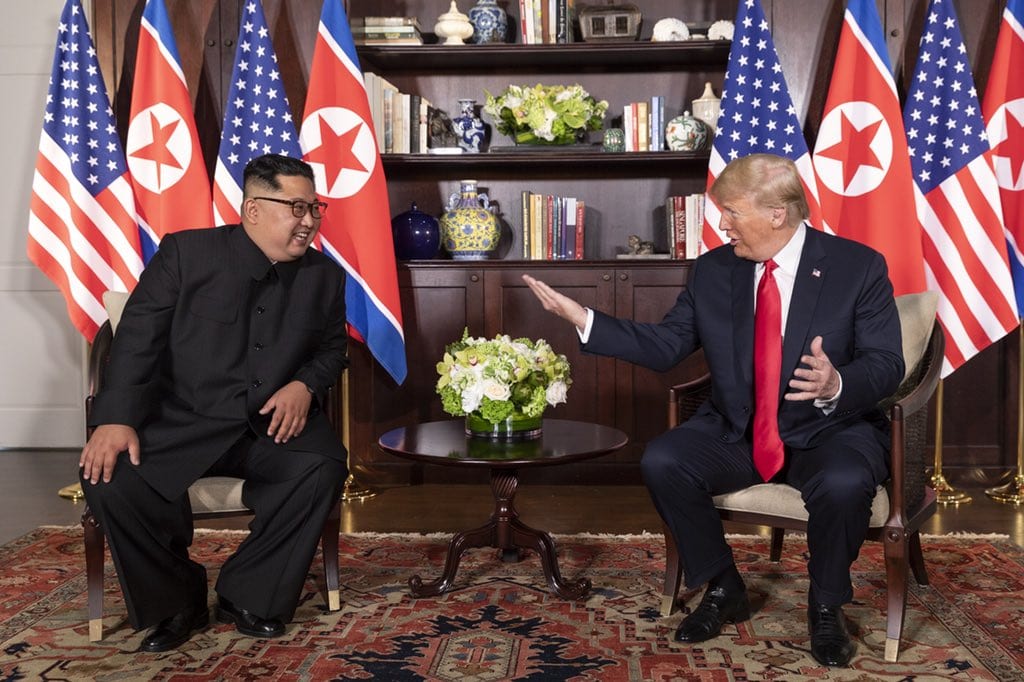 Because it started so differently — with North Korean leader Kim Jong Un inviting President Donald Trump to a face-to-face meeting, which the mercurial Trump promptly accepted — Tuesday’s summit in Singapore held out the promise of delivering something big and transformative.

Instead, the summit wrapped up like most other international jaw fests — with vague commitments and a piece of parchment that is not binding, but at best aspirational.

The joint statement signed by Trump and Kim presented a step back. It omitted the usual U.S. demand that North Korean denuclearization be both “verifiable” and “irreversible.” It’s hard to not see that as a win for the hermit kingdom.

“I gave up nothing,” Trump insisted to reporters. Wrong. He gave up two words that would have made it clear that Pyongyang needs to deliver.

Trump doesn’t see that. “There is no longer a Nuclear Threat from North Korea,” he tweeted later. I guess he thinks he’s that good.

To die-hard boosters, any criticism of a Trump accomplishment is a cheap shot. When pundits and policy luminaries criticize Trump, his base figures, he must be doing something right.

This time, however, apart from the knee-jerk detractors, there are many who want this deal to succeed and who crave a reason to believe it can and will. But they’re not seeing it.

“We did expect more detail than what came out of the meeting — some more solid direction of where we’re going, on how we plan to get there and why this time is different,” said Stimson Center research analyst Jenny Town.

When reporters asked how long it will take to denuclearize the Korean peninsula, Trump refused to offer even a rough timetable.

“It takes a long time to pull off complete denuclearization,” he said.

Trump noted that some experts say that it could take 15 years, but he didn’t think that’s accurate. “We don’t know, but it will come pretty quickly,” he said.

Sen. Rob Portman, R-Ohio, issued a statement of support with a warning. “I am hopeful that the negotiations can achieve these goals. In the past, however, North Korea has used talks to stall while continuing its nuclear and missile programs, and empty promises cannot buy more time.”

Perhaps Portman also saw a president who doesn’t trust in specific goals, but in trust itself. Trump repeatedly made the same points: Trump trusts Kim; Kim trusts Trump. So at the end of this improbable meeting between two long-time opponents, Trump ended up looking like other American presidents who got gulled by a hellhole strongman.

At Sentosa Island, site of the summit, Trump posited that denuclearizing North Korea could save 30 million people or more. The metropolitan Seoul area has some 26 million residents. Trump argued he was willing to give Kim a global public relations victory if that’s what it took to protect his potential targets.

Ditto the odd video Trump showed Kim to sell North Korea’s top gun on the prospect of ruling over a prosperous nation if he only puts away his big bombs. I have trouble believing the buddy-movie the White House played could prevent nuclear war — but maybe this is the sort of weird play it takes to get there.

Having seen Trump prevail when he seemed bound to fail, I don’t count him out easily. And it would be something of a win if the Singapore summit yielded a freeze in Kim’s nuclear and missile works, although that might have happened with “maximum pressure” sanctions alone.

Bottom line: If Trump wants this handshake to denuclearize North Korea, he’ll need more support in Washington. Moreover, if Trump wants the deal to last beyond his tenure, he has to sell it based on more than good feelings.