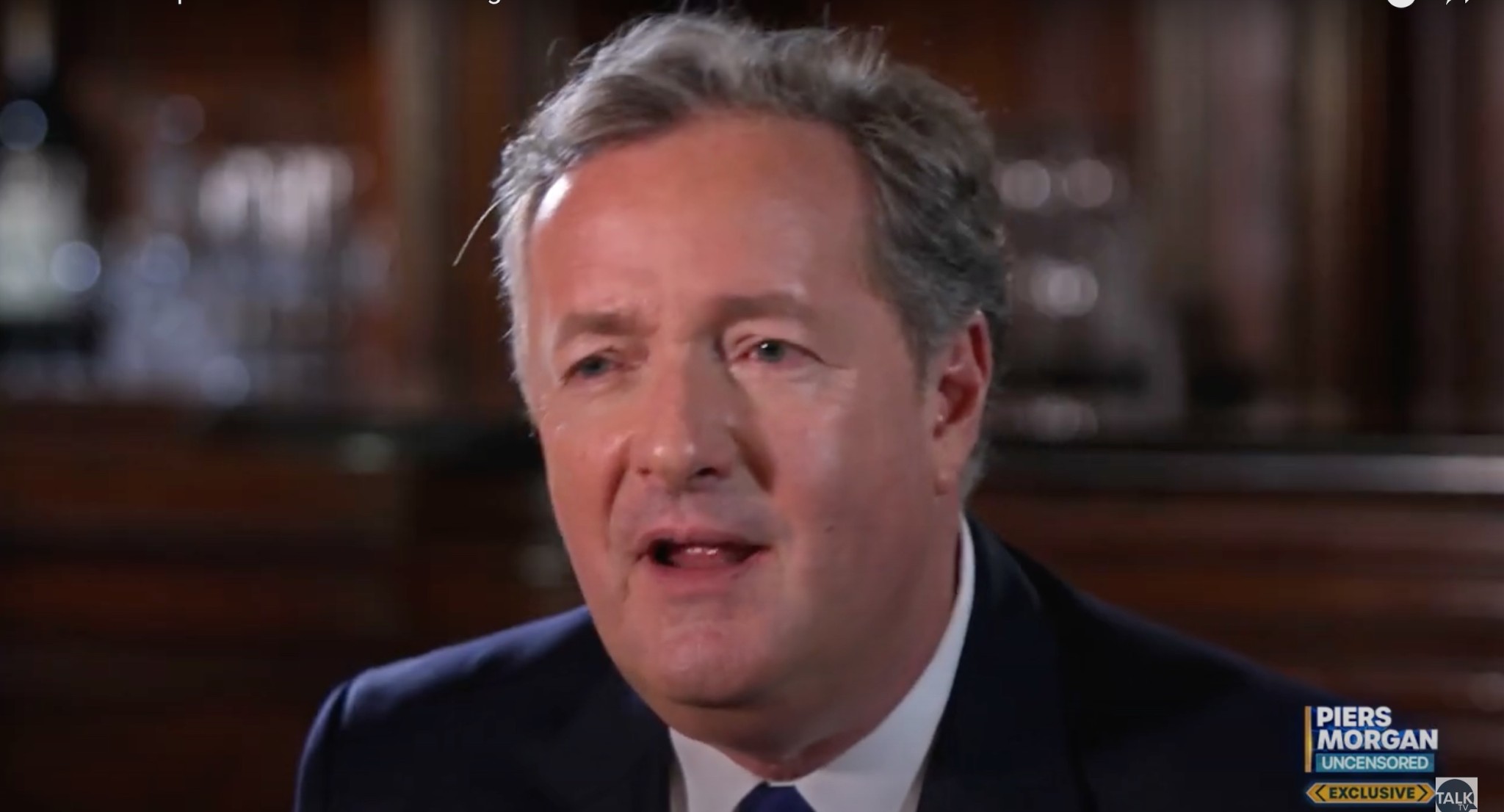 It is always eye-rollingly astonishing when some media figure of note reveals utter ignorance about a topic of the day.

This time around I refer to Piers Morgan’s hot interview with former President Trump. Of which Morgan writes this in the New York Post of a back and forth with Trump on the 2020 election, with bold print supplied by me for emphasis:

I told him I believe he lost the supposedly “rigged, stolen” election, I repeatedly pointed out his failure to produce any evidence of the widespread voter fraud he insists occurred to rob him of his presidency, and I blamed his refusal to admit defeat for the deadly riots at the Capitol.

“Then you’re a FOOL!” he sneered. “And you haven’t studied!”

So since Mr. Morgan did not study, let’s do his homework for him — homework he should have done before he sat down with the former president. I have a list:

1. Morgan should have watched the trailer for the soon-to-be-released Dinesh D’Souza film 2000 Mules, a preview of which is found right here. The film is described this way over there at LifeSite News:

D’Souza – whose previous movies include Trump Card and 2016: Obama’s America – contends in the trailer that the new evidence proves the 2020 election was not after all “the most secure in American history,” as has been asserted by the Department of Homeland Security and President Joe Biden.

Instead, the filmmaker presents surveillance footage and cell phone geotracking data that, he suggests, proves that thousands of individuals collaborated to drop off multiple ballots per person at different drop boxes throughout major swing states in a bid to tilt the election in Biden’s favor.

“This one mule made 53 trips to 20 drop boxes,” D’Souza says in the trailer, adding, “He’s not alone. We tracked 2,000 ‘mules’ making multiple ballot drops, leaving no fingerprints, snapping photos to get paid.”

According to D’Souza, the footage depicts “a coordinated ring of illegal vote harvesting in all the key states where the election was decided.”

2. Next on the Morgan homework list is the Citizens United film Rigged: The Zuckerberg Funded Plot to Defeat Donald Trump, hosted by David Bossie.

The film features a cast of decidedly serious current and former elected or appointed officials. Here’s that list:

In other words, Piers Morgan could have learned a lot by studying — that Trump word again — both the film and the words of the experienced people who are featured in it.

3. Then there’s a book Morgan should have read thoroughly, studied, and made notes from it before sitting down with President Trump. That would be author and Federalist editor Mollie Hemingway’s bestselling, quite detailed book Rigged: How the Media, Big Tech, and the Democrats Seized Our Elections.

In it, Mollie thoroughly examines everything from “flooding the system with tens of millions of mail-in ballots” in 2020 to courts unilaterally rewriting “the [election] rules in the middle of the contest, often without the consent of the legislative bodies charged with writing election laws.”

Morgan should have known the name of Philadelphia Democratic election judge Domenick DeMuro, indicted and convicted in 2020 for voter fraud and “taking bribes to stuff the ballot box” in the elections of 2016, 2015, and 2014. DeMuro was joined in these charges by former Democratic Rep. Michael “Ozzie” Myers, Myers having earlier served time in federal prison for the Abscam scandal. Not a peep about any of this from Morgan.

4. In studying about the history of stolen elections and voter fraud in Pennsylvania alone, Morgan should have been familiar with the case of a federal judge overturning a Pennsylvania State Senate election in 1994 — reported here in the New York Times — with the judge saying in his ruling that “Philadelphia’s election system had collapsed under ‘a massive scheme’ by Democrats to steal a State Senate election.”

What is so mystifying is that a smart guy like Piers Morgan could go into an interview with a former president of the United States and challenge him on the issue of the 2020 election without being thoroughly aware of just how serious were the problems with that election, as now detailed in two films and a bestselling book by Mollie Hemingway, along with other works making similar claims.

Mystifying … unless Piers Morgan has fallen for the mainstream liberal media’s regular gaslighting about charges of voter fraud in 2020, gaslighting that goes by the name “the Big Lie.”

Ah, well. Piers Morgan is an experienced and accomplished journalist. The sad part here is that there was nothing in his explosive interview with former President Trump on the subject of 2020 that indicated either.