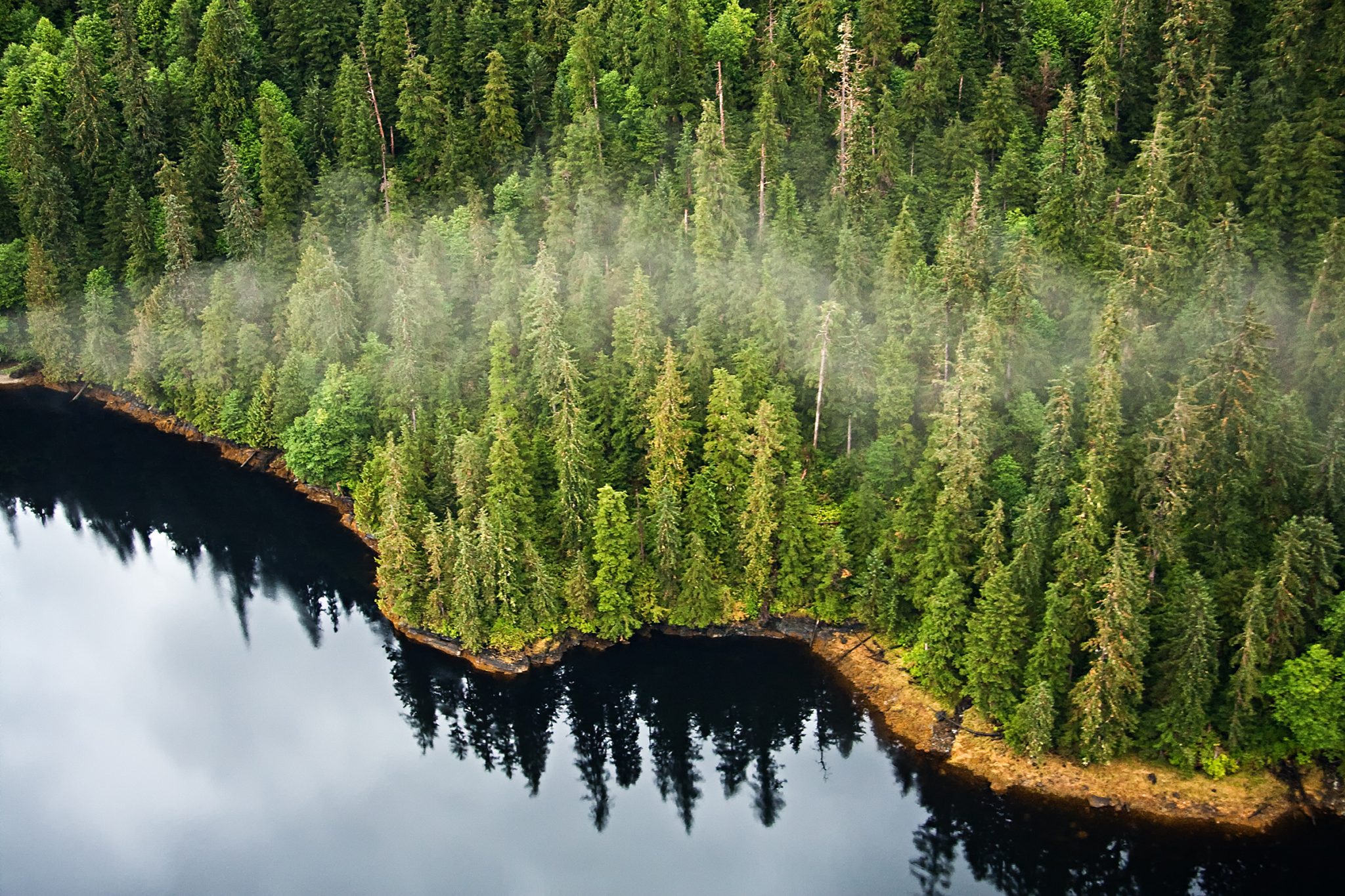 Recent polling has shown President Trump to have just a narrow two-point lead over Joe Biden in six key battleground states. Campaigning has undoubtedly been made difficult for both sides by the widespread lockdowns caused by the COVID-19 pandemic, coupled with delayed primaries. This polling seems to paint a picture that President Trump has an uphill battle in shoring up the states he won in 2016. As the heat intensifies on the campaign trail, one overlooked state might be a deal-breaker in Trump’s path to victory, a state often thought of as red to its core — Alaska.

Why could Alaska be so hotly contested? The answer lies within the shady trees and flowing rivers of the Tongass National Forest, one of Alaska’s many natural treasures. A healthy 16.7 million acres, the Tongass is the largest federally managed forest in the United States and is a transcendentalist’s paradise. And the Tongass is also a mecca for industry.

Is there money to be made in lifting the Roadless Rule and allowing logging? Past evidence shows the answer is “no.”

The tourism industry provides impressive economic returns for the state of Alaska. Around 26 percent of the local economy of southeast Alaska is attributed to tourism, outdoor recreation, and hunting and fishing activities within the Tongass. The annual Tongass salmon harvest provides for 28 percent of the commercial salmon harvest across the entire state and is nearly a billion-dollar industry. In total, the Tongass provides for over 10,000 jobs for Alaska’s residents.

The economy of Southeast Alaska around the Tongass National Forest seemingly represents all that the Trump campaign seeks to embody — economic success in rural America, free-market capitalism at its finest. And yet, buoyed by Alaska Gov. Mike Dunleavy and Sen. Lisa Murkowski, Trump and his administration are proceeding to approve the U.S. Forest Service’s (USFS) elimination of the “Roadless Rule” that protects important lands and rivers in the Tongass. Lifting the Roadless Rule would open nearly 10 million acres of the Tongass to the destruction of large-scale logging and clear-cutting.

This all paints a potential success story of economic development in southeast Alaska. But when is too much too much for the forest that supports it all? There would be no salmon industry without the forest, no game to hunt, no outdoor recreation in a landscape of clear-cut industrial waste. And yet, this grim portrait of future possibility appears to be moving forward under a new plan by the USFS and the state of Alaska.

Is there money to be made in lifting the Roadless Rule and allowing logging? Past evidence shows the answer is “no.” Taxpayers for Common Sense (TCS) reported in a 2019 analysis, based on 2016 research from the Government Accountability Office, that the USFS has lost nearly $600 million over the last two decades through government subsidized roadbuilding and timber sales.

Projections for future logging don’t look promising, either. TCS estimates that the USFS could end up losing more than $180 million from current timber operations. Lifting the Roadless Rule protections would wind up costing taxpayers money.

How do Trump voters in Alaska feel about this? According to a 2020 Alaska statewide poll conducted by Baselice & Associates, a conservative polling firm used by the Trump campaign, a plurality (49 percent) of Alaskan voters disagree with the proposal to move forward with logging in the Tongass. Only 43 percent of voters surveyed were in favor of the proposal.

Evidence shows Republican voters don’t agree with some big decisions the Trump administration is making when it comes to protecting their economic livelihoods and lands. This issue in the Tongass could drive a wedge between Trump voters and the president at a critical time when he needs to maintain their support. There is no sound economic argument to make in moving forward with opening up the Tongass to increased development — in fact, there’s solid evidence doing so will cost the taxpayers. All of this should weigh heavily on the Trump campaign’s 2020 Alaska strategy.

Trump’s famous mantra in 2016 was to “Make America Great Again.” Now as he campaigns for 2020, he has transitioned to “Keep America Great,” a slogan that’s resonated with his conservative base. If he wants to win Alaska again, it might be in his best interest to “Keep the Tongass Great” by retaining the Roadless Rule.

Frank Donatelli served as an assistant for political affairs to President Reagan, as deputy chairman of the Republican National Committee during the 2008 presidential campaign of John McCain, and as the executive vice president and director at McGuire Woods Consulting.

Craig Shirley is a Ronald Reagan biographer and presidential historian. His books include Reagan’s Revolution, The Untold Story of the Campaign That Started it All, Rendezvous with Destiny, Ronald Reagan and the Campaign that Changed America, Reagan Rising: The Decisive Years, and Last Act: The Final Years and Emerging Legacy of Ronald Reagan. He is also the author of the New York Times bestseller December, 1941 and his new 2019 book, Mary Ball Washington, a definitive biography of George Washington’s mother. Shirley lectures frequently at the Reagan Library and the Reagan Ranch. He has been named the First Reagan Scholar at Eureka College, Ronald Reagan’s alma mater, and will teach a class this fall at the University of Virginia on Reagan. He appears regularly on Newsmax TV, Fox News, MSNBC, and CNN.