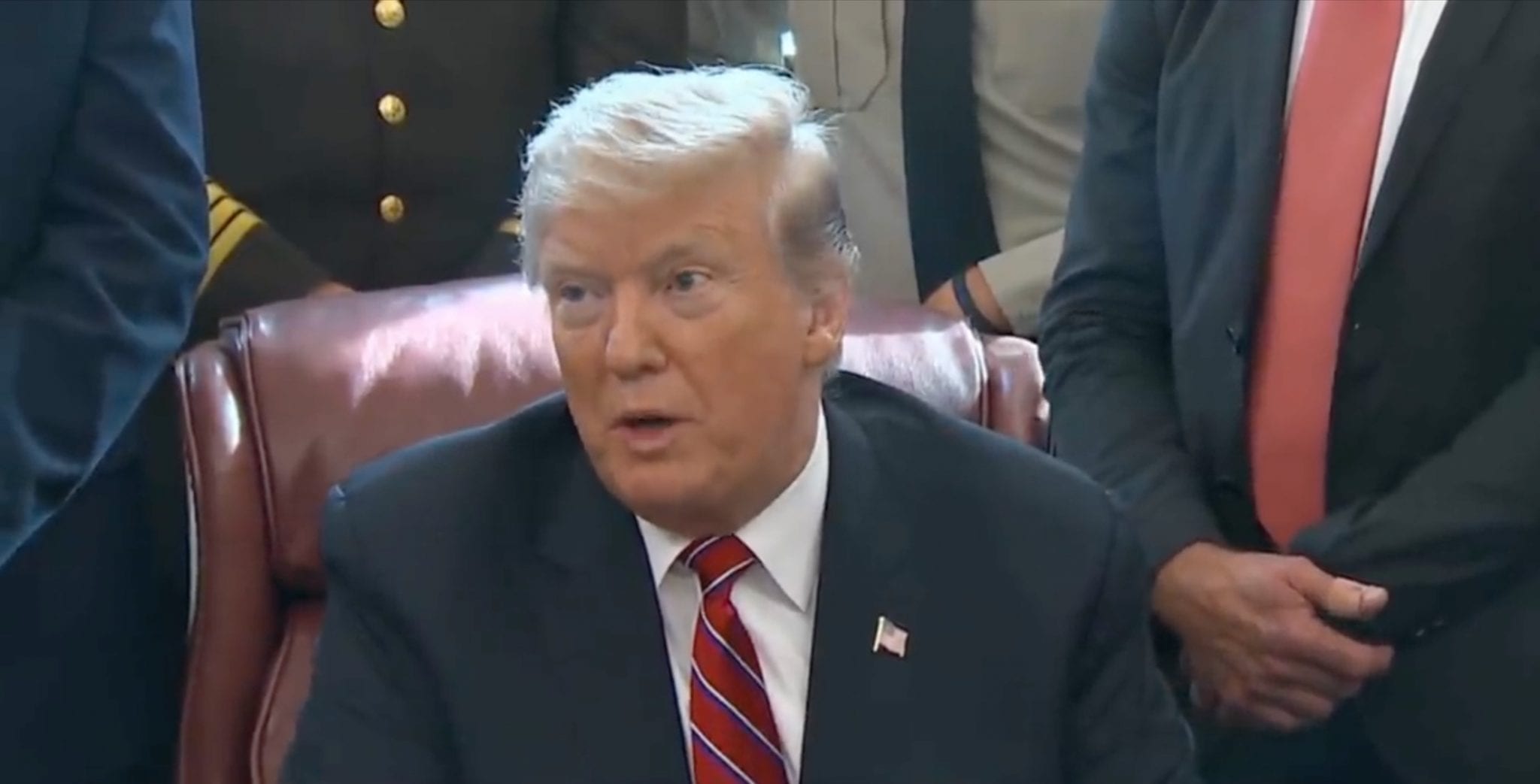 Once again, President Trump’s critics get caught not doing their homework.

In the wake of the attack in New Zealand, the President has been accused as follows. The Washington Post headline reads:

The story, by Joe Davidson, begins:

Consider where the United States finds itself in 2019:

A white supremacist allegedly killed 50 people in New Zealand and cites as his inspiration the president of the United States.

Decades after public officials stopped declaring their allegiance to white supremacy, the nation is led by President Trump. His racism is so evident that he is a symbol to be admired by an immigrant-hating gunman 8,900 miles away who is accused of carrying out Friday’s attacks on Muslims at two mosques.

Then there was this jewel in the left-wing Newsweek:

THERE ARE ‘TOO MANY DEATHS’ AND TRUMP MUST ‘CONDEMN’ WHITE SUPREMACY ‘VERY LOUD AND VERY CLEARLY,’ REP. RASHIDA TLAIB SAYS

That one begins this way:

Democratic Congresswoman Rashida Tlaib has called on President Donald Trump to “do better” and strongly “condemn” white supremacy in the wake of the attacks on two New Zealand mosques.…

“He needs to do better by us and the country. He needs to speak up and condemn this very loud and very clearly,” Tlaib said firmly.

In a classic example of the herd instinct of the American Left — itself a sewer of racism (the Post subheadline bluntly played the race card, disgustingly saying “Trump’s policies hit black, brown, transgender and Muslim people”) — the critics had not done their homework.

As mentioned in my forthcoming book Swamp Wars, way back there in the mists of time — specifically a full nineteen years ago in 2000 — writing in a book called The America We Deserve, then-private citizen Trump devoted an entire chapter to “Freedom from Terrorism.” And just who did he finger as a possible suspect in a terrorist attack? That would be a “White supremacist loser.”

Yes, you read that right. In 2000 — one year before the horrific terrorist attack on Trump’s native New York City — Donald Trump was warning that there was the “real possibility that somewhere, sometime” a “White supremacist loser” could commit an act of terror. In fact, he was quite specific in mentioning “Buford Furrow, the White supremacist loser who drove to Los Angeles so he could shoot up a Jewish daycare center.”

So clearly, the Trump critics of today have conveniently ignored Trump’s attack on Furrow as a “white supremacist loser.” Let’s recall the history — the facts — about just what Burford Furrow did to attract this denunciation by Donald Trump. Here is the Wikipedia entry for Furrow:

The 1999 Los Angeles Jewish Community Center shooting occurred on August 10, 1999, at around 10:50 a.m. PT, when white supremacist Buford O. Furrow, Jr. walked into the lobby of the North Valley Jewish Community Center in Granada Hills and opened fire with a semi-automatic weapon, firing 70 shots into the complex. The gunfire wounded five people: three children, a teenage counselor, and an office worker. Shortly thereafter, Furrow murdered a mail carrier, fled the state, and finally surrendered to authorities.

Right there in plain English is private citizen Trump, in a bestselling book, making plain that he views white supremacists as losers, and specifically goes after the attack by one particular “white supremacist loser” named Burford Furrow. That would be the self-same Furrow who in 1999, again per Wikipedia, “walked into the lobby of the North Valley Jewish Community Center in Granada Hills and opened fire with a semi-automatic weapon, firing 70 shots into the complex.” that “wounded five people: three children, a teenage counselor, and an office worker. Shortly thereafter, Furrow murdered a mail carrier, fled the state, and finally surrendered to authorities.”

In essence, Trump was predicting exactly what just happened in New Zealand, the only difference being that the “white supremacist loser” walked into a mosque, not a Jewish Community Center. But his point then — and now — stands. No one — say again no one — took the “white supremacist loser” more seriously than Donald Trump. And he said so — quite decidedly on the record.