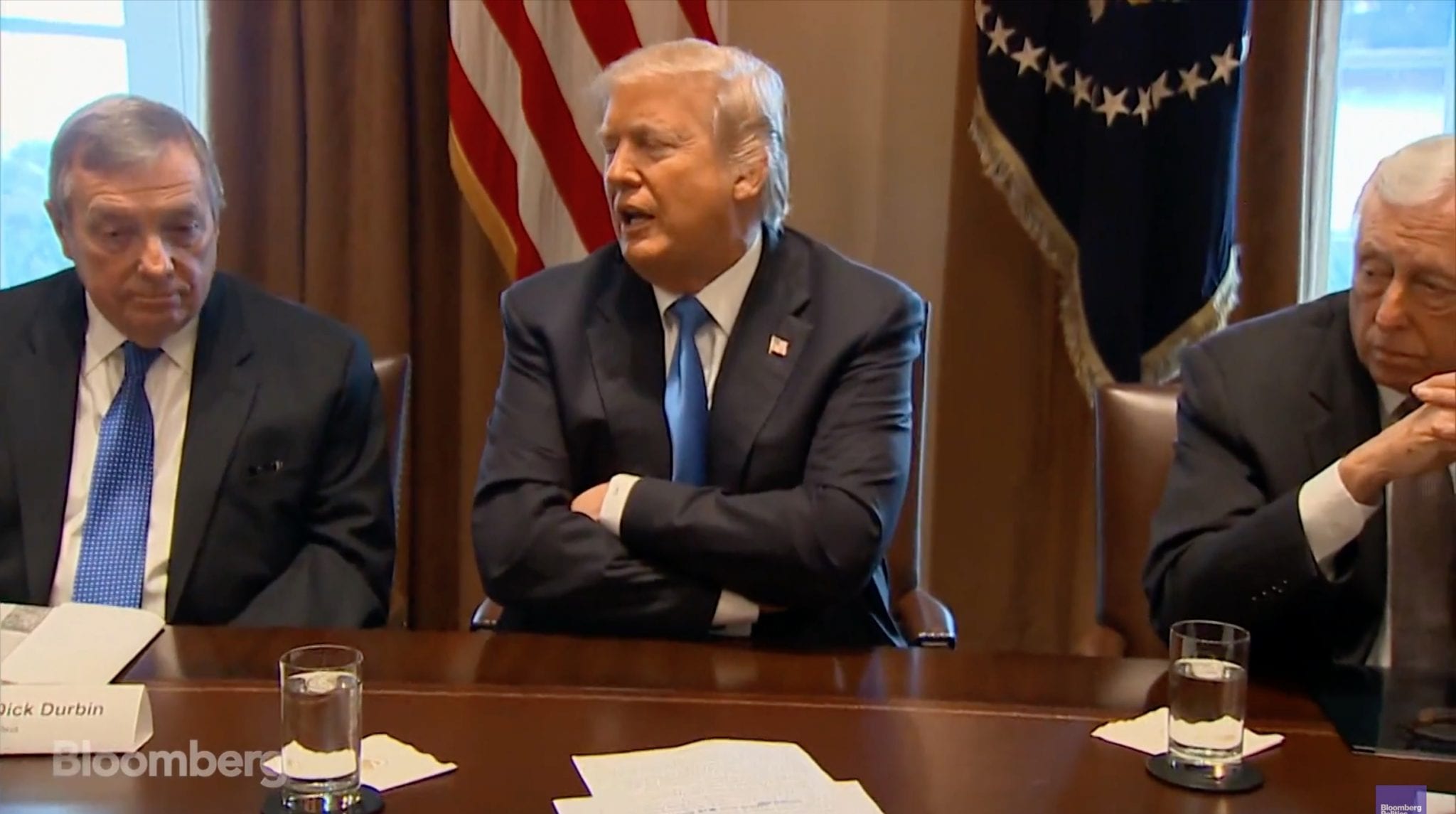 Congressional Democrats are butting heads with President Trump over his demand for $5 billion to continue building a wall along the southern border. Rep. Nancy Pelosi vows not one dollar will go for a wall. She calls the idea of a wall “immoral.”

Not building the wall is what’s truly immoral. Allowing destitute, uneducated people with limited job prospects to flood across the southern border into the United States forces taxpayers here to toil longer and pay more in taxes to feed and house them, accommodate their children in public schools, and pay for their medical care.

Americans are already maxed out caring for our own needy, including the homeless sprawled on city streets. This nation has 40 million in poverty, one out of every eight people and one out of every six children. That’s far higher than in Canada or Great Britain.

For the same reason, Trump is also proposing that only immigrants who can support themselves without government handouts be granted green cards and permanent status.

Really? Why should Americans be compelled to provide a safety net for throngs pressing to get into the country?

Nobel-Prize winning economist Milton Friedman warned two decades ago that America can have open borders, or a generous welfare system, but not both. Open borders benefit a growing economy by providing a source of labor. But that works only so long as immigrants are barred from government benefits.

Trump is tightening regulations under a longstanding law on the books since 1882 that bars immigrants likely to need government benefits from getting permanent status. Starting with President Bill Clinton, the law has been applied so laxly that almost no one is denied a green card for that reason. A staggering 63% of households headed by a noncitizen depend on Medicaid, food stamps, housing assistance or in some cases all of these taxpayer-funded programs, according to a December 2018 analysis of census data by Center for Immigration Studies. That’s almost double what it is for American-born households.

Right now, newly arrived legal immigrants who earn little or nothing are eligible for fully subsidized Obamacare plans, with taxpayers paying the entire bill, even for copays and deductibles. And 6.8 million children of immigrants are enrolled in Medicaid, according to the Urban Institute. Meanwhile, millions of American-born taxpayers who fund this give-away to newcomers are going without insurance themselves, because they can’t afford it.

That doesn’t jive with the ideal that a democracy’s first duty is to protect its own citizens.

But don’t expect the American public to buy into open borders and handouts for all comers. That policy already bombed in Europe. Hungary and Spain have put up tall barbed wire fencing to keep migrants from Africa and the Middle East out. The British are erecting a high, unclimbable concrete wall in the seacoast town of Calais, France to prevent migrants from jumping aboard ferries and trucks heading into the Channel tunnel. European voters have decided border walls are not immoral. They’re essential.

Europeans are also fed up with German Chancellor Angela Merkel’s self-righteousness. In the summer of 2015, Merkel welcomed hundreds of thousands of migrants, and told the public to just deal with it. Now the public is in revolt, and shifting their politics to the right.

This week, the United Nations announced a Global Compact for Safe, Orderly and Regular Migration. The United States and at least ten other major nations wisely refused to sign on. Expect more countries to do the same.

The international elites don’t get it, but everyday people have the common sense to know you care for the poor in your own country first.