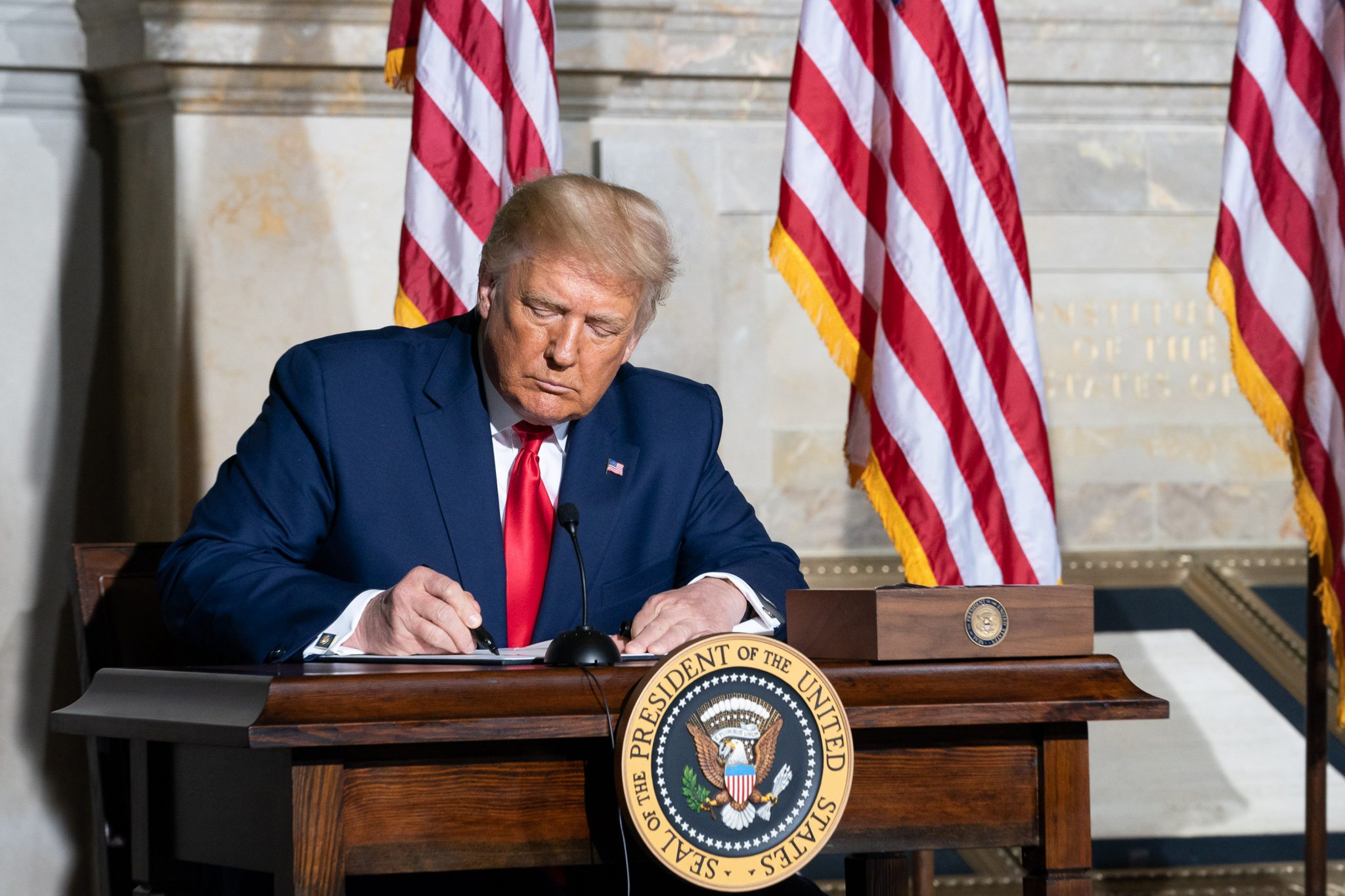 CNBC reported on Wednesday that the former president’s one-man outlet, “From the Desk of Donald J. Trump,” has been shut down “for good” after a mere 29 days and 100 or so posts.

As of Friday, the original link to the blog page redirects to a different page asking visitors to sign up for updates from Trump’s team.

Jason Miller, one of Trump’s senior aides, confirmed that the blog “will not be returning,” but he hinted that “broader efforts” are in the works behind the scenes. Miller implied that at least one of these efforts would include Trump returning to social media in some capacity — perhaps on a newly minted platform of his own.

Despite its brief lifespan, the blog helped to highlight the immense power of Big Tech deplatforming. Its closure should serve as a reminder to conservatives that their fight to remain on social media is a nearly existential one.

There hasn’t been an official confirmation of the reason for shutting down the blog, but it isn’t difficult to make a reasonable guess: its posts weren’t getting enough views.

It’s difficult to make an apples-to-apples comparison of just how badly Trump’s influence was hurt by his deplatforming from Twitter, Facebook, YouTube, and many other social media sites shortly after the January 6 riot in the Capitol. But some cursory estimates are possible. According to BuzzSumo, a site that tracks social media activity, most of the blog’s posts were receiving between 5,000 and 10,000 engagements each, mostly in the form of likes on Facebook and retweets on Twitter.

By comparison, Trump before his bannings was receiving upwards of 100,000 likes and tens of thousands of retweets per post on Twitter alone. His prolific tweeting habit, combined with his huge followings on Facebook and YouTube, often drove tens of millions of engagements daily.

In other words, despite being the most well-known, well-resourced, and influential conservative in the country at the time of his deplatforming, Donald Trump has been unable to retain perhaps even 1 percent of his prior influence in social media discourse.

Of course, direct engagements alone might undersell the blog’s reach, given that Trump’s posts have primarily reached Americans through news items and reporter summaries rather than directly. Yet this dynamic presented its own problems during the blog’s short run. To the extent that legacy media was willing to report on his statements, reporters made sure to filter his words through the same tone of exasperated condescension that characterized their approach during his presidency.

No doubt Trump quickly realized the dilemma he was faced with: he could put himself at the mercy of the press or cede what little online presence he had managed to recover. With his blog page going dark, the former president appears to have chosen the latter option, at least for now. Soon, many more conservative figures likely will be forced into this same dilemma.