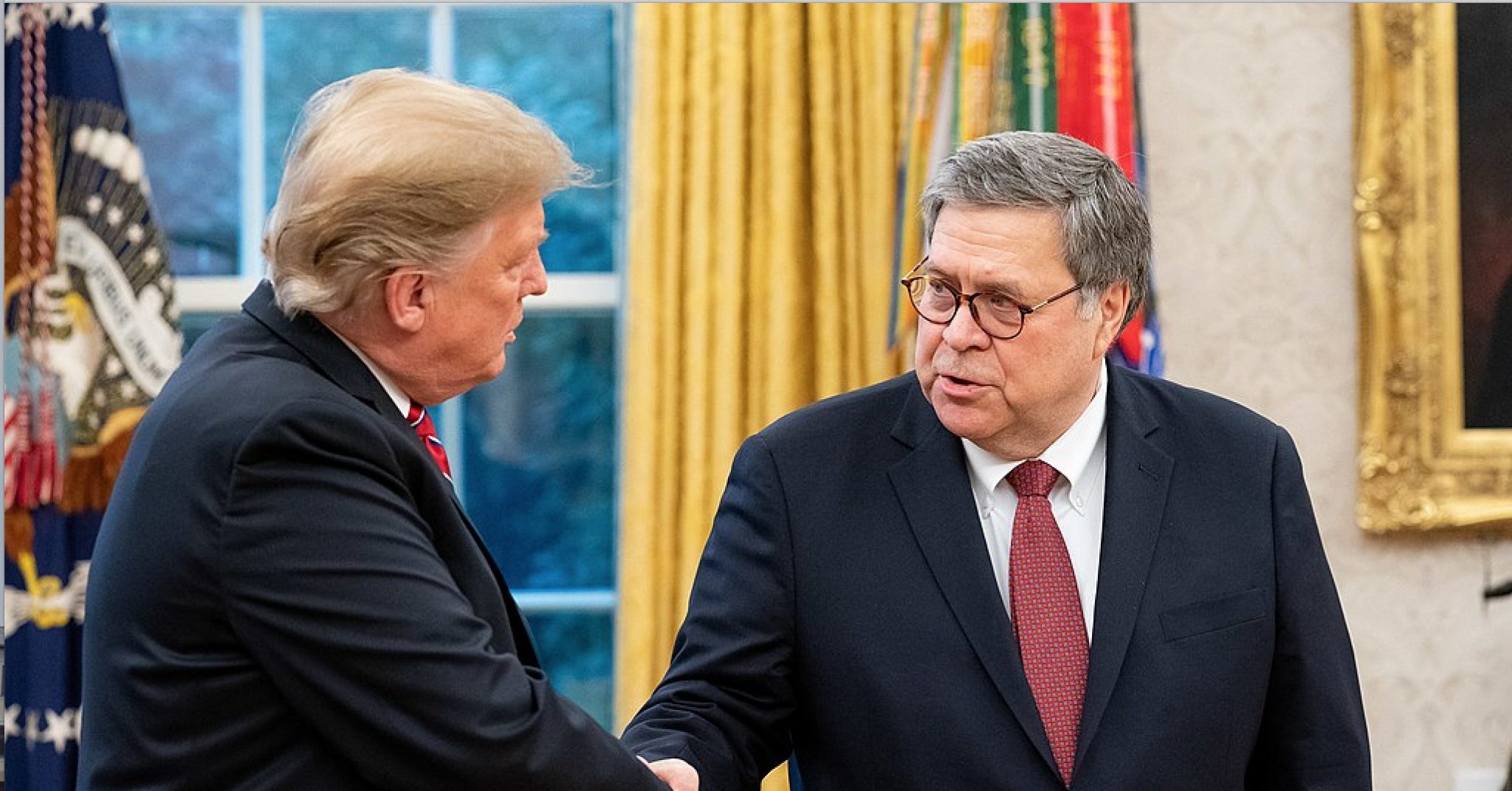 President Trump would be the clear favorite this election day if both, or perhaps just one, of the following promises had been kept. The first was the coming establishment of diplomatic relations between Israel and Saudi Arabia. The second was release of federal prosecutor John Durham’s findings on the Obama–Biden administration’s apparently illegal actions to undermine the Trump 2016 campaign and president-elect Trump’s transition, with possible collusion by foreign powers against the legitimately elected Trump.

It might be impossible to implement the Israeli deals with the Gulf Arabs if Biden ousts Trump.

A Trump defeat would place both of those portfolios into the hands of Joe Biden, Kamala Harris, and their transition team. Biden and Harris — and the American people, as well as foreign powers who depend on clarity from Washington — will deserve the fair transition process that Obama and Biden denied four years ago to Donald Trump and Mike Pence. Two wrongs don’t make a right.

The Saudi–Israeli peace deal is a triumph of the breakthrough thinking and diplomacy of President Trump and his unfairly maligned son-in-law Jared Kushner. The deal is, or was, a fait accompli in all ways but the announcement.

The United Arab Emirates, Sudan, and Bahrain peace deals with Israel were products of decisions not only by their governments, but more significantly by the Saudi rulers. Bahrain is a satellite of Saudi Arabia, with no independent foreign or even domestic policies. The UAE and Sudan do have foreign and domestic policy independence from Saudi Arabia, but neither of these two countries could have taken the monumental steps toward transformation of Pan-Arab/Israeli relations without regional superpower Riyadh’s involvement and approval.

A Hillary Clinton presidency would not have produced peace agreements between Israel and the Gulf Arabs.

Biden and Harris have promised to roll back the clock to the Obama policies regarding Iran and the Palestinians. This is hardly a recipe for success in implementing the historic deals made by Trump and Kushner.

Announcing the Saudi–Israel accord after a Trump defeat and during a transition to a Biden administration would be awkward to say the least. The achievement is so important to long-term peace and security for the United States as well as to the Middle East that the rollout of the accord should include Biden and Harris as president-elect and vice president-elect, as a matter of good form and as an indication that it is an accomplishment that transcends one election cycle or one political party. Still, awkward is really too mild a word for the cognitive dissonance that would be involved here. Biden and Harris are against every detail of the Trump security policies and diplomacy that have made the Saudi–Israeli rapprochement possible.

It is no exaggeration to say that it might be impossible to implement the Israeli deals with the Gulf Arabs if Biden ousts Trump.

So why did this announcement not take place before the election?

The left-wing Protestant theologian Harvey Cox, an iconic “public intellectual” of the 1960s, spoke a profound truth with his aphorism, “Not to decide is to decide.”

Deciding not to announce the Saudi–Israeli deal before the election is to decide to have a negative impact on Trump’s reelection. It is impossible to remove this historic piece of statecraft from the zero-sum game of either helping or hurting Trump’s reelection.

Who decided not to decide this before the election? The Saudis? The Israelis? Who?

Whoever is responsible has knowingly made Trump look bad. In all of his campaign rallies, the president promises that there are more Arab–Israeli peace deals to come. Really? Even during a Biden–Harris transition?

Saudi–Israeli peace is much more important than the outcome of a single U.S. election or the fortunes of one political party. Nevertheless, the architect of that peace, Donald Trump, justly would have had his stature raised by a timely announcement of the accord — all the more so in battleground states such as Florida, Pennsylvania, and Michigan, where Democratic-leaning Jewish voters would have had to take notice of Trump’s historic accomplishment.

Attorney General William Barr repeatedly promised release of the Durham report before the end of the summer. It is now a wintry November election day. Why did Barr make the promise and then fail to fulfill it? For that matter, why didn’t the FBI raid Hunter Biden’s premises long, long before the 2020 Democratic primary season? The public now has abundant information that the FBI had the requisite evidence to do so a year ago. Never has a U.S. attorney general been so forward-leaning with promises having huge political consequences while delivering so little. How did this happen?

Barr’s Justice Department, mind you, did not hesitate to arrest Trump’s 2016 campaign CEO Steve Bannon, in a made-for-TV spectacle worthy of Jerry Bruckheimer, during the final weeks before today’s election. Let’s stipulate that DOJ had probable cause against Bannon, but shouldn’t the Bannon arrest have waited until after the election? Wasn’t the timing of the Bannon arrest an improper interference because of its impact on Trump’s electoral chances? Why should Hunter Biden get different treatment than Steve Bannon?

Spying on a presidential election campaign, Barr famously said, is a very big deal. A Biden administration would prevent the public from ever knowing what Durham was attempting to investigate and prosecute.

Had the voters received the Durham report this summer as promised, there is a strong probability that the report would have shown the Trump campaign and transition in a better light, and the Obama–Biden administration in a worse aspect, than now is the case. There’s a big probability this would have influenced a significant number of voters to choose Trump over Biden.

Why did Bill Barr hot-dog it? Why did he hold the football aloft while prancing towards the end zone, then drop the ball on the one-yard line?

Does Bill Barr expect his initiatives to be consummated by Attorney General-designate Adam Schiff?

Turning our eyes again eastward, why did the Israelis and Saudis negotiate an all-but-announced peace deal and tease it out to the public again and again, only to hold back on its official announcement so that it could be undone by Joe Biden and Kamala Harris along with the rest of the Trump accomplishments?

Be assured that, if Biden and Harris are declared winners, career civil servants, career foreign service officers, career intelligence officers, and the most senior and therefore most politicized career military officers will refuse to do anything meaningful under orders of a mortally wounded lame-duck Trump presidency. They will do so while self-righteously proclaiming they are upholding their responsibility to what the Vindmans and Antifa call “Our Democracy.” They will behave in flagrant insubordination to the commander-in-chief while saying that behavior is obligated by their oath to the Constitution — notwithstanding that the Constitution says nothing to authorize defiance of presidential orders between the election and the inauguration of a new president.

If Biden wins, there will be no Durham report, or whatever report that is released will be meaningless.

Democrats and Republicans play by different sets of rules. If Biden wins, a transition team of Harris, Schiff, Pelosi, Schumer, Buttigieg, O’Rourke, Sanders, and Warren — with Biden as a feeble figurehead — will occupy all federal departments and agencies this week. Like the dormouse in his teapot, Joe Biden will return to his basement, put on his jammies, and settle down for a cozy, big sleep. Perhaps he’ll never awaken before Kamala Harris ascends from de facto to de jure president of the United States.

The career bureaucrats will transfer their allegiance to the new regime not on January 20, but immediately.

All because certain key players decided not to decide.