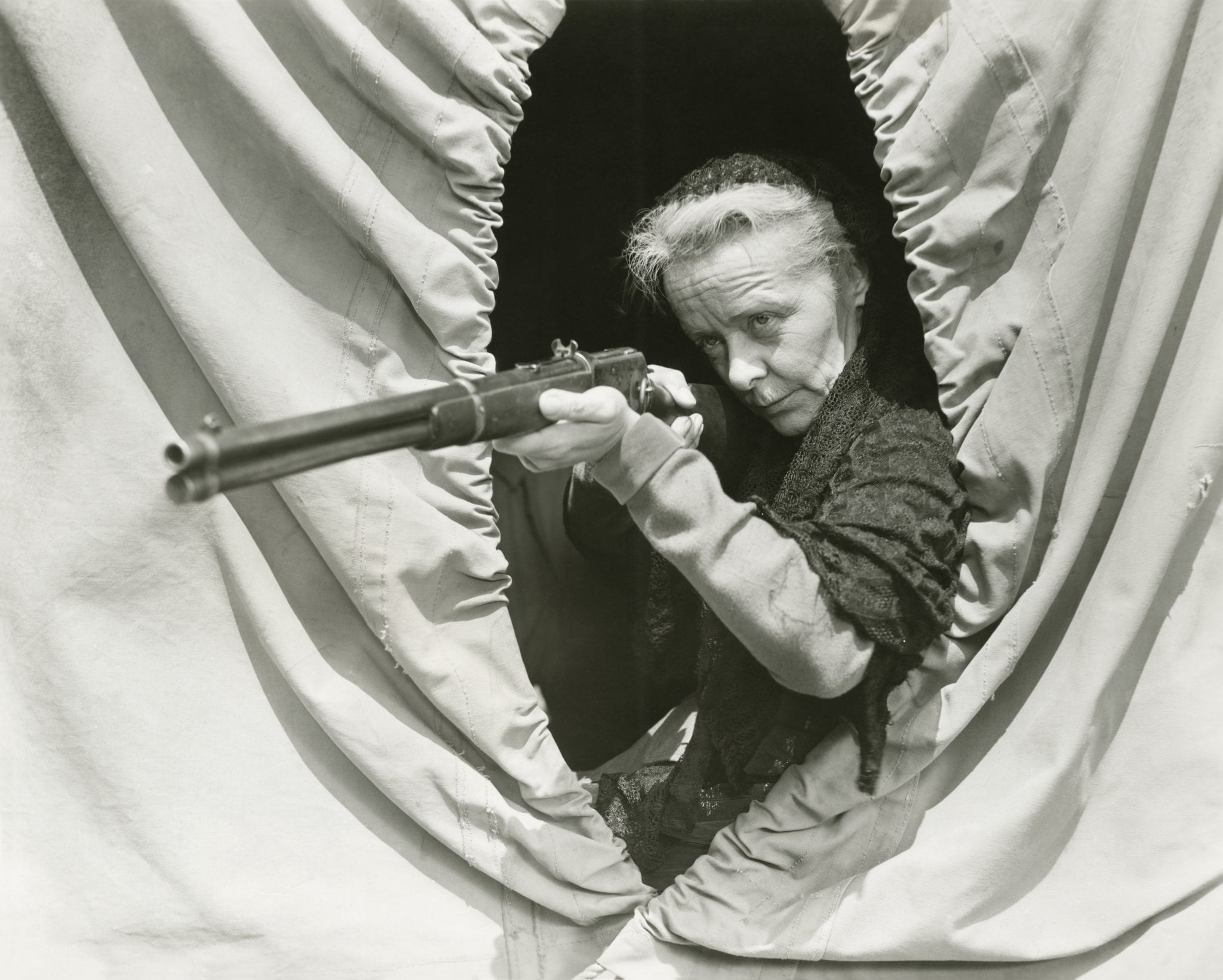 When Free Soil settlers in Kansas were being bloodied by pro-slavery forces in the years before the American Civil War, abolitionist preacher Henry Ward Beecher decided enough was enough, endorsing the shipment of a thousand high-powered Sharps rifles to the settlers.

The guns’ new breech-loading mechanism dramatically increased their rate of fire over the era’s slow, awkward muzzle-loaders. In essence, this made them the assault rifles of their time. The Rev. Beecher (brother to Uncle Tom’s Cabin author Harriet Beecher Stowe) told a reporter that there was “more moral power in one of those instruments, so far as the slaveholders of Kansas were concerned, than in a hundred Bibles.”

Viewing guns as a positive good isn’t typical in this era of mass shootings, but a recent book suggests that for much of America’s history, that is exactly how they were regarded.

In First Freedom: A Ride Through America’s Enduring History with the Gun (Simon & Schuster, Oct. 2018), David Harsanyi argues that in America at least, guns were central to the national experience; without them we might still be squatting on the Atlantic seaboard subsisting on shellfish and charity from the nearby Wampanoag Indian tribes.

Harsanyi begins at the beginning, with man’s discovery that doing violence is safer at a distance. The use of “ranged weapons,” sticks and stones, for the most part, likely began in Africa some 71,000 years ago.

Working forward, he touches on the use of gunpowder weapons in China, where “alchemists searching for an elixir for immortality combined saltpeter, sulfur, and charcoal and inadvertently stumbled upon a man-made recipe that would cause more premature death than any other mixture in history.”

More prosaically, firearm development jumped to Europe, including the creation of “pot” mortars — basically shards and other shrapnel blasted from a large iron pot — and unwieldy “handgonnes… essentially miniature cannons designed to be held by hand or attached to a pole.”

But in keeping with the title, most of the book focuses on firearms in America, specifically their indispensable contribution to the creation of the country.

British arms-confiscation efforts served as a spark to Revolution, as with Major General Thomas Gage’s September 1774 effort to seize gunpowder from a colonial storehouse. The mission succeeded, but the incident, wrote Abigail Adams to her husband John, “has so enraged and exasperated the people that there is great apprehension of an immediate rupture.”

The urgent need to disarm the colonists came because as tension increased, British authorities realized that living on the very edge of civilization had created a populace willing and able to defend themselves.

“European powers were not used to being out-armed by their subjects,” Mr. Harsanyi writes. “… New England was teeming with weapons.” General Gage said he couldn’t pacify the colonies without another 20,000 troops (more than the entire peacetime army) because so many of the colonists were armed. He didn’t get them, and he turned out to be right.

Studies of estate lists from the colonial era confirms it. “[G]uns were owned by 50 to 73 percent (depending on the county) of male estates in North America,” the author notes, citing research by Northwestern University School of Law historians. They were more abundant than such ordinary household items as tables, hoes, axes, books, pictures and curtains, and “personal ornaments.”

The pattern extended into the frontier expansion period, where firearms were a crucial tool in settling the country.

As exploration continued, the nation’s inventors saw a need and filled it.

Having traveled the frontier and seen how isolated and vulnerable pioneers were, and how slow to re-load their weapons were, Colt was convinced of the value of the personal firearm to Americans settling their vast new country. “Place a revolver in the hands of a dwarf… and he is equal to a giant,” he said. Or as Harsanyi puts it, “A Colt made one man six.”

And unlike in Europe, where dueling was limited to the upper classes, Americans of every social level were prone to settling differences with deadly force, especially out west, where access to reliable law enforcement was doubtful.

But for all that, there’s reason to believe that the popular vision of the lawless, violent West is overstated, possibly because the prevalence of weapons helped keep the peace.

The author cites research by historian Robert R. Dykstra indicating that even Dodge City recorded only 1.5 homicides a year in the decade of its chief prominence as a cattle shipping center. As regards the often misunderstood “no guns in Dodge City” dictum, Harsanyi points out we have no way of knowing how long or how stringently this was enforced.

And in any event, “Not in the wildest recesses of the westerner’s imagination would he think a person had to ask for permission — or get a license — from the government to own a firearm.”

Throughout the development of gun technology, the process was interestingly linked with the growth of American industry, as weapons here progressed from handmade, one-off muskets, flintlocks, and other basic rifles, to mass-produced guns created with interchangeable components, technology that would later drive mass production of early automobiles. The connection came full circle with Prohibition era felons taking to American roads with the Thompson submachine gun and shooting it out with woefully outgunned local police.

The story moves forward from there through 20th century efforts to control crimes committed with guns by focusing on the weapons, rather than the criminals, and traces the development of the National Rifle Association from an early shooting club to the aggressive pro-Second Amendment force that it is today.

Harsanyi pays attention to the re-definition of the Second Amendment as a group right supporting organized government efforts — militias — and then more recently back to an individual right, based on readings of contemporary sources.

“The notion of individual ownership of firearms was so unmistakable and so omnipresent in colonial days — and beyond — that Americans saw no more need to debate its existence than they did the right to drink water or breathe the air,” he writes. After the battles of Lexington and Concord, he writes, “Not a single Minuteman was asked to hand his musket over to the Continental Congress after chasing the British back to Boston.”