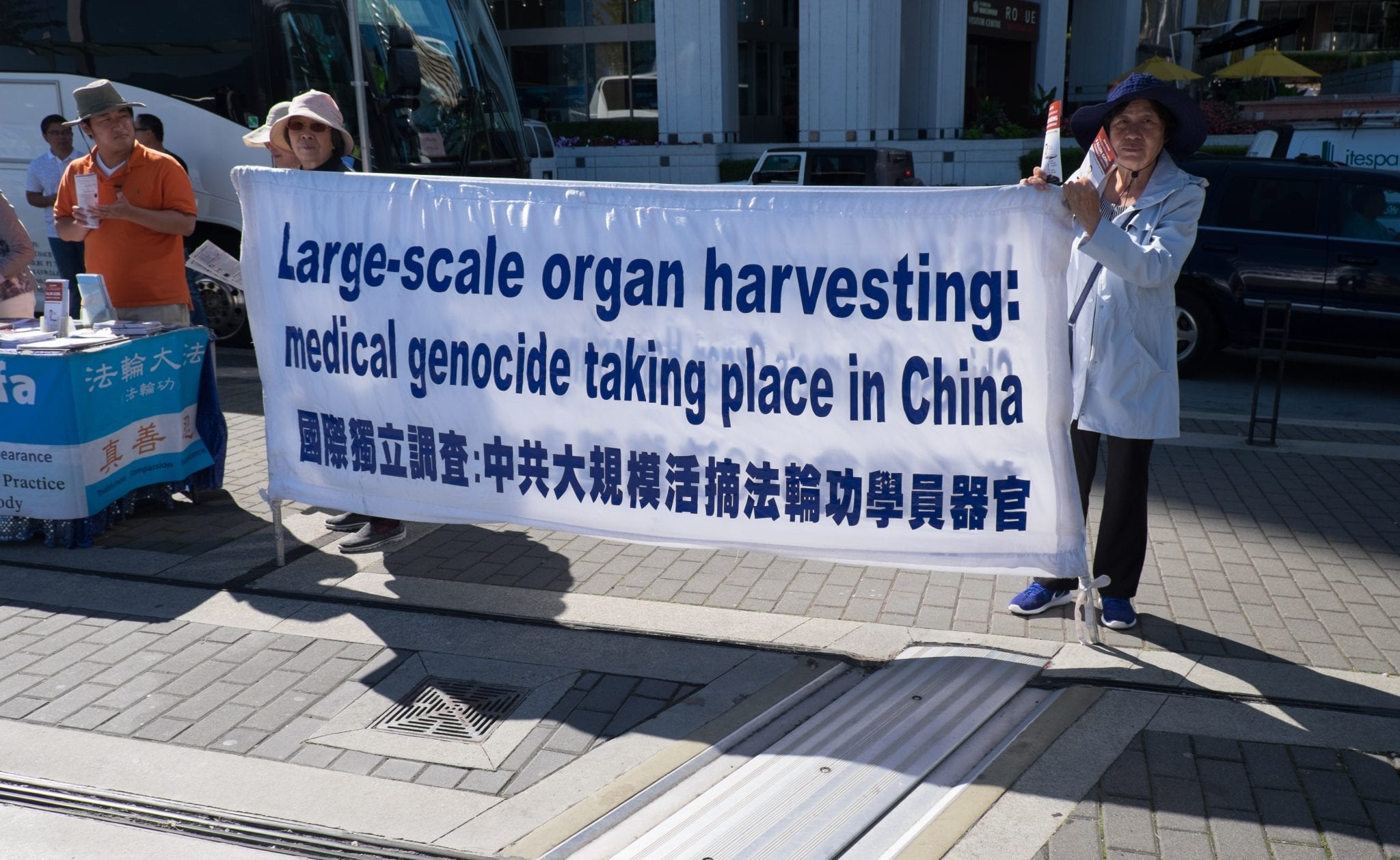 In Canada, which has an organ donor rate of 21.91 per million of population, a person in need of a kidney transplant can expect to spend around four years on the waiting list. In China, with a donor rate of only 3.67, the same person might get their transplant in a matter of weeks.

These unnerving statistics formed the basis of a new report about involuntary organ harvesting in the communist nation delivered on June 17th by the independent China Tribunal. The group, which is led by prominent lawyers and medical professionals, concluded in a 60-page summary judgement that a massive forced organ transplant industry exists in China, with its nucleus being the persecution of practitioners of Falun Gong, a benign spiritual practice seen as a threat by the Communist Party.

The investigation analyzed several alarming facts, including the “massive growth of physical infrastructure; hospitals and dedicated hospital facilities… before the institution of any voluntary donor scheme,” suggesting that massive coercive organ extraction was already occurring. Phone calls to Chinese hospitals also revealed that they “were offering organs for sale… from people who were alive at the time of the calls and were available to the callers on short notice.” These facts, together with the disappearance of thousands of prisoners of conscience, led the tribunal to the “certain conclusion” that there exists “an available bank of potential living donors who could be sacrificed to order.”

The exact size of this population is unclear, although some facts could be inferred from known figures. In 2017, the quoted number of eligible donors in China was 5146, whereas “between 60,000 to 90,000” transplant operations occur there every year. This “incomprehensible gap”, as the tribunal puts it, suggests tens of thousands of suspicious or involuntary organ extractions annually.

The judgement concludes that the victims of this massive organ harvesting operation are almost certainly Falun Gong practitioners, seeing “no other identified source”. Falun Gong, a Buddhist spiritual movement centered around meditation, was founded in 1992. Though initially seen as harmless by the government, its explosion in popularity and resistance to state influence transformed it into a perceived threat to the Communist Party’s legitimacy, leading to a ruthless suppression campaign beginning in 1999 and continuing to the present day. Methods used by the state in its attempts to stamp out the practice include torture, sexual abuse, executions⁠—all through tens of thousands of disappearances. China is known for taking organs from executed prisoners. Similar treatment of Falun Gong is not difficult to imagine.

Of course, sourcing organs from a group in the process of being eradicated is not a sustainable strategy. The tribunal presents evidence that the harvesting program may be expanding to target China’s Muslim Uighur minority, which has faced increasing persecution in recent years including mass incarceration in internment camps. The judgment relates testimony that “15 million [Uighurs]” have been “blood and DNA tested… compatible with tissue matching,” suggesting that the “CCP is building their national database for organ trade.” Torture and invasive examinations of detainees also mirrors the treatment of Falun Gong. On the whole, the tribunal states that it “does not have sufficient evidence” to assert that organ harvesting of Uighurs is already occurring; it can, however, confidently conclude that the demographic is highly vulnerable, and that the actions of the Chinese government suggest both the means and the intention to establish such an operation in the future.

The scale and cruelty of China’s hidden organ industry is unprecedented. No wonder, then, that the applicability of the term “genocide” has been suggested. On the grounds of “killing of members of a group,” “serious bodily or mental harm to members of a group,” and “physical destruction in whole or in part” of a group, the tribunal finds that the Chinese government’s treatment of Uighurs and Falun Gong are “indicative of the crime of genocide.” Ultimately, however, the judgment states that the “requisite specific intent” for group destruction cannot be confidently established, and so it does not issue a definite conclusion on the question. Yet the Communist Party’s decades-long persecution of Falun Gong suggests nothing short of a desire for total eradication. This considered, The American Spectator believes that the evidence is unambiguous: China is committing genocide, and the rest of the world has been oblivious.