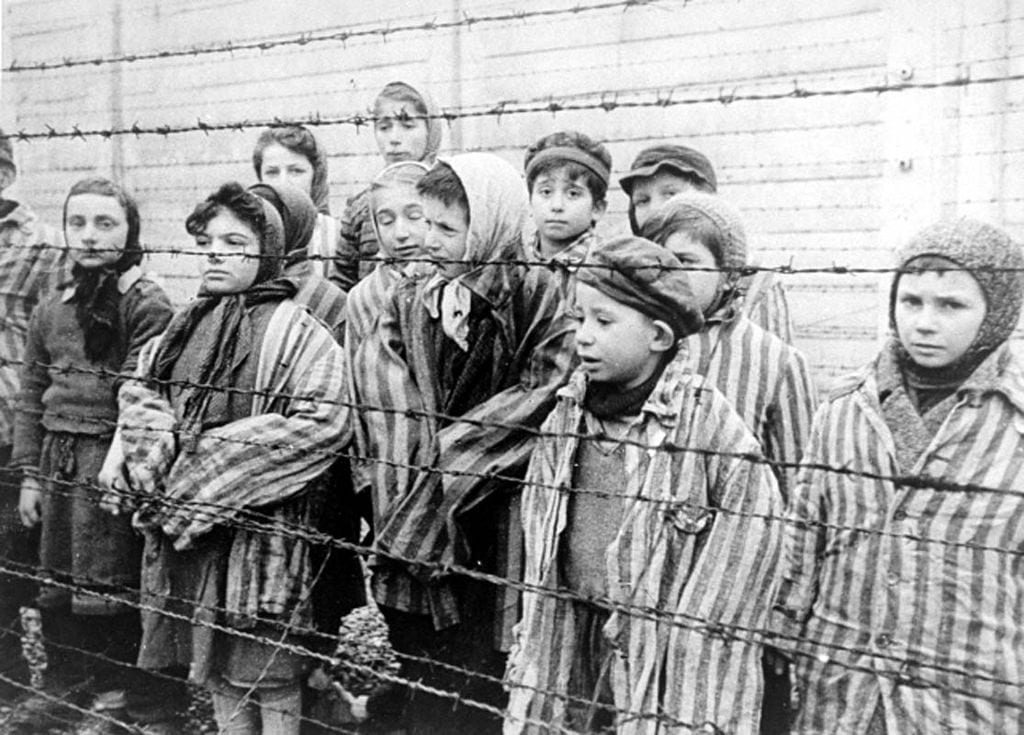 More Politics
Sign Up to receive Our Latest Updates!
Register
Hot Off
The Press
Free the Market
Menthol Cigarette Ban Plan Will Fuel Illicit Tobacco Trade
by Jason Reed
Among the Intellectualoids
The Left’s ‘They’ Obsession Is Ruining the English Language
by Deroy Murdock
Hither and Yon
The Girls Are Beating the ‘Girls’
by Scott McKay
The Current Crisis
Another Big Story the Press Missed
by R. Emmett Tyrrell, Jr.
Drawn to Humor
The Carbon Zero Chain Gang
by Patrick Cross

The Holocaust — the mechanized butchery of six million people because of who they were — is unprecedented in history, as sui generis as the totalitarianism that conceived it.

Hannah Arendt notes that the advent of historical circumstances, mass propaganda, and a technology of death made it possible.

To compare the plight of largely economic migrants at America’s southern border to the Holocaust inures us to the magnitude and historical impact of the unfathomable.

The Jews fleeing Europe were actual refugees. The Nazis early on boasted of past crimes against the Jews and promised future ones. As David Wyman argues, America not only refused them entry under an unfilled quota; the Roosevelt administration conspired with the British government to prevent Jewish refugees from finding safe haven.

The Jews were not economic migrants. They were not a potential economic burden on the countries that could have taken them.

When the SS St. Louis was returned to Europe, the Jewish Joint Distribution Committee put up half a million dollars in surety (some $8 million in today’s dollars) that France, Belgium, and the Netherlands would not incur economic costs as a result of absorbing these Jewish refugees.

There were no criminal organizations among the Jews fleeing Europe. They were not trafficking drugs or people. They were not bringing children to game an asylum system, children who sometimes weren’t theirs and were being trafficked for sexual and economic exploitation.

Since the vast outpouring of European Jews to these shores that began in the 1880s, a time when there was no infrastructure of government assistance, the Jewish community has mobilized to provide charitable support for its brethren that even included loans to develop small businesses. The community built its own civic centers, schools, hospitals, and theaters.

A Jewish refugee who would have been admitted to America in the 1930s and gave birth here would not have been holding the American taxpayer hostage for the next eighteen years to pay for that child’s sustenance.

The ludicrous comparisons are part of the media-generated hysteria that makes it appear that everyone at the southern border is escaping a threat like that of the Jews escaping Hitler.

Contrast the plight of the Jews with that of Yanela Sanchez, the two-year-old crying Honduran girl that Time magazine tried to make the poster child for the plight of Central-American refugees being separated from their parents by the “fascist” Trump administration.

Yanela Sanchez was never separated from her mother. She was momentarily set down when the picture was taken and minutes later was back in her mother’s arms. Mother and child were detained together.

Were she a real asylum seeker, she could have submitted an application at the American embassy in Honduras without putting her child at risk. She could have invoked international law and asked for asylum in the first country in which she was no longer threatened for her alleged activities in Honduras.

Sandra Sanchez is another economic immigrant. There are three billion people in the world who live on $2.50 or less per day.

Neither America nor the West can solve the economic problems of the Third World through refugee absorption.

The argument that anyone who suffers the long and treacherous journey to the American border deserves admission is like saying any criminal who spends a lot of time and effort bypassing your alarm system should be permitted to rob you.

The optics of children in cages separated from parents should not be the basis for policy. Under the worst circumstances, the children are limited to 20 days’ detention before being placed with the Department of Health and Human Services. American citizens who break the law are separated from their children — and it isn’t temporary.

These economic migrants prevent us from using resources to raise the ceiling on real refugees who, like the European Jews of the 1930s, are fleeing treacherous areas where they legitimately fear persecution because of race, religion, nationality, membership in a social group or political opinion. There are hundreds of millions of people in the world who meet that definition.

President Trump is attempting to enforce the law against economic migrants claiming to be refugees. Likening that to Hitler’s mechanized attempt to eradicate the Jews is despicable. Such comparisons, in the words of Elie Wiesel, cheapen the Holocaust and rob it of its meaning.

Abraham H. Miller is an emeritus professor of political science, University of Cincinnati, and a distinguished fellow with the Haym Salomon Center. Follow him @salomoncenter.