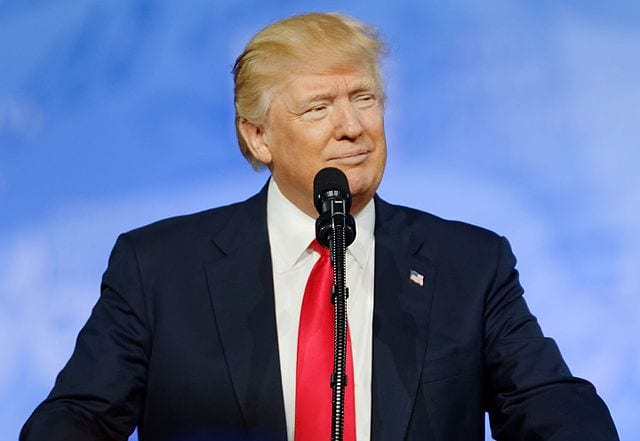 President Trump continues to batter away at the American economy with ill-advised trade policies, threatening the jobs of 470,000 Americans who stand to become unemployed should Trump’s tariffs be implemented. The implementation of tariffs creates yet another type of crony capitalism, as well-connected businesses and industry groups lobby for exclusions.

A notice published in the Federal Registrar on March 19 sounded the starting gun for this type of crony capitalism. An innocuous-looking announcement with a title long enough for its own paragraph, the notice set the rules for requesting exemptions from the upcoming tariffs. In doing so, it set off what is a cronyist process by its very nature.

In the past I have commented on the cronyist nature of certain tariffs, but tariffs are by their very nature cronyism — they are a way for the government to favor the economic interests of certain industries or businesses over the interests of other industries and American consumers. Applying import duties on certain products is bad enough, harming the businesses and consumers that rely on those products. Yet allowing politicians and bureaucrats to decide which businesses should be subjected to these restrictions only exacerbates the problem.

The Commerce Department has stated that it will decide on exemptions on a company-by-company basis, rather than based on the types of steel or aluminum being imported. (Is Commerce finally setting aside the facade of justifying tariffs on the basis of maintaining the domestic steel and aluminum industries’ ability to supply the military with raw materials?) The department anticipates 4,500 exemption requests — and it’s difficult to imagine that small businesses without the resources to lobby, or possibly even prepare an exemption request in the first place, will be the ones that receive exemptions.

In the end, the process of determining who receives an exemption from Trump’s tariffs will consist of unaccountable bureaucrats deciding to exempt those with the political influence and access to get their arguments in front of decision-makers’ faces, with the losers being those businesses outside this circle. An economy that rewards a company’s access over the value of its products is not truly a market economy, but one that’s making products more expensive while providing less value to consumers.

This is not to criticize the businesses attempting to secure exemptions from harmful tariffs. They are simply responding to the economic situation they are presented with: invest in access or lose out As the government more and more attempts to pick winners and losers in the economy, it becomes more productive for businesses to have access when those decisions are being made. This is a major reason why lobbying spending has more than doubled over the past 20 years.

The solution to this crony capitalist hole that Washington has steadily dug itself into is to make government access a less valuable prize. There would be no mad scramble to elbow the way into earshot of the Commerce Department bureaucrats deciding whether to accept or reject exemption requests if there were no tariffs in the first place.

As trade exclusions so effectively illustrate, crony capitalism rarely exists in a vacuum. It is the product of a policymaking culture that so readily accepts that a role of government is to decide which businesses are winners and which are losers. Crony capitalism breeds further crony capitalism — and without a culture change in Washington and other policymaking hubs around the country, it will continue to do so.