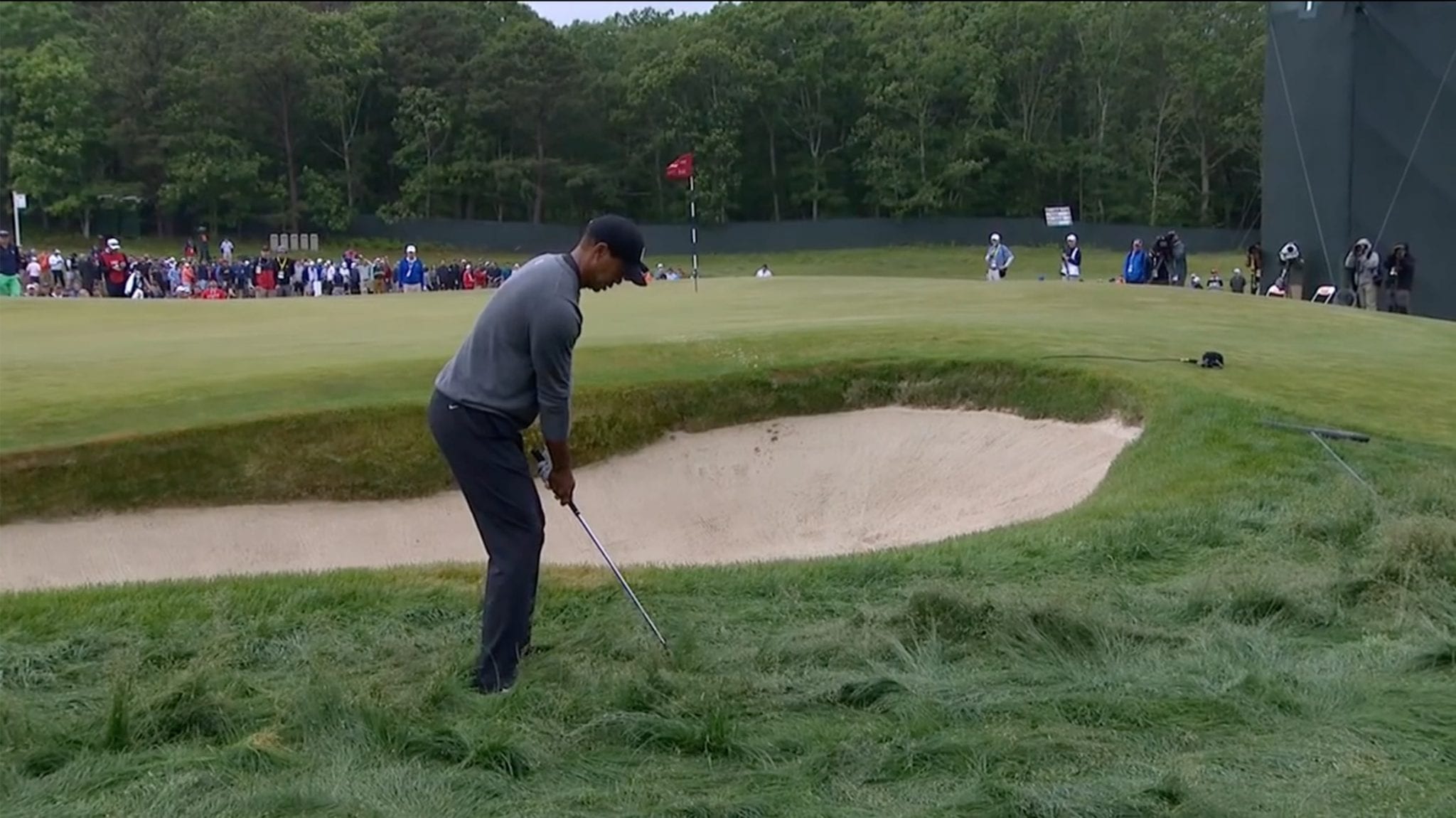 Things were looking good for Ian Poulter when he stepped up on the tee with two holes to play at Shinnecock. He was coming off three birdies in the last four holes and was just one stroke behind the leader at the U.S. Open. He was playing lights out and, hitting it the way he was, he might be sitting on the lead going into the weekend. Tied, anyway.

He was, in short, cooking.

He was fine off the tee but put his approach into a bunker. After that… calamity. He bladed the ball and flew the green by twenty or thirty yards. Coming back, he put it into a rough grown up in fescue. He gouged it out of an admittedly tough lie, then managed to get onto the green and finally sank a knee knocker for a triple bogey seven. This left him even for the tournament and grateful, no doubt, to his Maker that there was only one hole left to play.

Which, of course, he bogeyed.

But he would, at least, still be playing on the weekend. The same could not be said for, among others, RoryMcIlroy, who once shot the record low score for this tournament. Or Jordan Spieth who was the young phenom with the truest putting stroke among mortals a few months ago but who couldn’t par the last two holes of this tournament to make the cut. Jason Day didn’t survive the cut, either. Those three were the golden boys of golf, this generation’s Nicklaus, Watson, and Trevino. Not none of them would be playing on the weekend at the U.S. Open where your résumé doesn’t count for much.

Tiger Woods, by the way, also missed the cut.

It was hard out there on the treeless course on the north end of Long Island and the players didn’t look like they were enjoying themselves. Which, for some fans, was the point of watching. This is the U.S. Open. Which is to golf what K-2 is to mountaineering. That is, so tough that it defies sentimentality of the sort that saturates coverage of the Masters, which you could think of as golf’s Everest.

Lots of people have climbed Everest. It isn’t easy but it is doable. Very few have made it to the summit K-2, which is more likely to kill you than to allow its summit to be reached. The Masters, like Everest, is drama and romance. The U.S. Open, like K-2, is brutal and unforgiving.

Which is why some fans of golf love the U.S. Open above all other tournaments, including the Masters. The Open doesn’t reward good shots as much as it punishes the poor ones. Which may not be fair in the eyes of some but seems… oh, just, in the eyes of a certain kind of golf aficionado who views things in Old Testament terms.

Or, perhaps, this isn’t so much a case of enjoying the suffering of others as it is a kind of reverence for the game and for an era before equipment innovations and player conditioning made tournament golf into a routine of booming drives followed by high trajectory wedge shots to the green, leaving putts for birdie and routine scores of seven or eight under par for a round. The courses got longer and the drives went further and technique and touch got left behind with persimmon head drivers.

Justin Thomas, one of the game’s young stars, hit a drive over 400 yards at Shinnecock on Thursday. Good for him. But he is still five off the lead, which is held by Dustin Johnson who is also, famously, a bomber.

But Johnson is putting lights out and hitting his approach shots with a kind of accuracy that would work in sniper school. On Thursday, he put one out of the bunker and into the hole like it should have been there all along.

The weekend will be short of some big names but the golf ought to be interesting, to say the very least. Players cannot afford the big miss on the certainty that one good shot – one even so-so shot — will get them off the hook and cost, at most, a stroke to par. Ask Poulter about that sand shot that flew the green. They will be challenged, exceedingly, by the course and also their own nerves.

This tournament is a test not so much of skill as of toughness. This makes it less grand than the Masters which is appealing even to people who aren’t really golfers or fans of the game. How can you not fall for the azaleas and the dogwoods and Amen Corner and the back nine on Sunday with the lead changing every fifteen minutes.

The Open is the other thing. A grind. Par is a good score. Bad shots are remorselessly punished. And you can come to your last two holes on a roll and one shot off the lead and leave the course five back of the leader and wondering just how it happened.