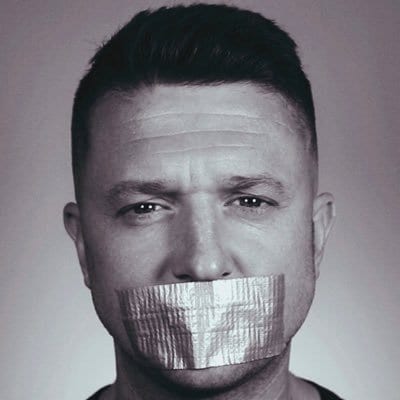 A fortnight ago one of the United Kingdom’s foremost human rights activists was jailed unjustly for daring to throw a spotlight on his government’s egregiously inadequate prosecutions of that country’s brutal Muslim rape gangs.

On May 25 former English Defence League leader Tommy Robinson was arrested outside Leeds Crown Court in England for using his smartphone to broadcast the arrival of the accused members of a so-called “grooming” gang to hundreds of thousands of his Facebook Live subscribers.

Political correctness and fears of being smeared as racist or Islamophobic have led authorities in the United Kingdom to downplay or ignore sex crimes committed by unassimilated Muslims who rape Britons. Up to 1,400 UK residents, mostly white girls, have reportedly been raped by grooming gang members since the 1980s in locales such as Rotherham and Telford.

To no one’s surprise, Britons do not trust their government to deal with such grooming cases fairly or protect the public from such sexual predators. British politicians worship at the altar of multiculturalism and would rather protect criminals from victims.

Reviled by the Left and milquetoast Tories such as Prime Minister Theresa May, Robinson has been trying for years to raise awareness about the Islamization of the UK. His most recent arrest came as he tried to bring transparency to an opaque legal system.

Smart-alecky left-wingers like to point out that Robinson wasn’t imprisoned merely for taking video footage outside a courthouse. His arrest was for what constituted a second offense under Britain’s draconian contempt of court laws. His probation was rescinded and a sentence that was previously in abeyance was reinstated.

What was the previous offense? Same thing.

Robinson, it turns out, is a recidivist reporter.

The man was doomed on May 25 from the moment he began taken video footage with his cellphone.

The filming of the alleged pedophile rapists infuriated the trial judge, one Geoffrey Marson Q.C., because he had imposed a ban on publishing news from the criminal proceeding. As happens in police states where the government selects the news of the day, Marson ordered the media not to report on the trial of the suspects until after the trial was concluded. This news blackout was justified on the dubious theory that keeping the British public apprised of how their taxes were being used might somehow prejudice the defendants.

When Robinson inserted himself into the proceeding by engaging in unsanctioned acts of journalism, Marson imposed a freestanding publication ban aimed at suppressing news of Robinson.

No wonder. Liberty is frightening to intellectually stunted legal bureaucrats obsessed with order.

In a chilling reminder of why American patriots used force to destroy English tyranny in 1776, Marson condescended to Robinson, telling him:

I respect everyone’s right to free speech. That’s one of the most important rights that we have. With those rights come responsibilities. The responsibility to exercise that freedom of speech within the law. I am not sure you appreciate the potential consequence of what you have done.

Early Americans didn’t take kindly to disingenuous lectures like this from authority figures. That’s one of the reasons they enshrined the now internationally envied First Amendment in the U.S. Constitution. It is taken for granted here in America that government officials shouldn’t get to decide what speech is acceptable and what is not.

But in many ways the United Kingdom is not a modern country. Quite apart from its barbaric health care system and seething contempt for self-defense rights, it is shockingly backward.

It has nothing close to the First Amendment. It has frightening blasphemy laws that can be used to persecute religious dissenters. Truth isn’t even necessarily a defense to a defamation lawsuit.

As I’ve written before:

The American system, readers need to be reminded, is about liberty — the system in England is about order, which is one of the reasons why American patriots had to overthrow the yoke of English tyranny in 1776.

Whatever lessons the British may have taken from being humiliated by colonial upstarts on American Revolutionary battlefields, they have long since forgotten.

Perhaps Tommy Robinson’s persecution will help to reawaken the kind of righteous indignation needed to restore basic freedoms in the UK.

A Change.org petition urging the British government to free Robinson has been launched.

Tommy Robinson has been arrested and jailed for reporting on Muslim grooming gangs. A job that he chooses to do with no regard for his own safety, informing the public of all the wrongs committed in the name of Allah. Fighting against adversity and reporting on issues that our mainstream media are too afraid to speak of.

Tommy is raising issues that are affecting all of our communities, and that are being swept under the carpet and hidden from the public.

It’s time we stand together, stand strong, and stand by his side.

At time of writing, nearly 600,000 people had signed the petition.