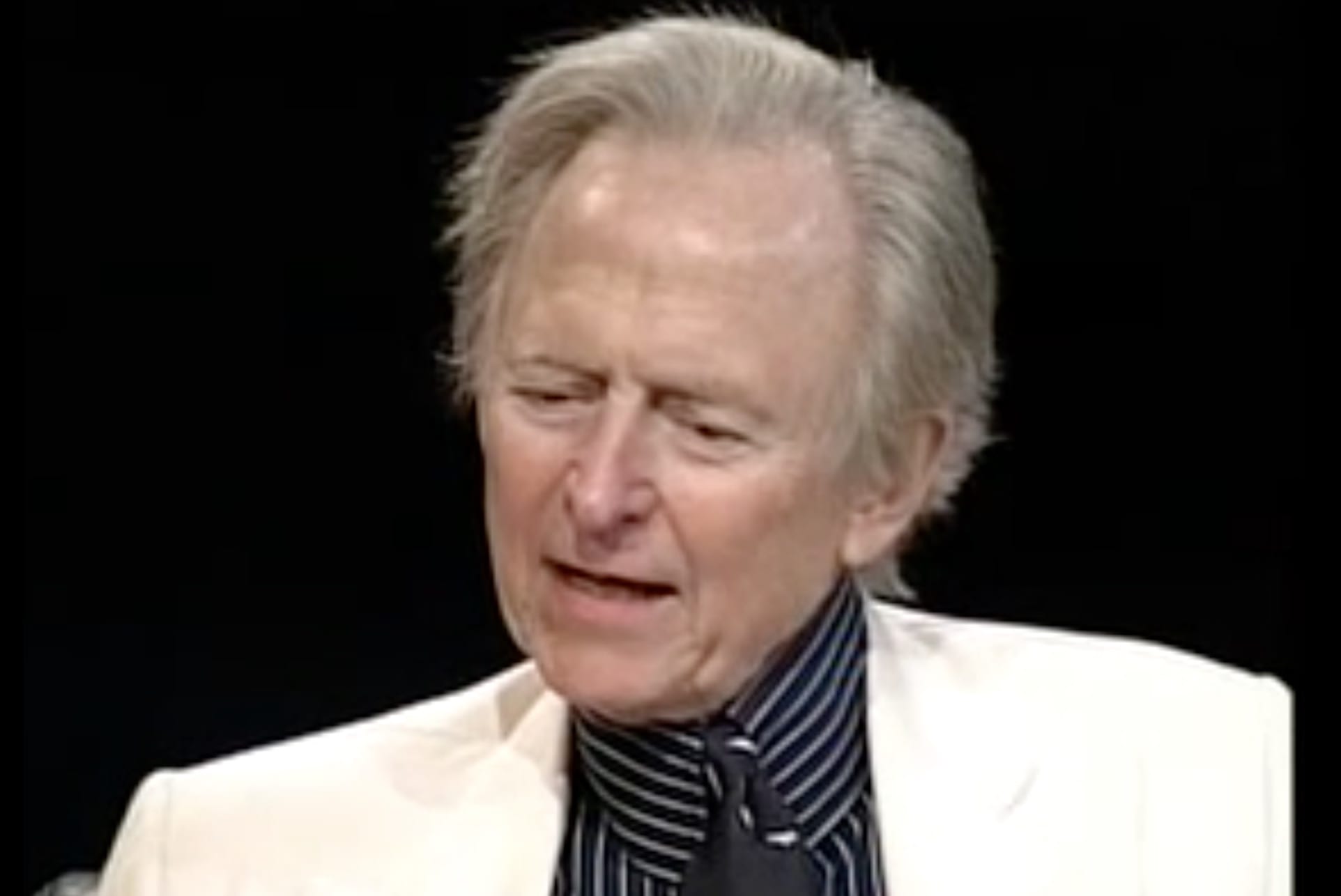 Tom Wolfe wrote journalism as a novelist and novels as a journalist. This sometimes worked.

Wolfe died at 88 on Monday after a lifelong battle with age. As a septuagenarian, he wrote I Am Charlotte Simmons, a novel about the campus hookup culture. He really did not know his place. He wore white suits in winter. He played an intellectual on television by way of downplaying his education. He obtained a Ph.D. from one of the finest institutions in America but, unlike the ever-increasing hordes who hang their hats on those three letters affixed to their names, Wolfe did his best to obscure this accomplishment. Like Thomas Wolfe, Tom Wolfe wrote four novels. But we strangely never confuse the two sons of Dixie.

The Southern gentleman in Manhattan displayed an extreme thoroughness in detailing his subjects as he invented cartoonish aspects about them. The New Journalism looked to make people characters — caricatures, even. This seemed apparent in the writer’s colorful descriptions of Neal Cassady, a man disguised as a fictional character in Jack Kerouac’s On the Road who, by the 1960s, appeared as a fictional character disguised as a man in Wolfe’s The Electric Kool-Aid Acid Test.

“Other people were beginning to show up at Kesey’s, and that was part of the trouble,” Wolfe wrote of the drugged-out Merry Prankster dropouts. “Some of the Perry Lane crowd didn’t know exactly what to make of Cassady. Here he is before us in Kesey’s Versailles, coming on, coming on, with his shirt off and his arms jerking and his abdominal obliques jutting out at the sides like a weight lifter’s…We are hip, we value the holy primitive. Only Kesey is intimating that one should learn from Cassady, he is talking to you. Which he was. Cassady wanted intellectual communion. But the intellectuals just wanted him to be the holy primitive, the Denver kid, the natural in our midst.”

If Neal Cassady went native by becoming Dean Moriarty and ultimately belonging to that peculiar print species that included Professor Moriarty, then one must conclude that Tom Wolfe did so, too. The novelist seemed the most interesting of the characters he created.

The most captivating part of the character involved his penchant for reinvention, perhaps better described as an omnivorous curiosity. He could write about art and activists and astronauts and the arrogant and anybody else because he wrote and writers write. They write about everything. Wolfe turned the axiom “write what you know” on its head to know what he wrote. Intellectually curious writers tend to do that. In his final book he tackled science in attempting to sack Charles Darwin and Noam Chomsky. The Kingdom of Speech, in questioning conventional wisdom of the evolution of man and the words he speaks, struck as so not Tom Wolfe, which was such a Tom Wolfe thing to do.

“To say that animals evolved into man is like saying that Carrara marble evolved into Michelangelo’s David,” he wrote in the controversial 2016 book. How Tom Wolfe evolved into Tom Wolfe, and kept doing so for all of his 88 years, seems a more interesting question to ponder.