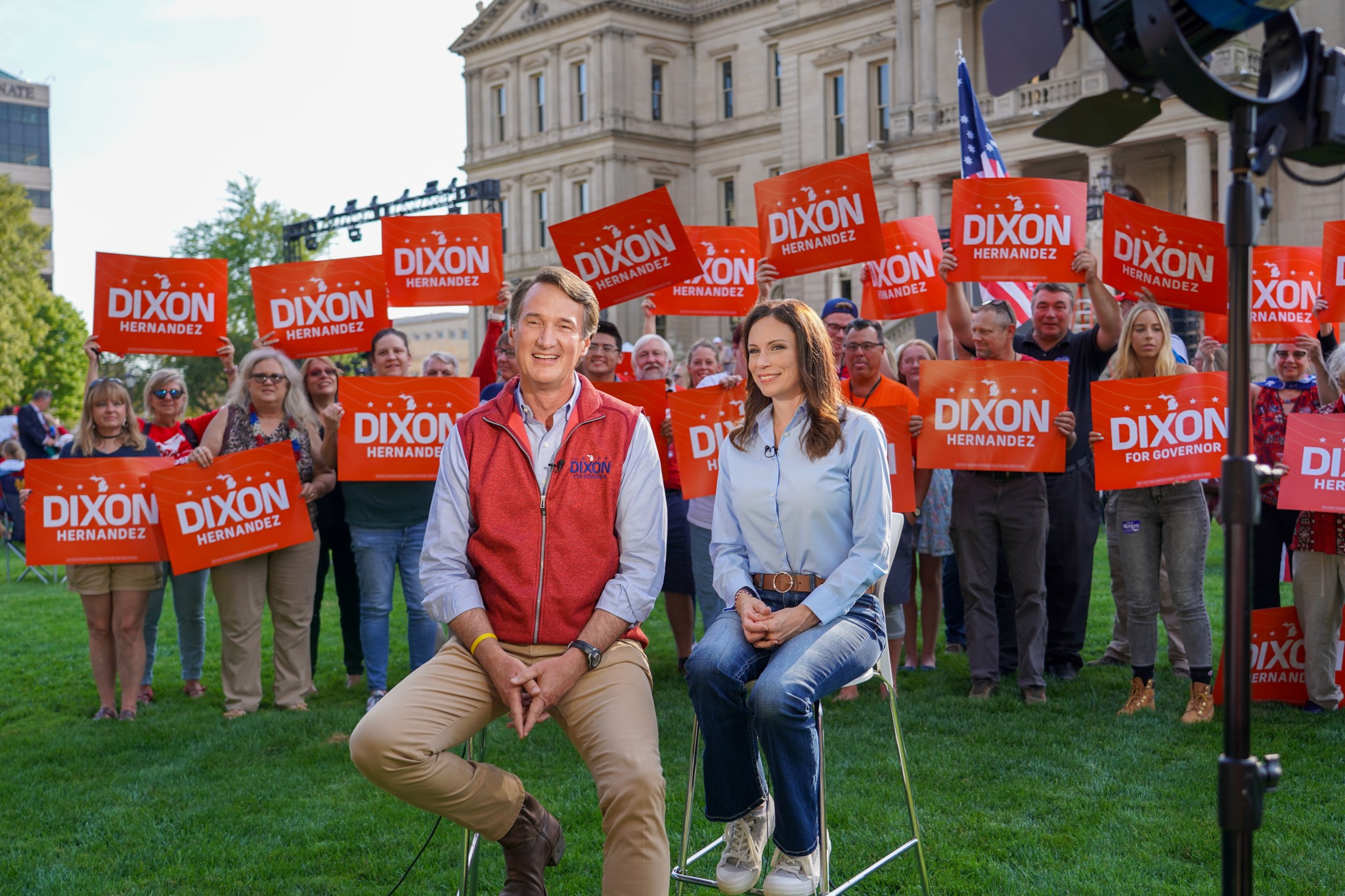 It’s Election Day across America, and it’s become an old cliché to say it, but this is the most important election of your lifetime.

Or at least it’s the most important midterm election of your lifetime. Even if you’re an old fart who can remember when Elvis shaking his hips on TV was vulgar and obscene.

Why? For two reasons: This election might be our last real chance to stave off utter disaster in our politics and policy, which you likely already know, and it’s also an opportunity to make lasting, needed change in how American politics works.

The polls indicate that this is a red wave election, a thorough repudiation of bad Democrat governance and worse Democrat politics. You already know all that. RealClearPolitics is predicting a 53-47 Republican-majority Senate (a 3-seat GOP gain), a 243-192 Republican-majority House (a 31-seat GOP gain), and a 30-20 GOP advantage in governorships (a 2-seat GOP gain). But it could be a bigger spread than that. The RealClearPolitics numbers don’t count Don Bolduc in New Hampshire as a Republican Senate pickup, something that looks more and more likely, and they also don’t account for the possibility that Sens. Patty Murray (Washington) and Michael Bennet (Colorado) could also be submerged under the wave. Democrat governorships in New York, Oregon, New Mexico, and Minnesota might also be washed away if the wave is tall enough.

Those projections might just be on the conservative side, as former House Speaker Newt Gingrich noted in an interview your author did with him a couple of weeks ago at The American Spectator’s annual gala…

Gingrich predicts that Republicans will gain three to seven seats in the Senate and 20 to 50 seats in the House, ranges in which RealClearPolitics’ projections comfortably fall. He also says that the Democrats have gone absolutely insane, and the public won’t stand for them.

He’s likely right. But that’s what we’re going to find out when the votes are tallied and the races are called tonight.

A Republican takeover in the House and Senate does not, in and of itself, mean the end of American decline. We’ll get to that part in a minute. But what it does mean is that the worst of what we’ve seen over the past two years should cease. Among them…

It should mean a reversal of the weaponization of congressional hearings, specifically the kangaroo court Jan. 6 Committee, to deprive American patriots of their freedom. What’s been done to Peter Navarro and Steve Bannon, among others, is an utter and total disgrace and should be grounds for discipline of those in Congress who promoted and allowed it. Hopefully, a new House majority will take up that task, but, if nothing else, we’ll never have such a sham proceeding again. In fact, the hearing process should and likely will be pointed in the opposite direction on Jan. 6 and a host of other topics deserving of attention, but with the accepted rules of procedure and evidentiary process reattached to eliminate the show-trial debauchery of the current Congress.

And it should mean a reining in of the federal agencies that have been set upon the American people like a pack of attack dogs. The plans for 87,000 new armed IRS agents should be null and void, and it’s reasonable to expect the power of the purse will be used to defund efforts to weaponize the bureaucracy against farmers, manufacturers, oil drillers, motorists, parents, and other ordinary Americans.

Not to mention that the flow of radical judges through Chuck Schumer’s Senate will slow to a crawl, if not stop altogether. The Obama regime, which Biden is merely the hind parts of, has thoroughly politicized the judiciary to the great detriment of the American people, and it will take a long time for the republic to overcome the poison those judges have introduced into the system.

That damage can only be done with total Democrat control of the executive and legislative branches. With Republicans in control of the national legislature, the runaway train goes off the tracks and things stop getting worse.

But there is an opportunity, even without the White House in the hands of competent and sane leadership, for things to begin to turn around.

I’ve written, both here at The American Spectator and in my book The Revivalist Manifesto, which you should absolutely buy and read if you haven’t, that we’re at the end of a long era in American politics. This is the third such era; it began with the 1932 presidential election and the inception of the New Deal, and we have been bound to the processes, policies, and institutions formed at the beginning of that era ever since. The first era began with the presidential election of 1800 and ended, after the disastrous presidency of James Buchanan, with Abraham Lincoln’s election in 1860, and the second era ended after the disastrous presidency of Herbert Hoover.

And we’re in the disastrous presidency of Joe Biden, which bodes well for the end of this current era.

Nothing about Franklin Delano Roosevelt’s American vision works anymore. It’s too big, too expensive, too overweening, too corrupt, and too obsolete to serve the needs of the country. But most of all, the Republican Party built to cope with the Democrats’ dominance of this era — a party comfortable with serving as the Washington Generals to the Democrats’ Harlem Globetrotters, a party resigned to retreating from one hill to the next as our culture crumbles, our economy descends into woke oligopoly, and our politics becomes a procession of ever-more-rancorous name-calling by the Left — must change.

It’s changing. The Republicans on the ballot this cycle, from J.D. Vance to Blake Masters to Kelly Tshibaka to Joe Kent to Kari Lake to Mayra Flores, are not subservient, submissive “prudent” Bush disciples. They’re tigers. They’re as fed up as regular Americans are, and they’re eager to take on the tough task of reviving America as founded.

The Democrat response to this rising tide of America First MAGA revivalists is to caterwaul about the “death of democracy.” But what’s really at stake isn’t democracy at all; it’s this failed, decrepit, and corrupted political status quo they’ve dominated for far too long, broken only in short intervals by Ronald Reagan and Donald Trump and the Newt Gingrich congressional majority.

Their definition of democracy needs to die. The domination of America by the bureaucratic tyranny emanating from Washington must die. The name-calling politics where every departure from woke leftism and its attendant insanities is decried as bigotry has to die. The endless wars must end. The globalist encroachment of our sovereignty and creeping Chinese influence cannot continue. Cultural Marxist anti-Americanism and anti-Christianity must be banished to the status of regrettable fads along with pet rocks and Milli Vanilli.

And with 10.7 million jobs unfilled in this country, the “end of welfare as we know it” must happen in reality, and must become more than a meaningless sound bite.

Our status quo in culture, politics, and economics don’t work in America. It must be rebuilt. Vote Republican today not just to halt the destruction that Team Biden (or Team Obama, if you prefer) is wreaking across America, but to begin opening the door for an entirely new American era in which we slough off the baggage of the third era and walk toward the sunny fields of the fourth.