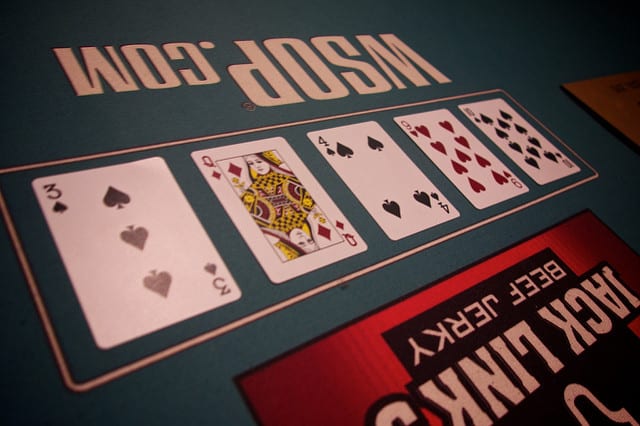 Before you try to pull off a bluff, you must consider a few factors about yourself and your opponents. Careful consideration of these situations will boost your chances of being successful in trying to pull the rug out from under your tablemates.

For one, you must consider your reputation. Do people perceive you as loose or tight? Have you been caught bluffing recently? You must also think about who you are trying to bluff. Is this a player who will lay down a hand or is he unbluffable, essentially playing table “sheriff” and calling down bets at every opportunity? Let’s look at some situations in which these considerations were put into practice.

In the first example, I held J-Q in the big blind and was playing a $1-2 no limit Texas Hold’em game at Foxwoods Casino Resort in Connecticut when it was checked around to me. The flop came 9-2-2. After I checked my blanks, a solid player bet $8 from middle position and the other three players folded. Rather than muck, I decided this was time for a bluff. I didn’t think the guy had a 2 because unless he had 2-2 or perhaps A-2 suited he likely wouldn’t have hit trips or better on this flop. (And if he had hit quads I really doubt he would have bet the flop, hoping either that someone else bet or caught a hand on the turn with which to call one of his bets.)

I knew the guy was observant and had seen me play solid hands so I figured I could represent a 2 on the turn and get him to fold. Sure enough, a small card fell on the turn, he bet when I checked to him and folded when I check raised.

Note that a check raise bluff is more expensive if it fails, but it tends to work more often than not because people often believe you have a strong hand when you check raise them. My play in this situation was certainly risky because my opponent could have checked the turn and it would have been cheaper for him to just call a river bet if I attempted a bluff in that spot. Probably he was betting a marginal hand like 7-7 to avoid letting me see the river for free and it worked out for me.

In example two, I was bluffed off the winning hand in a local $1-$2 blinds no limit hold’em game here in Alabama. Phillip, a player capable of mixing it up by betting both strong and weak hands, raised to $15 from early position and I called with a K-Q suited on the button. The flop was K-3-4. Phillip checked and I bet $25. He surprised me with a check raise of about $150 more. I had to think about that one for a couple of minutes and finally decided to fold. I couldn’t get it out of my head that he held A-A or A-K, both of which had me dominated. Phillip showed his Q-Q to me. Undoubtedly, Phillip considered before making his bet that I was capable of laying down a good, but not great, hand here, which allowed his bluff to work. It also doesn’t hurt to have a little firepower, i.e. chips, behind the bluff.

Both of these examples demonstrate how important it is to consider both who you are trying to bluff, as well as your own reputation before trying to take down a pot with the worst hand. I’d advise you not to bluff too liberally, but you will need to make the play occasionally to mix up your game. Before trying to steal a pot, think about the factors I cited and the chances of your play working should increase.