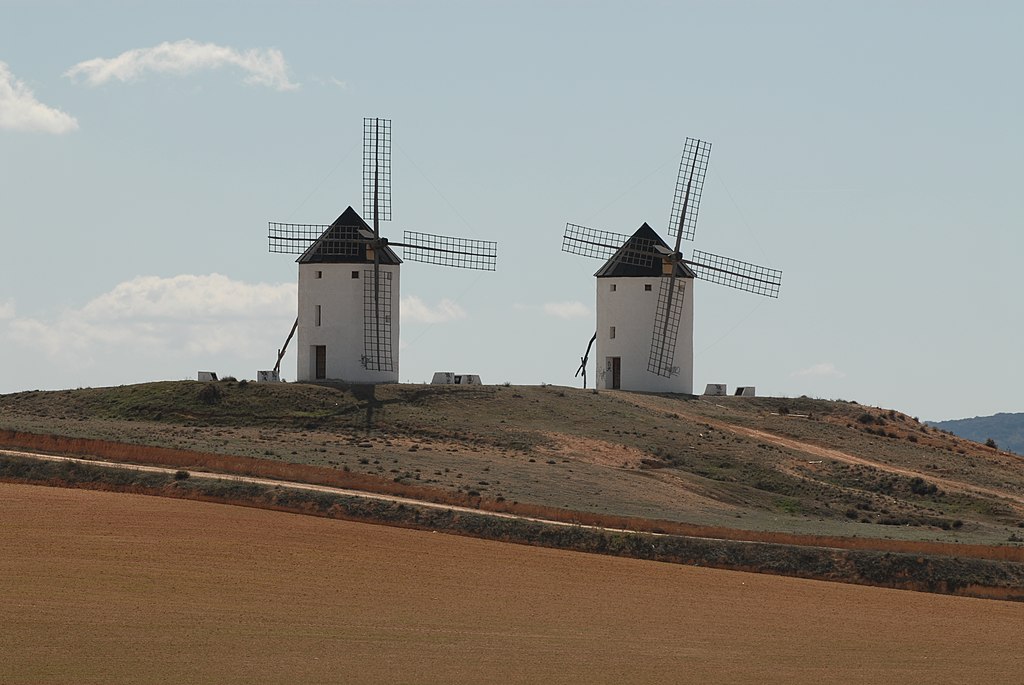 In 1605, the Spanish author Miguel de Cervantes published the adventure tale, Don Quixote, a foundational work of world literature that went viral, and by 1617 was available in English translation. The comedic tale follows a nobleman, one Alonso Quixano whose obsession with chivalric literature drives him to revive the tradition of the knight in his quest to serve his country. Renaming himself Don Quixote, Alonso Quixano takes the imagined and translates it into real life. And in doing so, sets out to serve and protect. Yet, in his confusion, Don Quixote mistakes a derelict inn for a castle, prostitutes for chaste maidens, and colossal windmills for dangerous giants, which he believes he must destroy. And even though his sidekick Sancho Panza explains that they are mere windmills, the eponymous Don Quixote does not believe him and continues his senseless combat.

Readers of the novel to do not laugh with Don Quixote, but rather at him. Unlike the title character, readers are acutely aware that Don Quixote, who is committed to enacting the imagined into real life, has in turn, lost complete touch with reality. Indeed, so famous are scenes of his clashes with these imagined giants, that from this novel grew the popular expression, “tilting at windmills.” A direct allusion to the S character and his relentless quest to defeat the giant windmills, to tilt at windmills means to either attack imaginary or perceive imaginary enemies.

In an attempt to understand an author’s intent, readers often tinker with a time-machine, an imagined exploration into the mind of the author and his epoch. Though we will never truly inhabit the mind of Cervantes, countless articles, dissertations, and books search for the meaning of this enchanting work. All in all, many arrive at the conclusion that the Spanish author was undermining the chivalric literary tradition, one which Cervantes found to be empty and vain. In this sense, Don Quixote is the apotheosis of a meta-book, a book about books. Indeed, the sequel, published ten years after the original novel in 1615, is entirely anachronistic, written as if by a post-modernist: major characters are acutely self-aware that they are being written about.

But for the general population, i.e., the average reader, who is unfettered by genre and literary traditions, Don Quixote might hold an entirely different meaning, one in which morality and ethics guide perceptions of ourselves and the world at large. Among Cervantes’ contemporaries, the novel was considered funny, but over time, it has come to symbolize a most serious work of literature, one in which the theme of an individual’s purpose in life surfaces to reveal the dangers of moral confusion.

Although a cliché, man’s life is a search for purpose. Viktor Frankl’s wildly popular book, Man’s Search for Meaning (1946), reminds us of this. Frankl, who quotes Friedrich Nietzsche, “Those who have a ‘why’ to live, can bear with almost any ‘how,’” concludes: “Woe to him who saw no more sense in his life, no aim, no purpose, and therefore no point in carrying on.”

Man is hardwired to find purpose in life. Many find it in religion and in G-d, others in science and medicine, others still in the natural world; but only eighty years after Nietzsche himself declared G-d to be dead came other forms of “why to live”: socialism, communism, fascism, feminism, environmentalism, and so on. It is only natural: man yearns for meaning and in meaning locates his purpose. Don Quixote was not merely re-enacting a literary tradition, but locating his purpose in life. He was wrong of course, and for that he paid with laughs and mockery.

But, what of us and the windmills we tilt at? Can we also be wrong? Do we mistake windmills for giants? And if so, what are our giants? Finally, what will be the price we pay for misconception?

The term social justice warrior (SJW) has become a source of ridicule among certain elements of society, but for social justice warriors themselves, the evils they fight are no joke: from climate justice to reproductive rights, capitalism, white supremacy, and gender binary classifications, SJWs believe that if society could overthrow systems of oppression, namely those in power, a new world order would set in, one that that would hyper correct for the historic injustices suffered by women, people of color, the LGBTQ+ communities, and other representatives of a persecuted minority. The battlefield is fought in courts, universities, and K-12 classrooms, and most certainly, on social media.

Peruse with me, then, some of the prominent windmills at which we tilt:

“My name is Mme Seddon,” reads a recent Instagram post from Latin Academy Boston. “I am an unafraid educator. I work with and for undocumented students and families.” The teachers hold up a sign proudly proclaiming themselves to be “unafraid warriors” in the war against the xenophobia.

Here, a preschool teacher proudly proclaims that her students, ages 4-5, are learning about gender, skin color, and consent. The clip concludes with the teacher congratulating herself for successfully imparting onto her students that there are many genders. Or, as has been discussed by Bari Weiss both in her newsletter, “Common Sense with Bari Weiss,” and on her podcast, “Honestly,” the recent phenomenon of medical schools and nonprofit medical organizations advocating for the use of gender pronouns. The war on gender norms is not only being fought in classrooms and medical schools, but can also be found in the trenches of smartphones: “two emojis, a pregnant man and a gender-neutral pregnant person, were approved by the Unicode Consortium and will be included in the next emoji release.”

Women’s rights movements exploded in 2016 with the election of President Donald Trump. From the global Women’s March to the #MeToo movement, our tutelary warriors are on a quest to fight “toxic masculinity,” with the fort being by medical professionals!

And in the midst of a worldwide pandemic, America saw the revival of a civil rights movement, Black Lives Matter, which called to “defund the police” and, among other things, eradicate the family unit. These windmills, namely the police and the nuclear family, were to be relentlessly opposed, fought on all levels, and at all times.

While we have been fighting the police, white fragility, the American flag, gender binary classifications, xenophobia, and systemic racism, a terrible evil has resurfaced to remind us that maybe, just maybe we have been caught up in the wrong battles and our giants are mere windmills.

The reminder comes some 7,400 miles away, in a country wedged between Iran, Pakistan, and not too far from China: Afghanistan. We cannot escape the news cycle: the return of the Taliban and its draconian laws. We have been somewhat forgetful. Twenty years after 9/11, we are now reminded that out there are people who believe that stoning a woman to death is moral, public executions are just, and shutting down free press is a form of national rehabilitation.

So how can it be that the very same people who are holding down the fort against systemic racism, cisgender, toxic masculinity, nationalism, and xenophobia are so harrowingly silent in the face of these colossal evils? Where are the women’s rights advocates, the UN Secretary General, Human Rights Watch?

“God help us,” Sancho Panza implores Don Quixote. “Didn’t I tell you to watch what you were doing; that they were just windmills, and that only a person who had windmills in his head could fail to realize it?” “Keep still, Sancho, my friend,” responds Don Quixote as he falls off his horse.

This episode could well have been written about the Biden Administration’s decision to completely withdraw from Afghanistan. In one of the first press releases, Secretary of State Antony Blinken waved his index finger in warning, reminding the Taliban that America is watching, urging for a peaceful transition and for the new government to “practice inclusivity and diversity.” That’s right, inclusivity and diversity.

“God help us,” I implore. “Didn’t I tell you to watch what you are doing!? This is the Taliban, after all, not American idealism! Only a person who has windmills in his head could fail to realize it!”

For us, I am afraid, the fall is far greater than from a horse.