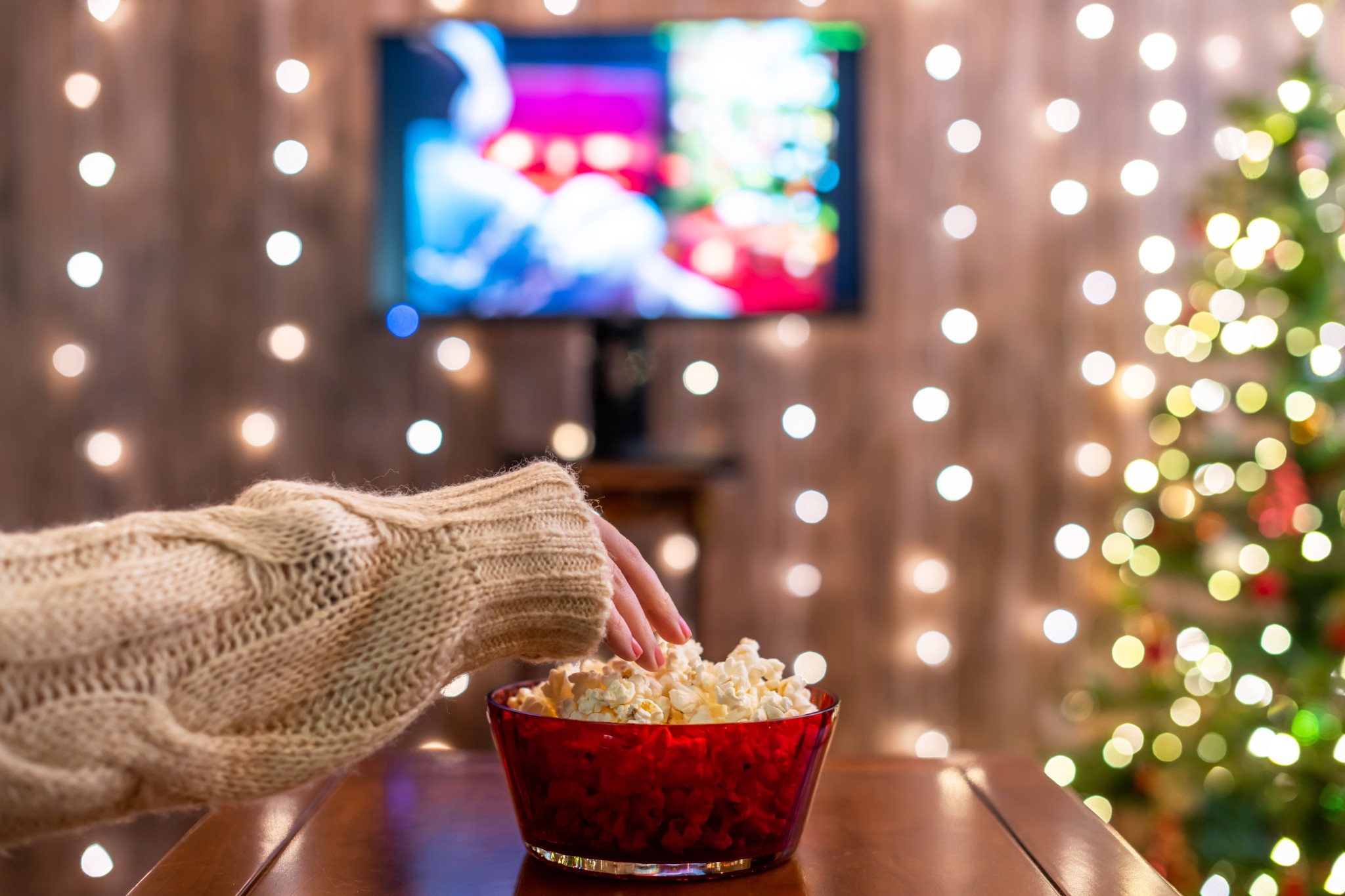 “Oh, Christmas isn’t just a day, it’s a frame of mind,” Kris Kringle (Edmund Gwenn) tells the second-grader Susan Walker (Natalie Wood) in the perennial holiday classic Miracle on 34th Street (1947). Sometimes, we get too caught up in our own lives and particular worries and lose sight of the greater world around us. Christmas is a reminder that we are not alone and that miracles both big and small happen every day if we are willing to let go of cynicism and embrace faith.

Every fall, Hollywood, along with Amazon Prime, Netflix, etc., does a terrific job of reminding us of the importance of getting into the Christmas spirit by not only producing a new crop of holiday-themed productions, but also by streaming films from Christmases past. I have selected three Christmas films that touched me emotionally and helped renew my optimism.

The Christmas Train (2017), which is based on David Baldacci’s 2002 novel, is different from the usual holiday fare in that it blends the genres of mystery, romance, and comedy to create an intriguing and uplifting story about strangers who come together on a Christmas season train journey from Washington, D.C., to Los Angeles. The primary character, Tom Langdon (Dermot Mulroney), is a former war correspondent who has been relegated to writing consumer product articles and has embarked on the train voyage because he wants to write an article about his experience.

Tom is also on a personal journey of sorts. In addition to his disappointment about his career trajectory, he is also involved in a long-distance relationship with Los Angeles–based Leila (Holly Elissa), a former actress who is now earning her living doing voiceover work for children’s cartoon programming. Tom is not fully committed to Leila because he never got over the loss of his true love, Eleanor “Ellie” Carter (Kimberly Williams-Paisley), a fellow war correspondent.

As fate would have it, Eleanor is also traveling on the Christmas train as a scriptwriter with movie director Max Powers (Danny Glover). Glover persuades Tom and Eleanor to work together to doctor a script for an upcoming film and, of course, by working together, old passions and resentments are rekindled. The Christmas Train is very much an ensemble film featuring a marvelous cast that also includes the always wonderful Joan Cusack. It also has multiple storylines, including the presence of a mysterious thief. The Christmas Train is a film where nothing is what it seems, yet its ultimate message is hopeful and faith-affirming.

A Christmas Wish is the story of Martha Evans (Kristy Swanson), a woman whose husband abandons her and takes all their money, leaving her homeless along with her two daughters and stepson. Martha travels with the children to a small town, where she finds inexpensive lodging and employment as a waitress at a diner. The plot concerns how Martha rebuilds her life and establishes a place for herself and her children in the local community. It is the quintessential story of someone who has lost everything but finds hope and the possibility of a new future through the proverbial kindness of strangers. The underrated Swanson delivers a very touching performance that will tug at your heartstrings. The supporting cast, which includes Tess Harper and Edward Herrman, is also top-notch.

The Christmas Shoes is the story of how two families’ lives intersect. Robert Layton (Rob Lowe) is an attorney frustrated with his job and lifestyle. He wants to be managing more high-profile cases for affluent clients as opposed to representing local fishermen. He also wants to live in a larger house in a wealthier neighborhood and is pressuring his wife, Kate (Maria del Mar), to go back to work in a job that doesn’t interest her so that the family can better afford the larger house. Moreover, Robert spends most of his time working and frequently misses events involving his daughter Lily, including her choir performances. All of this is creating a wedge between him and Kate, who is beginning to believe that she and Robert no longer share the same value system.

The second story is about a little boy named Nathan Andrews (Max Morrow), whose mother Maggie (Kimberly Williams-Paisley) is dying of heart failure. The two families come together when Maggie, who is the choir leader at the school where both Lily and Nathan attend, is forced to resign from her volunteer position due to her declining health. At this juncture, Kate, who majored in music in college, takes over the choir, much to the chagrin of Robert, who believes that she is wasting her time volunteering. At the same time, Nathan, who is aware that his mother is dying, wants to buy her a pair of shoes to wear in heaven and starts collecting cans to raise the money to purchase the shoes. The shoes serve as the catalyst for an encounter between Robert and Nathan that changes Robert’s perspective. He realizes what he has been missing by distancing himself from his family. I just watched The Christmas Shoes again last week for the first time in about a decade and was once again blown away by the story and its redemptive message, as well as the first-rate performances by the principals.

Hollywood continues to produce Christmas movies because we are all seeking confirmation that our lives have value and that faith will sustain us throughout our journey. And while that much-coveted affirmation may not be obvious, it is still there. We just need to know where to look. We continue to watch Christmas movies because they remind us that we are part of a community where we never walk alone.

Leonora Cravotta
Follow Their Stories:
View More
Leonora Cravotta is Director of Operations with The American Spectator, a position she previously held at The American Conservative. She also co-hosts a show on Red State Talk Radio. She previously held marketing positions with JPMorgan Chase and TD Bank. Leonora received a BA in English/French from Denison University, an MA in English from the University of Kentucky, and an MBA in Marketing from Fordham University. She writes about literature and popular culture.
Most Popular
1
In Memoriam
George Neumayr, RIP
by Wlady Pleszczynski