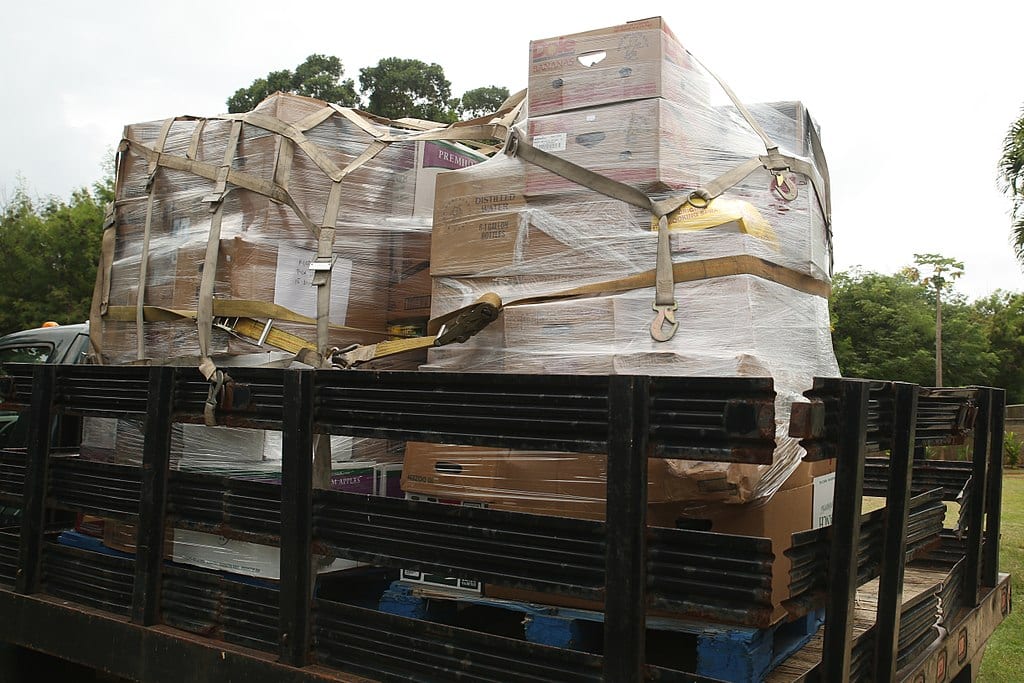 A friend called and he sounded dejected. He had just done something he’d never done before — he went to a food pantry.

My friend is on disability and lives in a subsidized studio apartment. He pays rent, and has the usual bills. But before his next check arrived, he ran out of money, then he ran out of food. A church a block away from his building operates a food pantry, so he walked over.

It was large, and busy. Volunteers were helping the guests find what they were looking for. Another volunteer stood at the door. She welcomed my friend, introduced herself, asked his name, and got him talk a little about himself. Then she grabbed some bags and showed him around. She urged him not to limit himself to what he needed, but also take what he wanted. He shied away from some of the pricier items, but she insisted. And by chance he arrived on one of the rare days the pantry had fresh fruit and vegetables.

He carried bulging bags home. By the time he entered his apartment, his hands ached from the weight of the groceries, which included a five-pound canned ham. He was genuinely moved by the friendliness of the volunteer who tried to take the sting out of his situation.

To cheer him up a little more, I admitted that I had gone to a food pantry, too. Two years ago I had spinal surgery. Between recovery and physical therapy, I was in the hospital for almost three months. For someone who is self-employed, that’s a long time to go without making any money. I got home to find the power off and compost heaps in my freezer and refrigerator. To operate my desktop computer and get back in business, I had to get the power turned on. But I had no money.

The social services department in my town will pay your electric bill once a year, so I went there. The director listened to my story and assured me the town would make a payment. Then she picked up the phone to tell the electric company that the town was settling the outstanding bill for me. The customer service rep she spoke with promised my power would be on when I got home.

I was about to leave when the director stopped me. “You have to restock your kitchen,” she said. “Let me show you our food pantry.” It was well-stocked with quality items, all donated by residents of the town. There were also cleaning and paper products, diapers, and a full wall of children’s toys, because children feel depravation, too. Like thee volunteer my friend met, the director made sure I left with bags filled with groceries. And she told me of a church in town that offered fresh produce at their food pantry.

A week later I stopped by the church, hoping to get some fruit and vegetables. A sign directed me to the church hall. There were rows of metal folding chairs where about a dozen men and women, some of them with children, sat, looking unhappy and impatient.

Facing them, sitting at a long table, were three elderly ladies and an elderly gentleman. I went up, said that had been referred by the social services director, and I would like to use their food pantry. The four volunteers glanced at each other, then one said to me, “But you don’t have an appointment!”

I replied that it had never occurred to me to ask if I needed one. One of the ladies opened up the appointment book and said there was an open slot in an hour and a half. I could wait with the others. I thanked her and said I’d go out for a walk.

Ninety minutes later I returned and once again was instructed to take a seat and wait for someone to escort me to the pantry. In time, a gentleman came and led me down a hall to the pantry. The door was open but we did not go inside. Instead he asked me take a seat on a pew that stood nearby. Again, I waited until a lady came to the door and invited me to come in. She and I were the only people in the place, while other clients were waiting in the church hall.

She handed me a plastic shopping bag. Taped to each shelving unit was an index card that read, “Take Only 1.” It made me uncomfortable, as if they suspected I or another client would ransack the place. I did pick up a few items, but there was no fresh produce, so I thanked her and headed for the door. She asked to wait while she called the escort. When he arrived he handed me a slip of paper the size of a fortune in a fortune cookie. On it was written a time and a date—two weeks hence — my appointment for my next visit.

Charity comes from the Latin word caritas, which actually means to love someone the way God loves us, completely and without a thought of being repaid. The church volunteer my friend met, the social services director who helped me, they displayed true, kind-hearted charity. I’m sure the volunteers at the church in my town probably have good intentions, but by setting these petty speed bumps of rules and policies they make people who need the pantry feel even more self-conscious than they did when they walked into that church hall. The volunteers had replaced charity with bureaucracy.