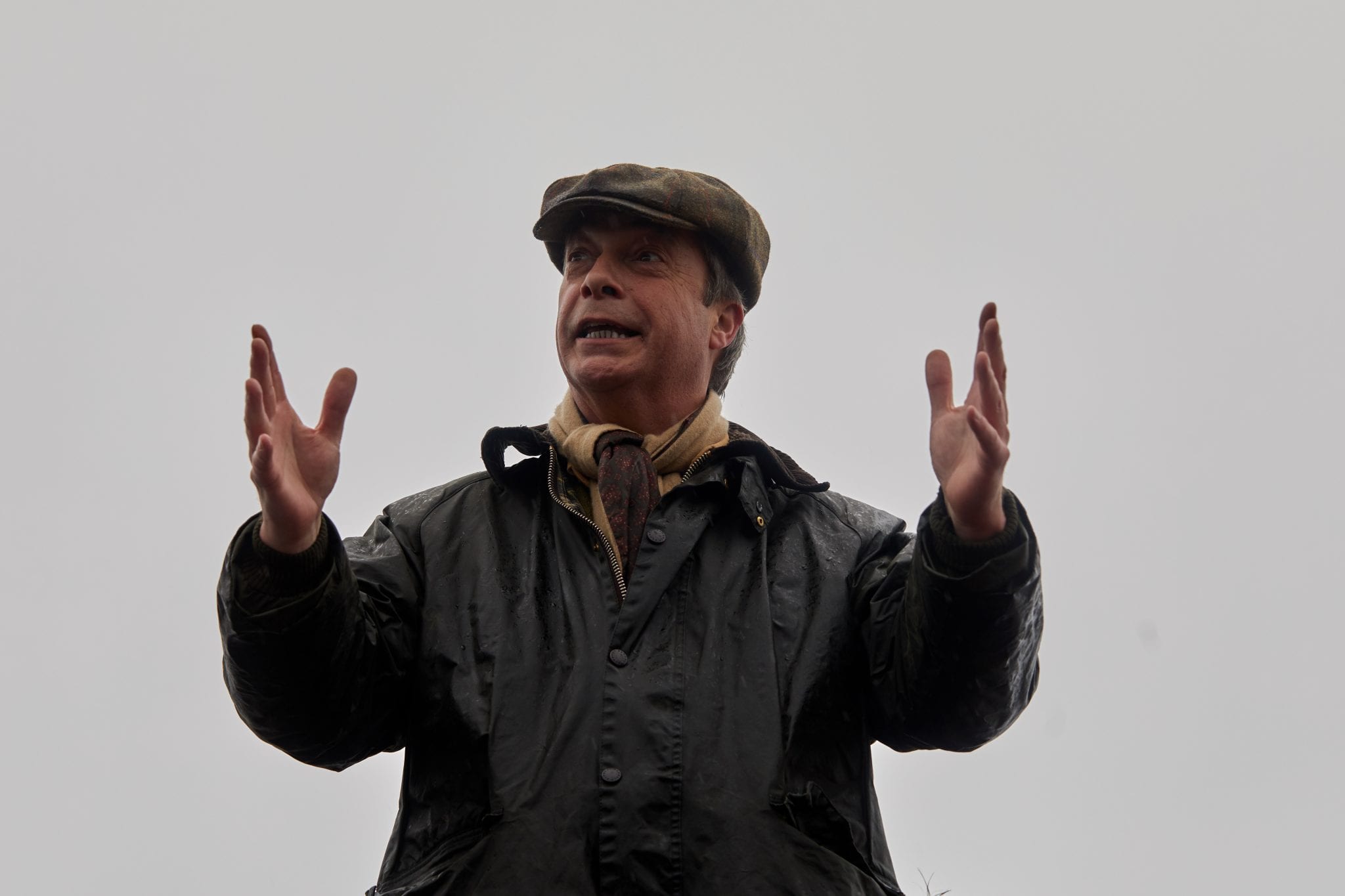 In one of those minor coincidences of history, May 23 is “red nose day” and election day in the European Union when voters in twenty-eight countries— including the United Kingdom — will choose the European Union’s next parliament.

Red Nose Day is when people wear clown noses to demonstrate against child poverty. UK Prime Minister Theresa May should wear a clown nose to her polling place in that election because she had promised that Brexit would be accomplished before the election.

Black holes are objects in space that have such powerful gravitational fields that nothing, not even light, can escape. Back here on earth “Brexit” has, because of May’s stubborn ineptitude, become a black hole that has swallowed the UK’s politics and from which it will not soon escape.

May succeeded former PM David Cameron after his “Conservative” side lost the 2016 public referendum on EU membership. (I use the quotation marks around “Conservatives” because they are an embarrassment to the name.) Cameron’s “Conservatives” campaigned to remain in the EU, but voters — by a 52%-48% — decided to leave the EU.

Since invoking in 2017 the provision in the EU treaty that spoke to the UK’s right to leave, May has made almost every possible mistake in handling Brexit. She let the EU’s negotiators set the agenda, given in to most of their demands, and made a deal with them that has — so far — been rejected three times by the UK Parliament.

The UK Parliament has also rejected every sensible and semi-sensible alternative to May’s deal, including breaking out of the EU without a deal. It has, effectively, abdicated its responsibility to May, who is incapable of performing it.

And now May wants to get a fourth vote on the same deal.

For the past six weeks, May has tried to enlist the support of the Labour Party, which is led by quasi-communist Jeremy Corbyn. Those talks fell apart because the few Conservative members of Parliament who deserve the label refuse Corbyn’s principal demand, which was a long-term customs union with the EU (effectively keeping the UK in the EU without policymaking influence) and refuse another public referendum on the deal after it is made because it would negate the results of the 2016 referendum.

May and her allies have conducted a fear campaign to convince UK voters of the danger of leaving the EU. They’ve insisted that a virtual crash of the UK’s economy will occur if it leaves the EU without May’s deal, which is far too favorable to the EU. The UK’s exit from the EU was supposed to take place in March. Then it was postponed to April and then punted off until Halloween.

The only good news in this mess is that May, who has repeatedly refused to resign, has agreed to at least set a loose timetable for her resignation. Activists among the Conservative Party plan to force her resignation early next month.

For the UK, that cannot come too soon.

The UK’s EU membership was never a happy marriage. From the beginning, the UK has always thought the EU was untrustworthy and for good reason: the EU has been, in fits and starts, turning the UK into a vassal state rather than treating it as the independent power it had been since it emerged from the Middle Ages.

In 1950, with World War II still vivid in people’s memories, the UK was debating membership in what was then the European Economic Community, the predecessor to the EU. That year Prime Minister Clement Attlee told Parliament his party was “not prepared to accept the principle that the most vital economic forces of this country should be handed over to an authority that is utterly undemocratic and is responsible to nobody.”

A decade later, PM Harold Macmillan sought UK membership in the EEC. But France, being French, blocked the UK’s accession until 1969 and the UK finally joined in 1972. It quickly became evident that Attlee was entirely correct in calling it an utterly undemocratic authority.

By 1975, that fact and other EU actions to further “federalize” Europe — i.e., to make the Brussels “government” more powerful over member states — roiled British politics. That year, a “stay or go” referendum was held in the UK and 67% of the UK voters voted to stay in the EU.

In her September 1988 “Bruges Speech,” Margaret Thatcher addressed the future of the EU. She said:

My first guiding principle is this: willing and active cooperation between independent sovereign states is the best way to build a successful European Community.

To try to suppress nationhood and concentrate power at the center of a European conglomerate would be highly damaging and would jeopardize the objectives we seek to achieve.

Europe will be stronger precisely because it has France as France, Spain as Spain, Britain as Britain, each with its own customs, traditions and identity. It would be folly to try to fit them into some sort of identikit European personality.

Thatcher’s warning was ignored by France and Germany, the principal movers of the EU. They have, through regulation and law, gradually asserted EU authority over all members, seeking “federalization” of the alliance. Those laws, for example, have prevented Britain from deporting terrorists and many aliens who support terrorism.

As a direct result of the EU ignoring Thatcher’s guiding principles, the Anti-Federalist League — an anti-EU party — was established in 1991 and became the UK Independence Party which was taken over by Nigel Farage in 1997.

Farage is the most interesting person in English-speaking politics. He has managed to gain strength in leading UKIP to growing election results since 2006. His single focus, taking the UK out of the EU, led him to quit UKIP and establish the Brexit Party this year.

Farage stands with President Trump on the importance of NATO and its members’ inadequate support of the alliance. He’s severely criticized the NATO “freeloaders,” as Trump has described those who don’t spend enough on defense to meet their obligation of mutual defense under the NATO Treaty.

Farage has a vision for a prosperous and powerful UK that his political rivals lack. Unfortunately, it’s highly unlikely he will ever become the UK’s prime minister. But he may prove to be the Barry Goldwater of the UK. If not for Goldwater’s 1964 campaign, Ronald Reagan might never have become our president. If the UK’s voters respond to Farage’s politics the same way, the UK may soon have a real conservative prime minister.

UK voters are reportedly fed up with the inability of May, the Conservative Party, and the Labour Party to get Brexit done. The polls indicate that they will deal both parties a decisive defeat in the EU parliament this week.

Where the UK goes from there is completely unclear. May is desperately hanging on to power. The sooner she is gone from the prime minister’s job the better, but the struggle to succeed her will absorb much of the time left until the Halloween deadline for Brexit.

It’s almost certain that May’s deal will go down to defeat again in June. The UK Parliament remains unable to otherwise come to grips with the growing crisis.

May’s successor — whether it’s former London mayor Boris Johnson or someone else — is unlikely to break the parliamentary logjam. Unless that successor, or the next or another who follows, succeeds in doing so, the UK will not escape the EU and the political black hole of Brexit.