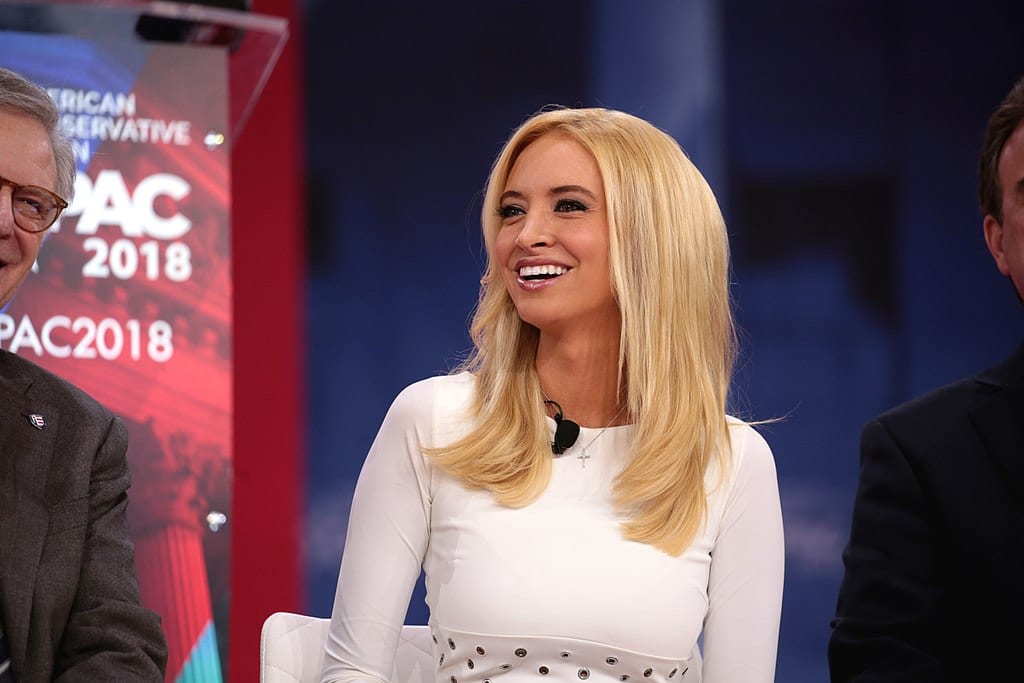 Let’s stipulate that to be the press secretary in the White House for any president is a challenge. But let’s be honest.

The fact of the matter is that the media cannot abide President Trump. Well aside from the fact that the media in general has always been unfriendly to Republican presidents, the self-evident fact here is that today’s media is infected with a serious, serious case of Trump Derangement Syndrome.

As Sean Hannity has said often enough, if Donald Trump cured cancer tomorrow and gave every American a million dollars he would still be assailed by the media.

This attitude is exactly what is to expect from the media as Kayleigh’s tenure behind the briefing podium begins. Indeed, the attacks and Washington parlor games leftist love to play have already begun.

Here’s a sampling of how it works.

Here is Vox’s Aaron Rupar acting appalled that in the early virus going Kayleigh said this: “We will not see diseases like the coronavirus come here.”

Hmmm. Where in the world would Kayleigh ever have gotten this wild idea? How about from here, as with this headline over at Newsmax:

Get a grippe, America. The flu is a much bigger threat than coronavirus, for now.

Then there is, but of course, the race card. What would the Leftist State Media be without racism?

Here is Vox’s Rupar again, saying this of Kayleigh:

Her history of shilling for Trump goes all the way to 2012, when she amplified the racist conspiracy theories about then-President Obama’s birth certificate that Trump rode to political prominence.

Not that this will make any difference (who cares about facts and history when the goal is to get Trump?) — and yes, I believe Obama was born in Hawaii — but the leftist myth of birtherism as “racist” is just more quite deliberate gaslighting. As noted years ago, as here in Reason and many other places, “birtherism” was an invention of Democratic Party activist Arthur Hinman — in 1880.

It was charged against the quite white GOP vice presidential nominee Chester Alan Arthur. Hinman made much of charging that candidate Arthur was illegitimate because he was born in Canada, not Vermont, as Arthur claimed. The charge of not being born in America has zero to do with race. Unless, of course, in the Obama era, it could be played as a race card by the Left, hoping that too many Americans would not know the long history of birtherism and its use against Republican — and all white — candidates ranging from Arthur in 1880 to Barry Goldwater (born in the territory, not the state, of Arizona) in 1964, Michigan GOP Gov. George Romney (born in Mexico to Mormon parents) and Sen. John McCain (born in the Panama Canal Zone.)

But history and facts are not the object here as the Leftist State Media turns its attention on discrediting Kayleigh. She will be treated precisely as other women in the Trump White House and administration have been treated. Kayleigh — like presidential aides Kellyanne Conway, Sarah Sanders, Stephanie Grisham, Education Secretary Betsy DeVos, and certainly Ivanka Trump and others — will be trashed. Trashed with made-up stories, rumors, smears, and more.

There will not be an unrelenting moment that she holds this job that she will not be in the crosshairs of a Trump-hating Leftist State Media.

For which there will be millions of Americans who will come to know — and appreciate — the thoughtful, energetic, enthusiastic woman of character I have come to know. The woman with degrees from Georgetown, Harvard Law, and Oxford who is a devoted wife and new mom.

In a year that has already been turned upside down, it is no small thing to realize that the unrelenting hostility that will come — is already coming — in Kayleigh’s direction from the Hate Trump media can in fact backfire on that very same media and destroy for good whatever shred of credibility the Leftist State Media has left.

So as she takes the White House podium to serve both the president and the country, three cheers for Kayleigh. And for all those other women who have been serving their country in the Trump White House and administration. And thanks.