Like an incantation at high mass, Democrats chant their claim that vote fraud does not exist.

“Vote fraud is almost incalculably rare in the United States,” according to gubernatorial candidate Stacey Abrams of Georgia.

“And make no mistake,” Chuck Schumer of New York declared on the Senate floor. “There has been no evidence of any significant or widespread voter fraud.”

“The Big Lie is just that,” President Joe Biden bellowed about crooked ballots. “A Big Lie!”

Election-integrity expert Catherine Engelbrecht offered the perfect rejoinder to this nonsense. True the Vote’s founder said: “You don’t need a whole lot of fraud. You just need a little, in the right places, over time.” 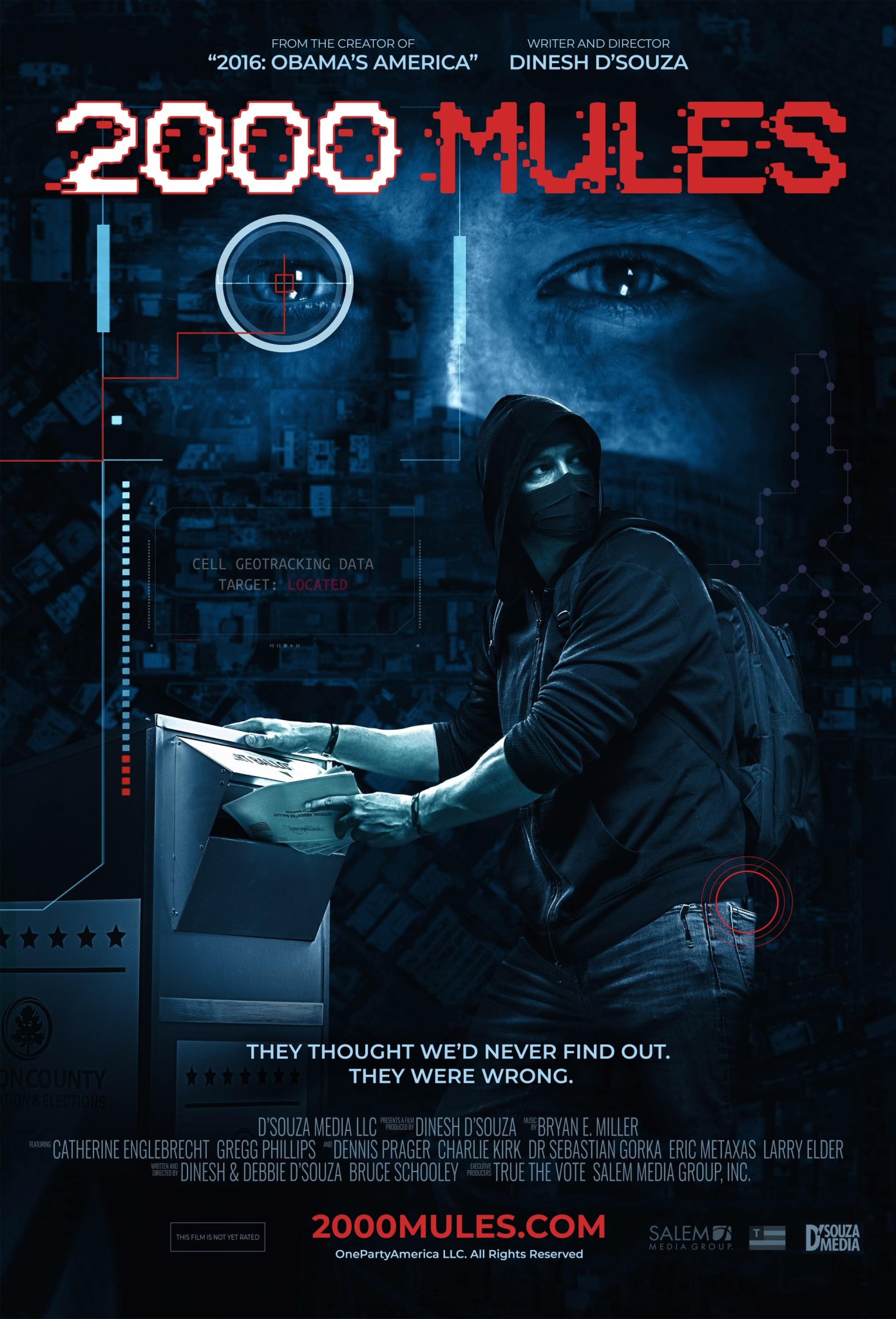 Engelbrecht’s observation comes vividly to life in 2,000 Mules, Dinesh D’Souza’s stylish, chilling, maddening new documentary, which opened this weekend on 400 screens across America. This motion picture provides enough hard evidence of vote fraud to pry open the eyes of Abrams, Schumer, Biden, and other Democrats — if only they were open-minded enough to watch it.

2,000 Mules is a compelling election-integrity whodunit. Visually reminiscent of Tony Scott’s thriller Enemy of the State, this film uses state-of-the-art technology to prove that the 2020 presidential election was stained, if not fully stolen, through the lowest-tech means: stuffed ballot boxes.

True the Vote researchers Engelbrecht and Gregg Phillips analyzed 10 trillion cell-phone geo-tracking signals captured during the closing weeks of the 2020 general election campaign. They focused on the commercially marketed “pings” from mobile phones whose owners interacted with ballot drop boxes in five swing states. Democrats demanded the broad deployment of these boxes during the COVID-19 emergency, due to the “dangers” of in-person voting.

These digital sleuths narrowed their search to people who approached 10 or more drop boxes and contemporaneously visited five or more pro-Biden nonprofits, which harvested absentee ballots and prepared them for distribution to drop boxes.

True the Vote then requested and acquired 4 million minutes of government-security-camera recordings of these drop boxes. It would take seven years and eight months to watch all these images at normal speed. 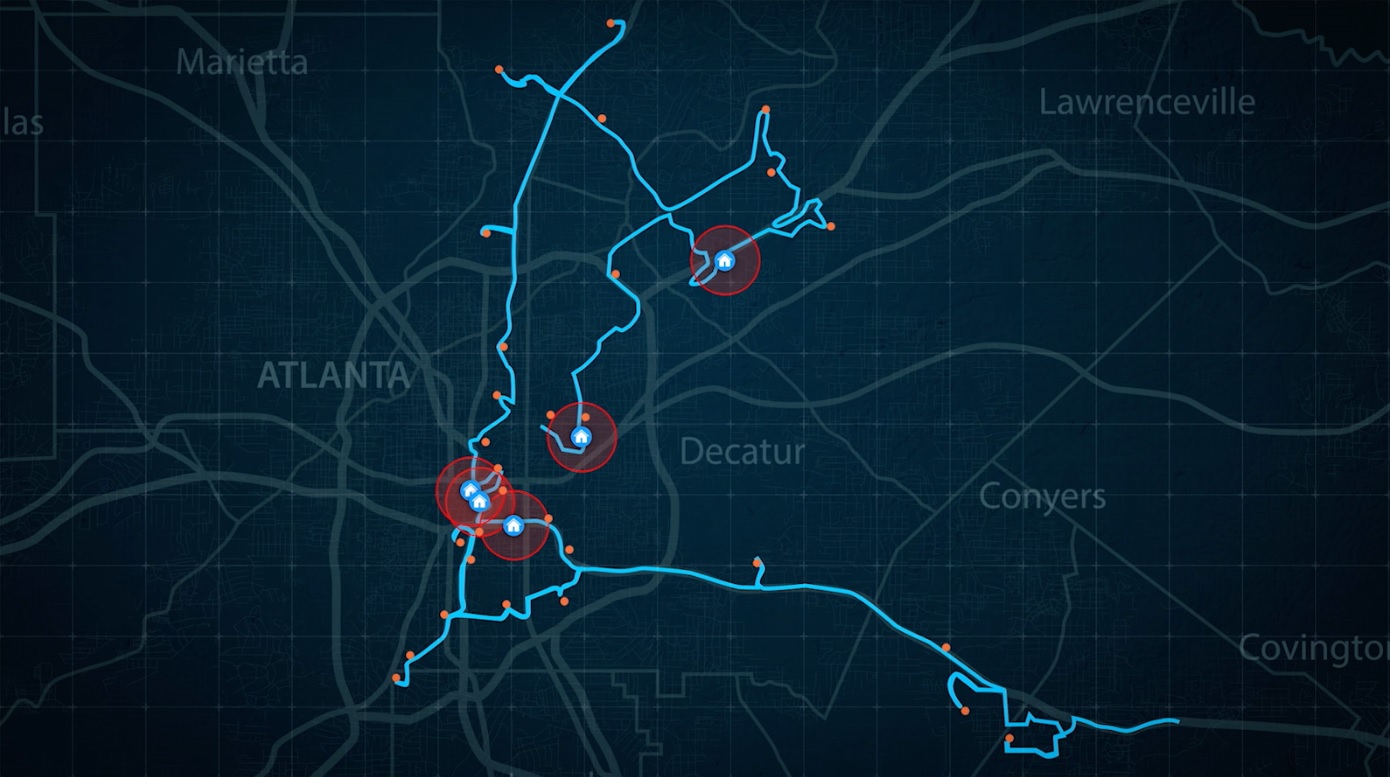 This map shows one mule’s path as he placed ballots into 28 Atlanta-area drop boxes in one 24-hour period (Photos: Screenshot from 2,000 Mules, courtesy of the producers).

This investigation’s results are staggering: This was not Johnny submitting Grandma’s ballot en route to high-school baseball practice. Instead, official, taxpayer-funded cameras captured one mule after another traveling from box to box to deposit successive fists full of ballots, often in the dead of night. One mule in Atlanta slid ballots into 28 different collection bins during one 24-hour period.

Most mules left just a few ballots in each box over several weeks, leaving eyebrows unraised. But in Gwinnett County, Georgia, 271 people visited one box on October 12, 2020. That day, 1,962 ballots were inserted — 10 times the normal number.

These mules were not just overzealous political operatives. Corrupt activist groups reportedly paid them per ballot delivered, which is universally illegal. The mules’ identities reveal that many have criminal records. Some were present during the George Floyd riots.

One Yuma County, Arizona-based mule, whose face the filmmakers obscured, considered stepping forward and coming clean. She said “the Mexican Mafia” — whom she accused of running the local vote-fraud effort — was not amused. “I offered, but they told me, ‘Don’t do it, because you’re going to end up in the trash and in pieces.'”

Perhaps this is what Biden meant when he said in fall 2020, “We have put together, I think, the most extensive and inclusive voter fraud organization in the history of American politics.”

So, was there enough fraud to change the presidential election’s outcome? A mere 42,844 votes sprinkled among three swing states clinched the White House for Biden. Shifting them elsewhere could have secured Trump a second term.

As D’Souza explains, True the Vote discovered that some 2,000 mules averaged 38 drop-box visits and — in each of these scenarios — left five illegal ballots per visit. This totals 380,000 fraudulent votes. Coming from heavily Democrat areas, these almost certainly were overwhelmingly pro-Biden ballots. 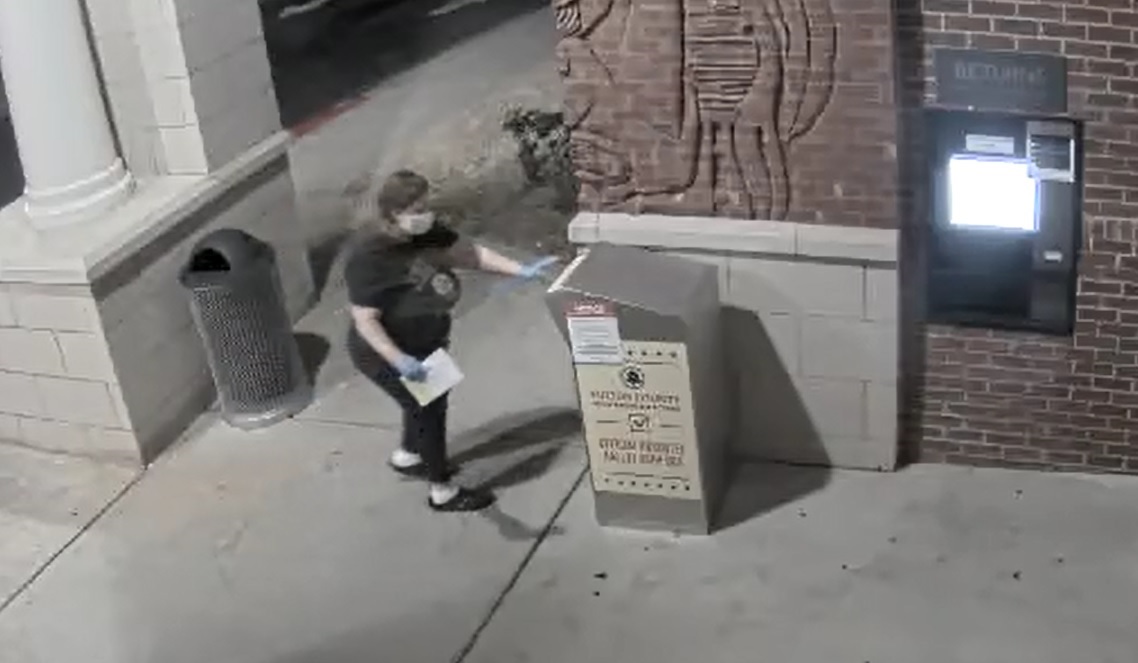 • In Georgia, 250 mules stopped at 24 boxes and inserted five ballots per encounter. Rejecting these 30,000 illegal votes would eliminate Biden’s victory margin of 11,779.

Undoing this evil would have removed these states from Biden’s total. The Electoral College count would have shifted to 259 for Biden and 279 for Trump. This would have earned DJT four more years.

“This was an organized effort to subvert a free and fair election,” said True the Vote’s Gregg Phillips. “This is organized crime.”

These criminals should be prosecuted at once. True the Vote has the cell-phone numbers of these fraudsters and rock-solid digital and video evidence of their rampant lawbreaking.

It should be easy to connect these phones with their owners. Prosecutors should ask True the Vote to share its findings, so that these political hoodlums can be thrown behind bars.

“They have ruined Election Day in the United States of America. That’s provable,” radio host Dennis Prager said after reviewing these disturbing facts. “And that’s enough for me to fight the Left with every fiber in my body.”

Dinesh D’Souza concluded: “Never in U.S. history has a presidential election been as thoroughly corrupted by coordinated fraud across multiple states as we now know took place in 2020.”

Please see 2,000 Mules and, henceforth, laugh derisively at Democrats who relentlessly lie that there is no such thing as vote fraud.

Deroy Murdock is a Manhattan-based Fox News Contributor, a contributing editor with National Review Online, and a senior fellow with the London Center for Policy Research.