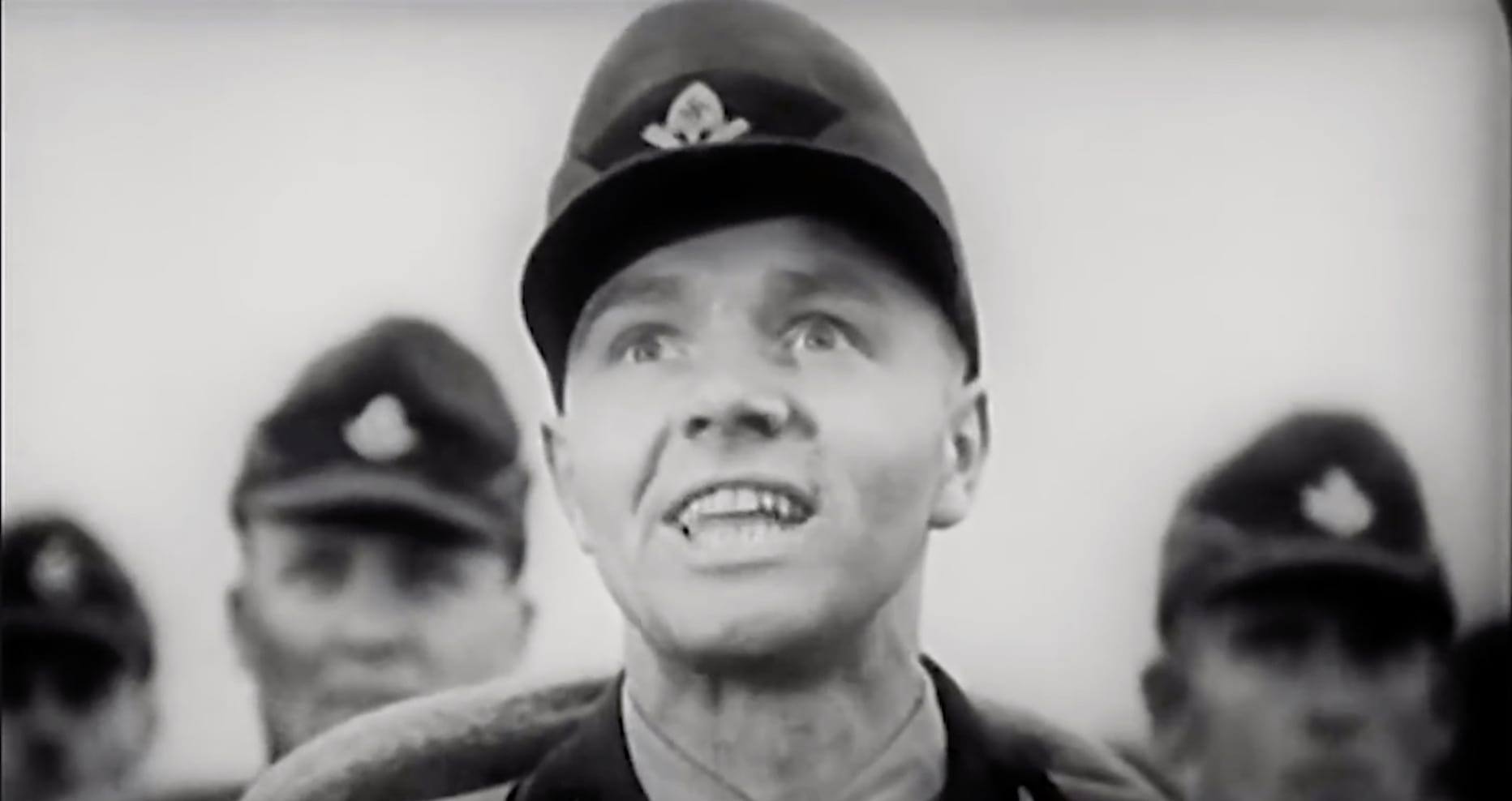 One of my duties as a teacher at a Jewish high school was to design and teach a course on the Holocaust. Of course, I had to teach about the horror, but that could not be all. I spent a part of the course acquainting the students with the magnificent courage of the few in Nazi Europe who risked their lives and their families in order to save Jews. And I also devoted time to teaching skills necessary to not being taken in by propaganda.

I began that part of the course by showing the technically astonishing film by Leni Riefenstahl entitled (in translation) Triumph of the Will, a documentary of the 1935 Nazi Party gathering in Nuremberg. The film is fascinating and horrifying in its masterful manipulation of emotion. It begins by invoking the history of German humiliation after their defeat in World War I and then contrasting that with the rebirth of German power and pride under Hitler. As it does so, it shows Hitler’s Ford tri-motor airplane descending through the clouds with a sparkling sun behind it, portraying the new leader as a messenger from heaven. On the ground, seen from above, the film shows ordered groups of men converging on the giant stadium where the great party rally is being held, all awaiting the great man descending from above.

Riefenstahl assembles powerful images, one after the other. One time, the film shows young man undergoing military training; at the next moment, it shows the soldiers at ease, playing. Then it shows a beefy cook dishing out a hearty meal to each soldier from the giant cauldron in his camp kitchen. Now the soldiers are shown relaxing, eating, joking, and singing. Eventually, after showing the military life as vibrant and happy, it returned to the speeches at the party rally, with nighttime scenes of the tens of thousands in the giant field, torches and bonfires lending all a mythic quality, and over all, the adulation paid the great leader and his words.

After giving a chance for the students to feel the dark power of the film, I would stop the film on specific images. I’d ask, “Look at this image. What does the director want you to feel?”

After a full class of this, I assigned homework. They were to bring a notebook and a pen to the TV that night and to report back on at least five images they saw during the commercial breaks: describe the image and say what the director was trying to make you feel.

Why commercials? Because there the art of persuasion has been honed and refined to perfection. The masters of advertising wish to get past the rational mind and its natural skepticism, its need to deliberate before acting. Those who pay the advertisers want them to get to commitment swiftly, and to do that, the mind must be bypassed and the message sent straight to the heart. So too the propagandist. The thinking mind and its rational processes must be avoided in order to swiftly awaken the powerful emotions of commitment to the cause. Just try this exercise on the political ads already filling our screens. Try it together with your family.

I would usually end this section of the course by showing a documentary of a French village of 5,000 souls in an isolated rural area in France who saved about 5,000 Jews. With the exception of a just a few, these people were simple farmers. Yet they rose to the occasion: when most of urbane Europe looked the other way, these simple people were the ones to save Jews, and not the intellectual elite. Being sophisticated is not necessarily being critical and free, especially when it comes to moral issues.

The blizzard of rhetoric spewed from the impeachment proceedings highlights how much we need a discerning mind, how much we need our children to grow up and learn the difference between real thought and propaganda.

“Nature and nature’s God” is the source of our ability to think critically and the source of our liberty — not a self-appointed intellectual class. Choose the awake and critical mind of the French peasants who defied the SS and not the uneasy moral slumber of the uncritical fanatics of the latest intellectual fashions. If we keep our mind turned off, our liberty will sooner or later be shut off as well. At the long end of that path lies the darkness of the gulag and the flames of the crematoria of Birkenau.

Rise above the manipulation, and pull your children above it as well. Teach how manipulation works and how to be aware of it and think freely, especially on the great moral issues. Start in your home. Use the election ads as an ongoing exercise.

Then move from your home outward. Be a force in your child’s school and school board. Look beyond to the entire political scene. Be involved. It isn’t yet too late, but there is no time to spare.