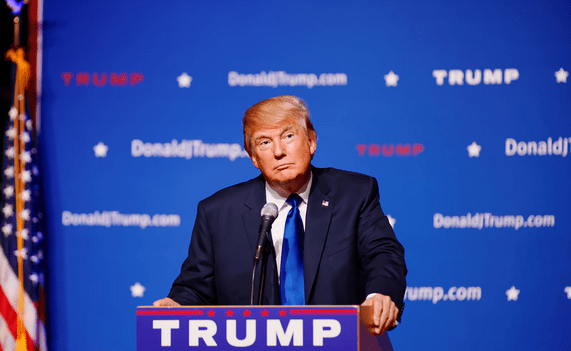 It’s a little late among books about the 2016 election but this week I published my short book “A Time Like No Other: One American’s Journey Through The 2016 Election And After.”

There’s been an endless series of articles, essays, books, and research about the 2016 election. However I felt even now there’s still been a lot of misunderstanding and omission in the discourse, particularly regarding what really fueled then-candidate Donald Trump’s rise and why his ascendance flabbergasted the chattering class at nearly every turn.

Even now we still see the half of the nation that voted for, or has a favorable opinion of, now-President Trump misunderstood and vilified. The 2016 election, in which up until the results Hillary Clinton was predicted by the Huffington Post polls aggregator to have a 98% chance of winning, shook many out of their daze. A good number of those who previously dismissed Trump supporters have now begun trying to reach out to conservatives or make expeditions out of the cosmopolitan centers and into the American heartland, but there still remains a big gulf.

I served as a Trump campaign official in Virginia during the tumultuous 2016 general election. During that time I also was elected at a fiercely divided Virginia state convention, as Cruz and Trump supporters battled it out in anticipation over a contested RNC convention, as one of our two statewide Electoral College nominees, using the bully pulpit to promote our Republican ticket.

Prior to that, I served on Ohio Governor John Kasich’s campaign staff in Virginia from September 2015 to when he dropped out in May 2016. From these roles I was able to get an in-depth view, both above and on the ground, of the 2016 presidential primaries and general election.

The 2015 presidential primaries and 2016 election saw much of this misunderstanding at an even greater level than now. As I discuss in the short book, many simply didn’t believe Trump supporters actually existed, and even now some explain Trump’s wins with potentially Russian hacking of voting machines. Many others dismissed them as unworthy of consideration, a twisted view that divided our politically egalitarian country into an “elite” and the “masses” or “people.”

Yet the fact was, in having experienced firsthand the turbulence of the 2016 primaries and general election day-by-day, was that the bulk of the support behind then-candidate Trump was a deeply felt need to restore our country from the direction it had seemingly been tilting in recent years.

Though now our nation’s policy achievements are winning widespread favorability, and creating massive prosperity, innovation, and optimism, the years prior to 2016 were the precise opposite.

The 2012 election itself was held in a depressed environment, with a mix of the sluggish recovery and the disturbances created by Occupy Wall Street shaking the nation.

The years between 2012 and 2015 only saw much of it worsen. Our nation drifted towards hyperpolarization never before seen, with the rhetoric on both sides increasing harshly.

The constitution increasingly seemed mere paper rather than law. Our nation internationally had become a paper tiger, allowing bad actors to run amok.

Even in our own country, we saw venerable institutions ranging from the military to law enforcement to the Founding Fathers to the very nature of our country itself all become the target of hatred by a new extreme left faction.

The Democrats had also drifted far from their party’s nature throughout most of the 20th century and even during President Bill Clinton’s centrist leadership. Rather, the Blue Dogs had gone extinct and the radical left was beginning to seep in – with rhetoric ranging from attacking God openly to denouncing the entire capitalist system. Many “Reagan Democrats” had already been leaving over the years, but now the flow became torrential and complete.

It was amid this environment that Trump captured the pulse of the American people and rode it to the Presidency, deflecting in Teflon-fashion countless other gaffes and mishaps that would have sunk traditional candidates long ago.

My short book is brief, but it is my honest recollection and analysis of that extraordinary time in American history that, despite all the writing about it, clearly has still not been understood by our national discourse. I hope it someday can be, particularly as we face extraordinary upcoming policy challenges in the foreign policy and economic field this next decade.

I hope you will enjoy it and perhaps it will do a small part in pushing our nation back on track.