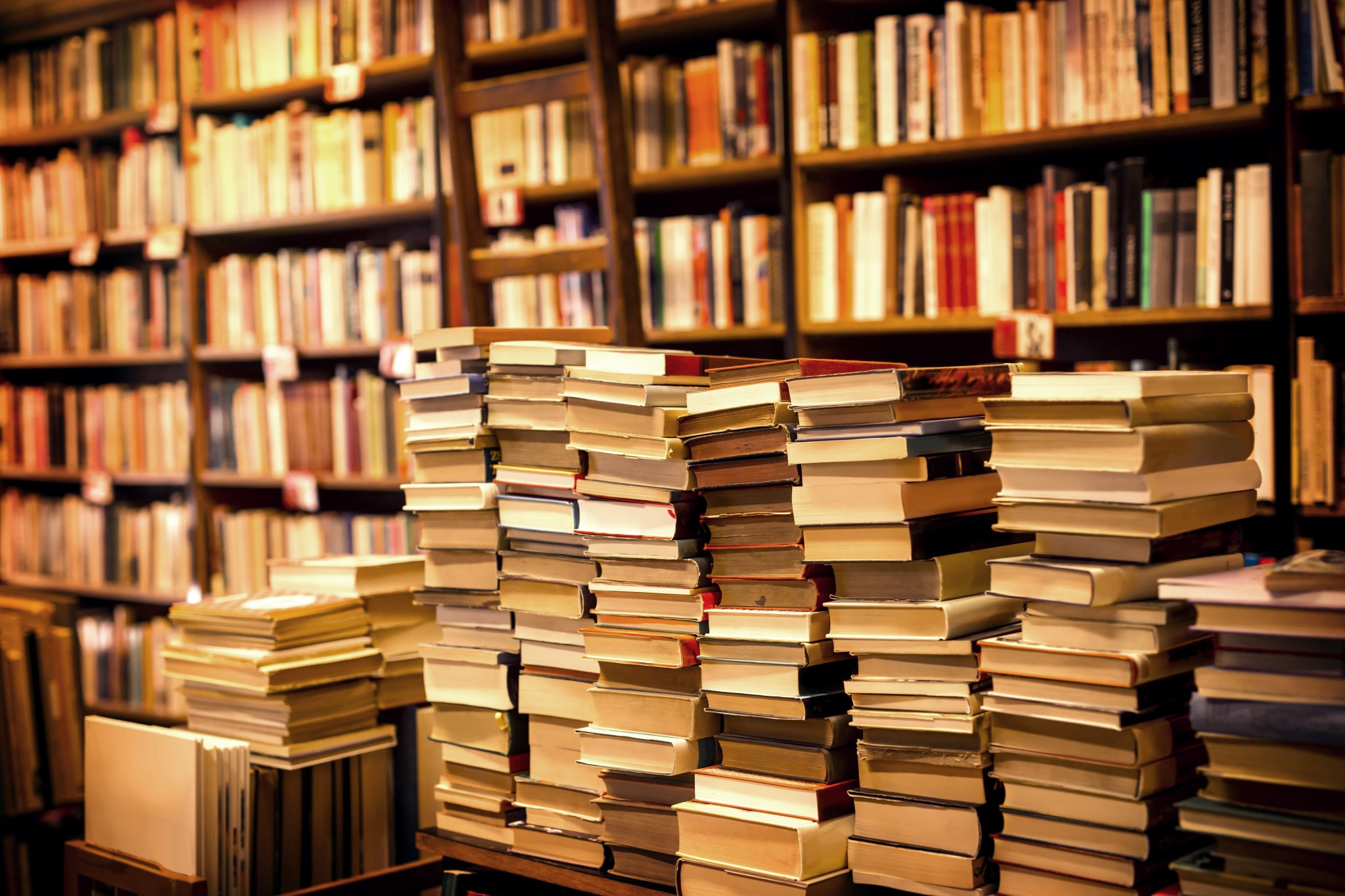 Portable Magic: A History of Books and Their Readers

We are what we read. Such is the central claim of Emma Smith’s new book, Portable Magic: A History of Books and Their Readers.  The book takes its title from the author Stephen King’s memoir  On Writing where he describes books as “a uniquely portable magic.” Smith asserts that “we are all made up of the books we have loved and, more, of the books we have owned, gifted, studied, revered, lived by, lost, thrown aside, dusted, argued over, learned by heart, borrowed and never returned, failed to finish and used as doorstops or to raise a computer monitor.” 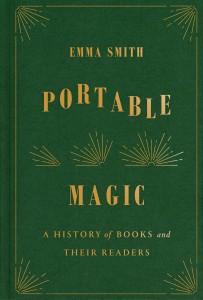 Smith, a professor at the University of Oxford who has written several books on Shakespeare, delivers a history of the book as both an agent of education, entertainment, and indoctrination but also as a meaningful, physical object. The author maintains that readers have unique symbiotic relationships with books that bear witness physically and psychologically. Books reflect the behaviors of their readers with dog-eared pages, notes, unique bookmarks, and beverage stains. Readers also experience visceral connections with specific books often due to memories associated with their first exposure to the work.

I especially enjoyed Chapter 3, “Christmas, gift books and abolition,” which provides a history of the critical role the book plays in Christmas gift-giving. The Christmas gift book is believed to have been initiated in 1822 when Rudolph Ackermann, an Anglo-German publisher, created the Forget-Me-Not, a pocket-sized book with decorative illustrations that would later evolve into the larger more elaborate annual Keepsake book with a Morocco leather cover, engravings, and illustrations. Smith describes the 1820s as the decade when “exchanging Christmas presents went mainstream” with a beautifully packaged book as the gift of choice. Smith describes the gift book’s rise in the early 19th century as the catalyst for our modern publishing schedule where a large number of hardcover books are published in the late autumn so that they might be marketed as Christmas gifts.

Portable Magic also provides myriad examples of book censorship, burning, and other forms of suppression. The author additionally raises the question of whether books that advocate an evil or nefarious agenda should be published. For example, Smith dedicates an entire chapter to the history of Adolf Hitler’s Mein Kampf which is entitled “Mein Kampf: freedom to publish?” Initially published in two volumes, in 1925 and 1926, Mein Kampf had a limited readership. It was not until after Hitler’s rise to power in the 1930s that the book was republished in a single-volume format and distributed to 12 million households largely at the state’s expense that the book achieved a high level of fame. Mein Kampf became a physical symbol of Hitler’s ideology which advanced the anti-Semitism which led to the Holocaust and the extermination of an estimated six million Jews. Mein Kampf also become fodder for a free speech debate in 1933 when Houghton-Mifflin published a significantly compressed U.S. version entitled My Battle for educational purposes. The publisher was widely criticized for not only giving Hitler’s manifesto more visibility but for leaving out its most egregious occurrences. Houghton Mifflin was ultimately pressured into donating royalties from the book and its subsequent editions to charities that benefit Holocaust education.

Smith also makes the case that books have been used for various non-reading functions. A book does not even need to be opened to have a ritualistic value. For instance, presidents and other elected officials take the oath of office by placing a hand on the cover of the Bible without turning a page. Books also have been used for physical and emotional protection such as the steel-covered pocket Bibles that were marketed during the First World War as gifts for servicemen to wear in battle.

Given Smith’s affection for the tactile qualities of books, it comes as no surprise that she is less enthusiastic about electronic books. She differentiates between an e-book, which she describes as “intangible,” and an e-reader, which more closely mimics a physical book. While Smith allows for the practicality of electronic books, she criticizes them for mirroring the features of hard copy books without enhancing their functionality. Although her observation that electronic books lack the sensory experience of their physical counterparts is well-taken, she fails to acknowledge that an electronic book is by definition far more portable and shareable than a hardcover.

Portable Magic: A History of Books and Their Readers is a fascinating chronicle of the power of books to shape our physical, social, and emotional environments. Smith has succeeded in writing a book that provides insightful historical touchpoints and sparks contemporary imaginations.