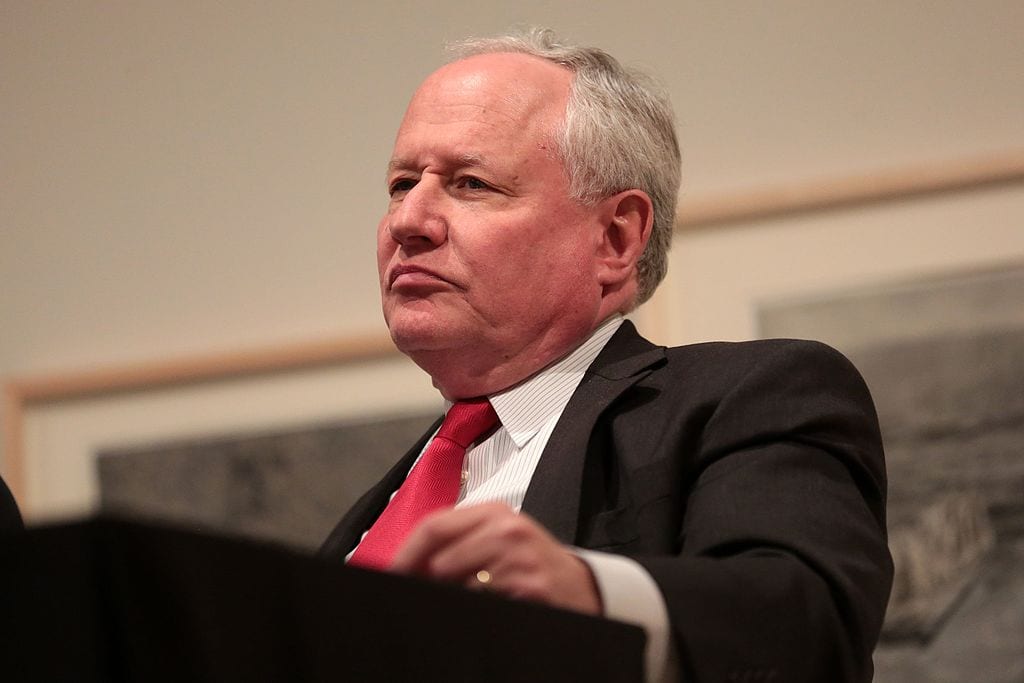 Death by internet seems a tempting obit but it does not capture the self-inflicted nature of the magazine’s demise. Like the obituaries of others who “died suddenly at home” at 23, an accurate death notice for the Standard requires some reference, however oblique, to the magazine killing itself by rebuffing its lifeblood, conservative readers. The notion of a “Never Trump” publication appealing to a mass conservative audience during The Donald’s reign seems a difficult trick to pull off. The Standard sought to walk this tightrope by transitioning from Bill Kristol, now a familiar talking-head to MSNBC viewers and 140-characters-or-less-wordsmith to Twittericans also following Katrina Vanden Heuvel and Paul Krugman, to the able and less alienating Stephen Hayes as editor seemed a last-ditch survival gambit. But the magazine’s convoluted identity, aiming for that sliver of conservative America still not sold on a tax-cutting scourge of political correctness who appoints solid judges to the Supreme Court, unsurprisingly did not attract much of an audience.

Perhaps the magazine planted the seeds of its end much earlier.

The Standard realized its ambitions in Iraq and thereby propelled its demise. After the failure of its ideas in action in Mesopotamia discredited the crusader-state refrain found in its pages, the Standard’s dream turned into a nightmare. Conservatives slowly drifted away from the muscular foreign policy of the George W. Bush administration and the magazine so closely identified with it. It influenced the powerful, and then it influenced readers to read elsewhere.

One might venture to the magazine’s founding for reasons for its eventual demise.

One of its competitors noted at its founding that “it seems altogether possible that did NATIONAL REVIEW not exist, no one would have invented it. The launching of a conservative weekly journal of opinion in a country widely assumed to be a bastion of conservatism at first glance looks like a work of supererogation, rather like publishing a royalist weekly within the walls of Buckingham Palace. It is not that, of course; if NATIONAL REVIEW is superfluous, it is so for very different reasons: It stands athwart history, yelling Stop, at a time when no one is inclined to do so, or to have much patience with those who so urge it.” The founding editorial admitted, “NATIONAL REVIEW is out of place, in the sense that the United Nations and the League of Women Voters and the New York Times and Henry Steele Commager are in place.”

“And so the most respected Public figure in America joins the Republican party,” Kristol celebrated. “That continues to worry some conservatives, who fear his influence on the GOP. They consider centrist Powellism a greater danger to the conservative cause than radical Buchananism. Voters and Republicans clearly disagree.”

The magazine that transcended its times lasted. The one mired in them could not adjust to them changing — or adjusted to them too much.

Take, for instance, the publication’s response to the changing fortunes of big government during the Clinton years. The year after declaring “We Win: ‘The End of Big Government Is Over’” on its cover, the Standard schizophrenically called for “A Return to National Greatness” in the same spot. The David Brooks-penned piece seemed a response to a conversation nobody was having. This familiar problem for the Standard became the problem for the Standard, a supply-driven phenomenon powered by donors and editors in search of a magazine and not by public demand to read such a magazine. Perhaps this describes all “Little Magazines” to some extent. But one so donor dependent ceased, as its bloated masthead indicated, to fit the “little” designation. This made survival difficult once the cash cows resisted milkings.

Not all articles left marks, like Brooks’s ode marble mausoleums, screaming for Tide Pods. The Weekly Standard gave most of America its first glimpse of Tucker Carlson; highlighted the humorous thoughts of the tremendously talented but then unknown Matt Labash; offered arresting artistic imagery (see the picture-tells-a-thousand-words cover of this year’s first number, “Telemarketer Hell”), and consistently achieved the goal of every good magazine in publishing at least one enjoyable and enlightening piece, Vic Matus’s “Vodka Nation” serving as a personal favorite.

Perhaps the Standard pulls a Mark Twain in rebutting reports of its death through its continued existence. Even so, its position seems analogous to one eulogist’s take on a long past-sell-by-date Huey Newton expiring in 1989 — that he died a long time ago and his body finally caught up to the situation.