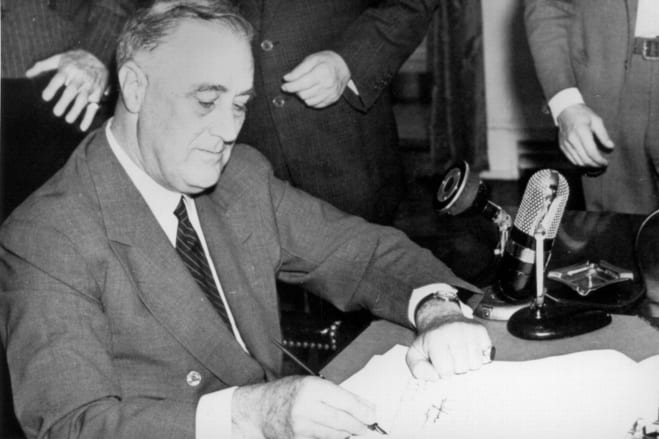 The American Political Science Association (APSA) released its periodic rankings of American presidents earlier this week. The list tells us more about the APSA than the presidents.

The survey strangely ranks Harry Truman, Barack Obama, and Lyndon Johnson in the top ten. Woodrow Wilson comes in at 11. Calvin Coolidge and Grover Cleveland, just as strangely, appear in the bottom half of the list. Warren Harding, a worn punching bag for academics, appears at 39 despite returning America to “normalcy” after foreign adventures and ushering in prosperity through a massive tax cut. Although Ronald Reagan cracks the top ten, presidents championing the free market over an activist state generally fare poorly. And Donald Trump, perhaps unsurprisingly given his unpopularity on campus, ranks dead last despite his work-in-progress presidency.

“Such snapshots of academic opinion can sometimes yield clues about trends in scholarship concerning individual presidents,” historian George Nash tells The American Spectator. “Thus Reagan and Eisenhower, for instance, have tended to go up in the rankings with the passage of time. But in general, polls of this kind seem to me to have little value.”

Nash, the author of The Conservative Intellectual Movement Since 1945 and a biographer of Herbert Hoover — a president regularly ranking low among academics (#36 here) — seemed an ideal figure to reach for comment on the list. As a conservative, historian, and champion (somewhat) of an occupant of the Oval Office derided by so many of his peers, he looks at the APSA rankings as an outsider. Unsurprisingly, he sees this list, and these lists in general, as more parlor game than political science.

“I have never been comfortable with surveys of presidential rankings,” he informs The American Spectator. “I find most of these surveys to be more like parlor games than distillations of scholarly judgment. What, really, does the public learn from these exercises? Too often the rankings seem to reflect presentist and ideological biases that tell us more about the polling sample than about the historical figures being evaluated for greatness.”

But place as much as politics skews the rankings.

“In the current survey, for example, it is notable that most of those deemed the ‘greatest’ presidents served in the twentieth century,” he explains. “Really? Or is this tilt in the rankings simply a reflection of the fact that the 20th century was a period of great wars and expansion of the State? Hence most of those who served as president in the 20th century were inevitably more consequential figures (for good or ill) than were many who lived in the 19th century, when the powers of the presidential office were much more limited.”

Nash asks, “But are consequential presidents necessarily great presidents? And are relatively quiescent presidents (like Coolidge, in the stereotype) necessarily less great and less to be esteemed? Presidential greatness surveys rarely address such questions explicitly. Instead, the public is given a numerical tally that verges on the pseudoscientific. In the latest survey, for instance, we are told that Carter ranked higher on the ‘greatness’ scale than Coolidge and George H. W. Bush. Really?”

“Such snapshots of academic opinion can sometimes yield clues about trends in scholarship concerning individual presidents,” Nash concedes. “Thus Reagan and Eisenhower, of instance, have tended to go up in the rankings with the passage of time. But in general, polls of this kind seem to me to have little value.”